The Contentious Topic of Cultural Appropriation

NJAL’s contributing editor Sass Brown takes on the contentious topic of cultural appropriation in fashion, without depending on the reductive binaries of “high” and “low” culture. It’s time to understand the difference between appropriation and appreciation, and examine fashion’s fetish for recklessly swiping from other cultures as more than simply appropriation, but blatant exploitation and theft. Can the fashion industry move beyond aesthetic poaching from marginalised peoples?

Cultural appropriation for design inspiration is the norm in the fashion industry. As young designers learning the system, we are taught to mine inspiration wherever we find it, to mix ancient cultural symbols with recent fashion trends, fine art and architecture without consideration to anything but the creative process. In education, we traditionally teach students to delve into other cultures as a rich repository of inspiration. We do not however teach them how to give back to the cultures they benefit from. In fact, the topic of ethics rarely comes up in reference to design inspiration, except in the most blatant of cases where it overlaps with plagiarism. This model of design appropriation for inspiration no longer works, and if Light Years IP and the Maasai IP Initiative Trust Ltd get their way, they will ensure it doesn’t continue without some recompense to the communities that inspire profits for others.

No people have been exploited more extensively for inspiration than the tribal people of Kenya; the Maasai. More than a thousand companies sell a wide range of products from clothes to cars that use the name Maasai, or utilize cultural symbols of the tribe; none of who ever thought to ask permission. Some brands have even asserted legal ownership over the Maasai name and symbols by registering them as a trademark. All without any knowledge, rights of approval or refusal by the Maasai themselves. This has led to the development of the Intellectual Property Rights of Indigenous People: registered in December 2010. The Maasai people are asserting intangible value to the use of their name and cultural assets, managed by Intellectual Property Rights. The proposal itemizes specific Maasai symbols and codes, including the headdress, shoes, red cloth, shield, spears and necklaces, they also seek to brand the specific shade of red used in their robes, just as Tiffany did with eggshell blue. Ultimately they seek to regulate the use of their image, giving them rights of approval, and release, allowing them to license their image or symbols as they see fit, and to give them the ability to sue your ass if you use them without their permission. And why shouldn’t they? 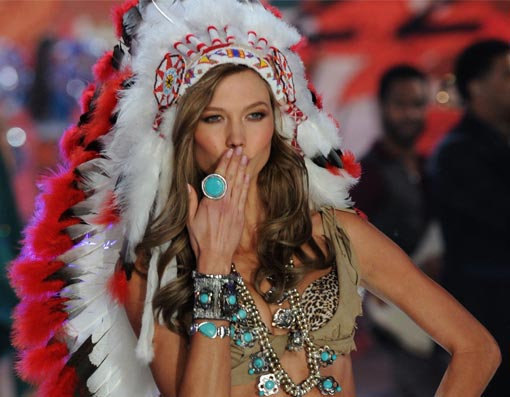 It's a bit of a slippery slope in some ways, regulating the use of cultural symbols, as rules could easily be misinterpreted as political correctness for dress, but that’s not the purpose. It’s about understanding the value and traditions of the symbols that are appropriated to ensure that their use is appropriate, and benefits those they belong to. It’s not enough to believe you are ‘honouring’ another culture through your use of their symbolism. In a time when information is just a few clicks away, there is no longer any excuse not to fully understand the embedded codes of the items that so inspire you. Many cultural symbols have very prescribed uses, often ceremonial and sacred, and their misappropriation for other uses is in fact interpreted as a dishonour, not an honour. Think of Karlie Kloss donning a Native American headdress on the runway for Victoria’s Secret; the outcry from various tribal spokespeople was unanimous and damning, resulting in a public apology from Victoria’s Secret to all First Nations people, and the removal of the images from all post collection PR. The traditional Native American feathered war bonnet can be considered as akin to a Medal of Honour, such as a purple heart. A traditional headdress is created by hand from individual eagle feathers, each one earned and worn as a symbol of leadership, not donned as a fashion accessory. 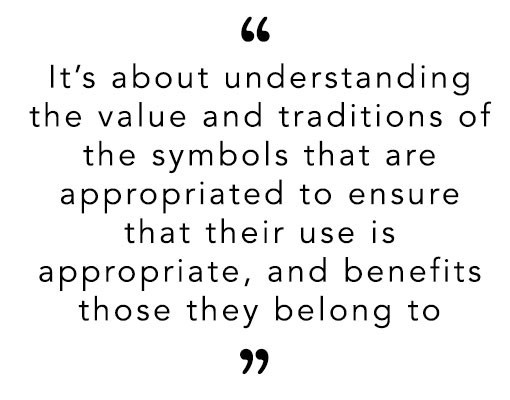 There have been too many examples in the past of cultural appropriation in the commercial space, peppered with occasional outcries, but followed with business as usual, and yet more cultural appropriation in the name of inspiration. A significant component of Louis Vuitton’s Spring Summer 2012 collection revolved around the iconic Maasai shuka, a traditional bright red checkered wrap, worn by men in the tribe in a myriad of variations. The shuka in Louis Vuitton’s collection was worn as scarves, wraps, shirts, sarongs, and even as draped dresses, and a puffa jacket in the women’s collection. Junya Watanabe’s Spring 2016 menswear collection was entirely African themed, with models sporting dreadlocks, Maassai beaded collars and Dutch waxed cotton prints. Models strutted down the runway with African masks and spears in hand, without a single model of African descent in the line up, and with the show located in the Museum of Immigration in Paris. The collection was widely renamed the Rachel Dolezal collection in the press, after the infamous NAACP President who ‘identified as black’, but was in fact decidedly not of African descent.

The West has a long history of taking what they want from other cultures, while impressing the superiority of their own. Cultural ‘others’ are required to adopt Western dress, as an act of survival in the workplace, while Westerners adopting a Native American headdress at a music festival for example, does not constitute an equal cultural exchange, but instead, an exercise in privilege. For a cultural exchange to be honest and true, there needs to be mutual understanding, equality and respect.  Like racism versus prejudice, the root here is privilege. If you are appropriating symbols of someone else’s culture without any knowledge of their meaning and without as much as a by your leave, then that is cultural appropriation. If you add profit into the equation, then its straight up theft, especially if the group whose symbols you appropriate are struggling for survival, land rights, water access, education and health care. 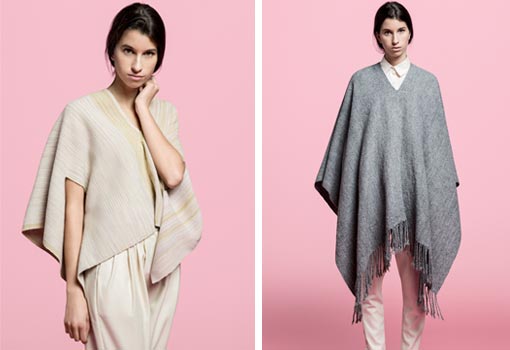 Thankfully, there are designers and brands doing the right thing, and working directly with artisans around the world to ensure that inspiration benefits those that inspire. From Maiyet who works at the luxury end of the industry with Varanasi weavers in India, in partnership with the not for profit NEST, NJAL's own Carla Fernandez to young designers like B Yellowtail, a Native American designer, well versed in the meanings of the symbols and codes of her tribe and using them with respect and knowledge. Zurita in Santiago, Chile who work with the Mapuche’s long tradition of vegetable dying and hand looming, and with whom she works side by side to produce her collection, respecting the traditions that surround their weaving. Sidai Designs who work directly with Maasai women to produce a beaded jewelry collection based on tradition, but reinterpreted to appeal to a contemporary Western audience. There are no shortage of examples of how to transcend design colonialism and truly honour the artisans and cultures that fire your inspiration, but sadly there is also no shortage of examples of out right cultural appropriation and cheap knock offs of time-honoured traditions. The difference is, the former garner respect, while the latter only public shame and ridicule.