Sustainable fashion is a complex discussion because multiple stakeholders (i.e. governing bodies, corporations and businesses, media, and consumers) are involved. Legislators’ intervention is critical for the implementation of laws that hold fast fashion businesses accountable for “greenwashing” and unethical practices. However, there is an onus on the consumer as well to live a sustainable lifestyle. Education of the consumer is key and one of the components of this has been the emergence of “sustainable fashion influencers” that champion the message since they wield the power to “influence” and “inform” their followers on various social media platforms. However, it is possible that sustainable influencers may unknowingly (or knowingly) promote companies that do not hold sustainability as a core value for the sake of gaining brand partnership deals. This raises the question as to how much we can rely on social influencers to be credible voices and promoters of sustainable fashion? And should we hold these influencers the same standards as we do for fast fashion companies?

Since I last wrote about current perspectives of sustainable fashion, there has been some progress on the legislation front that targets overproduction and microplastic waste issues. For example, the UNEA Resolution was drafted during the United Nations Environment Assembly this past March, 2022, with the intent to “end plastic pollution” by the end of 2024. This is the first international treaty aimed at providing a harmonized roadmap to minimize global plastic wastes. In addition, the EU has proposed new mandates geared at preventing fast fashion companies’ overproduction, treatment of unsold products, and greenwashing campaigns that deceive consumers. These guidelines may not completely end plastic use per se, but are expected to have additional pros such as mitigating greenhouse gas emmission. Seeing these pragmatic proposals is encouraging, but in my opinion I still do believe consumers making the conscious decision to buy less and choose to live in a more sustainable way will be key to success. 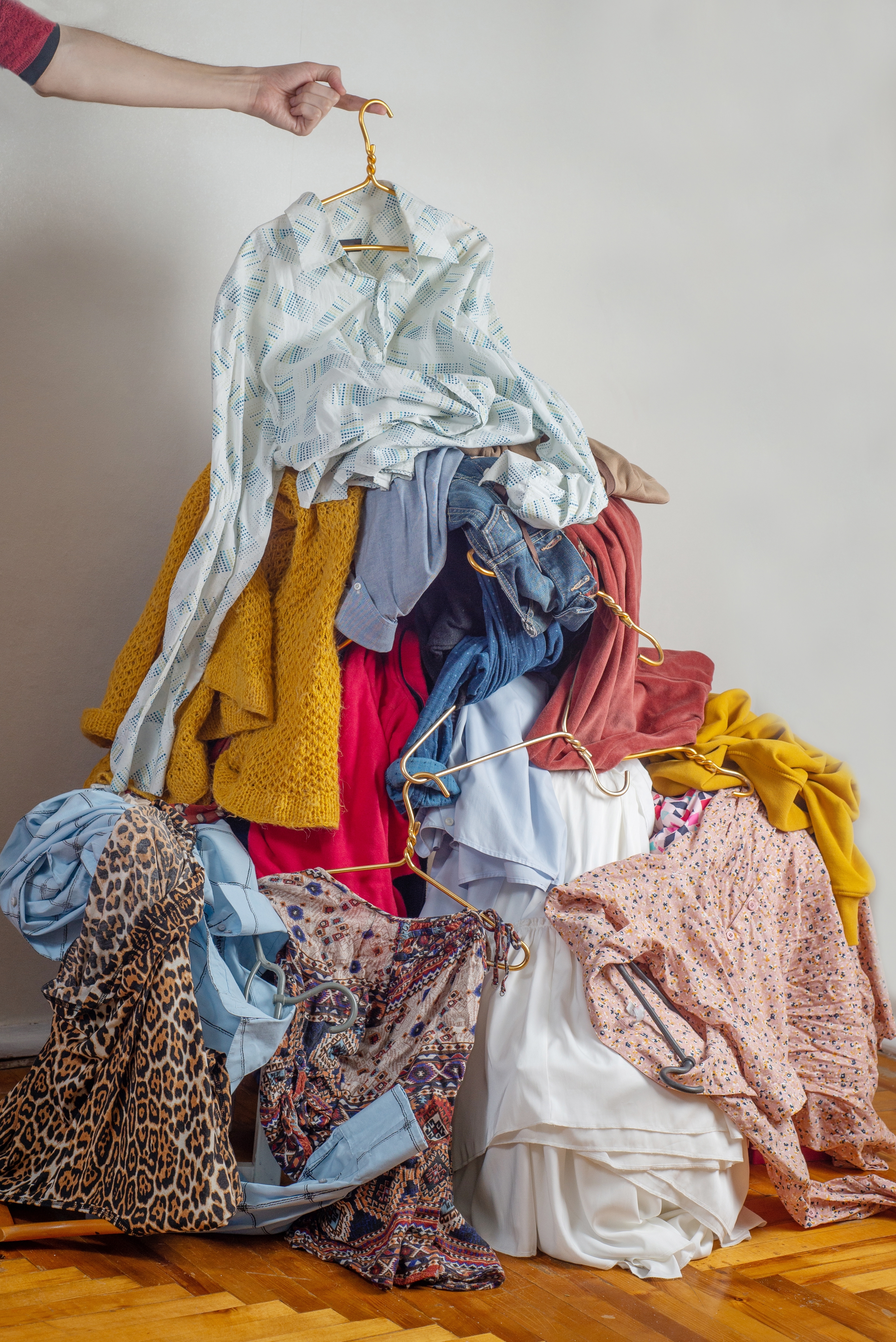 It is worth noting that since emerging from the pandemic and a near return to normal business operations, corporate spending on influencer markets has expanded by 42% in 2021, and is expected to reach a staggering $15 billion by the end of 2022. Companies actively recruit influencers to promote their product or service because “influencers are seen as credible sources, almost like friends, but marketers are not,” says Sevil Yesiloglu , a senior lecturer in advertising and digital communications at the University of the Arts London and co-editor of the book Influencer Marketing. According to a report, 1 in 5 Americans will purchase a product or service based on the recommendations of influencers. For this reason, just like businesses are placed under a magnifying glass for their “green” claim, sustainable fashion influencers who speak about eco-consciousness and ethical practices should also be held to a high standard. 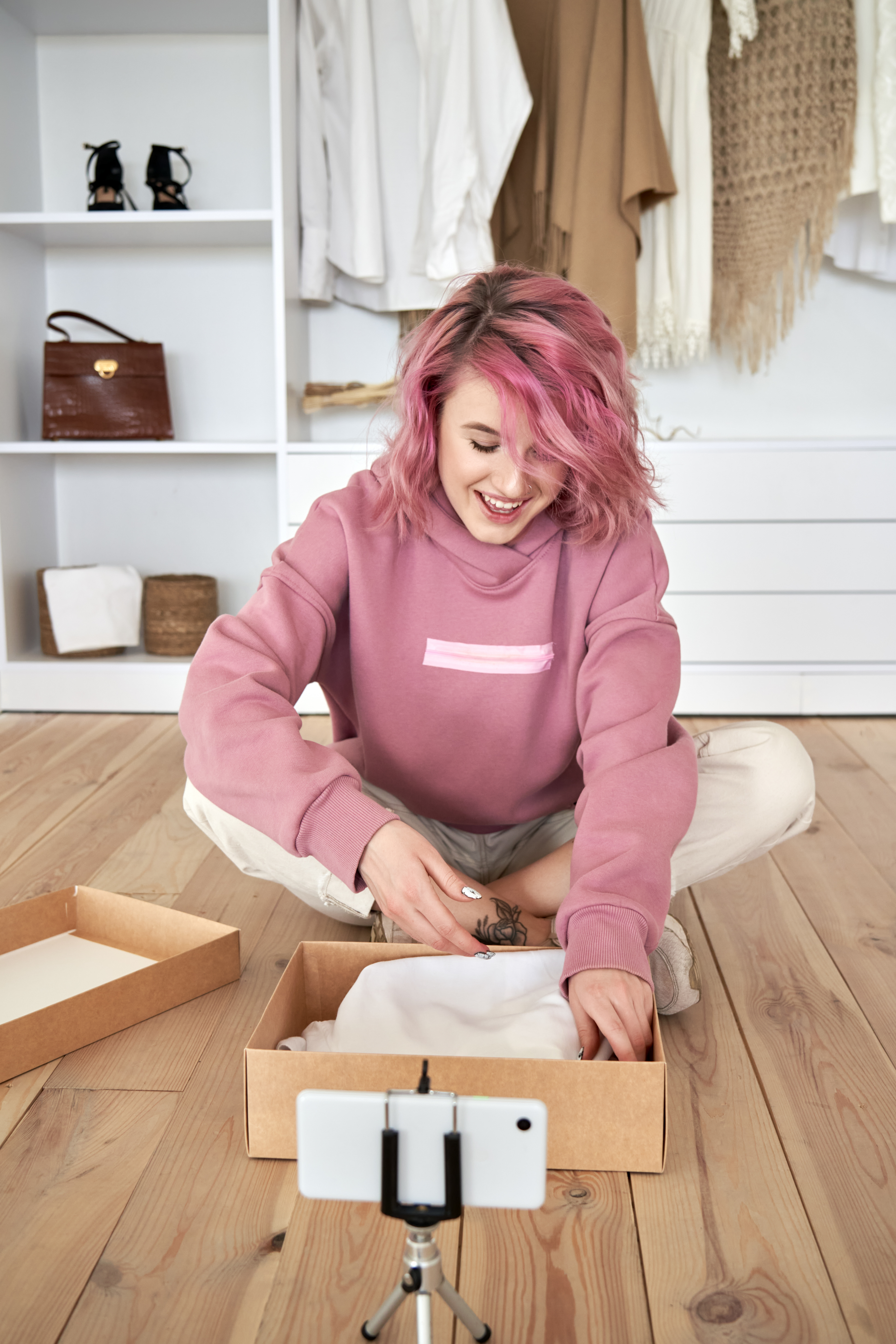 To some, the name “sustainable influencers” is an oxymoron because the nature of an influencer is inevitably based on paid brand partnerships to promote products, which leads to consumption. The products that are advertised, regardless of the manufacturing process, are still utilizing the finite resources of our planet. And some people would even argue that ethical consumption can’t coexist in the same equation with capitalism. An article that I came across used the term “boutique activism”, in which David Abraham, designer and creative director of fashion label Abraham & Thakore, described it as “shop for a cotton shirt in the morning and sit on a panel in the afternoon to discuss the burden of excessive consumption.” I think this term can be applied to the concept of disingenuous sustainable fashion influencing. Especially, in the context of social media platforms that once were used to make connections but now have become just another avenue to sell products and personalities. 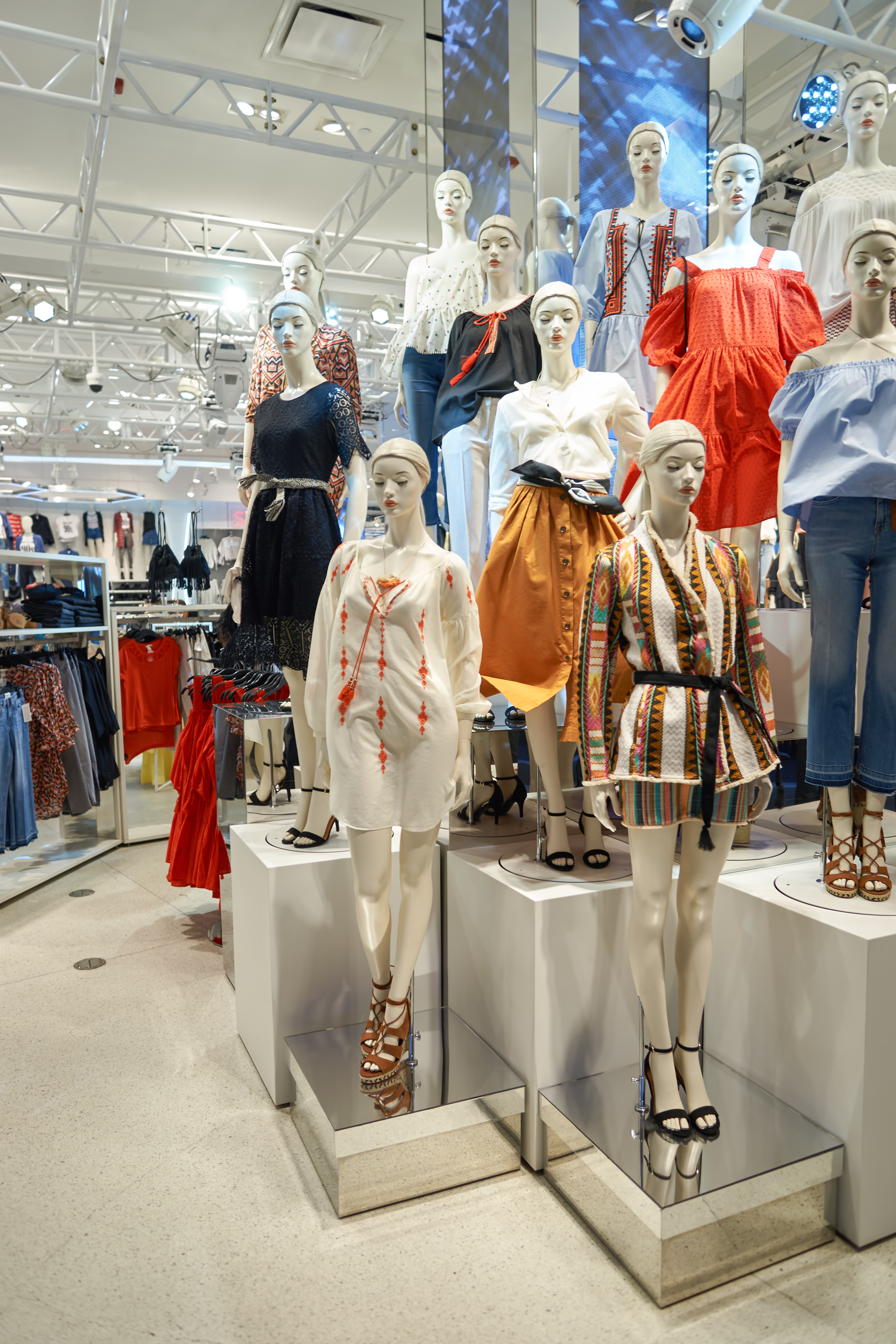 A great example of “boutique activism” can be observed during festival season. In recent years, music festivals like Caochella are seemingly no longer about the music but rather who’s there to be seen, and who’s wearing what on social media. Fashion companies engage this revenue opportunity and sponsor influencers to promote their brands. The hypocrisy or conflict of interest lies with influencers who claim to be “green”, “sustainable”, or “eco-conscious” but are still working in partnership with fast fashion brands like Shein, Boohoo, H&M, Free People and Revolve. Revolve had even set up their own disastrous invite-only influencer event this year, called the “Revolve Festival” at Coachella. The truth is, monetary incentives involved with influencer work may result in overlooking fast fashion brands’ true practices, which are often abhorrent. The Business of Fashion has reported a boost of 173% of online sales of festival items during Coachella across multiple fast fashion sites as compared to 2019. This translates into large amounts of poor quality clothes that end up in landfills post-festival. This reiterates that sustainable fashion is not just about regulation and business remodeling, it’s also about the consumer's conscious decision to stop promoting the ongoing cycle of overconsumption. 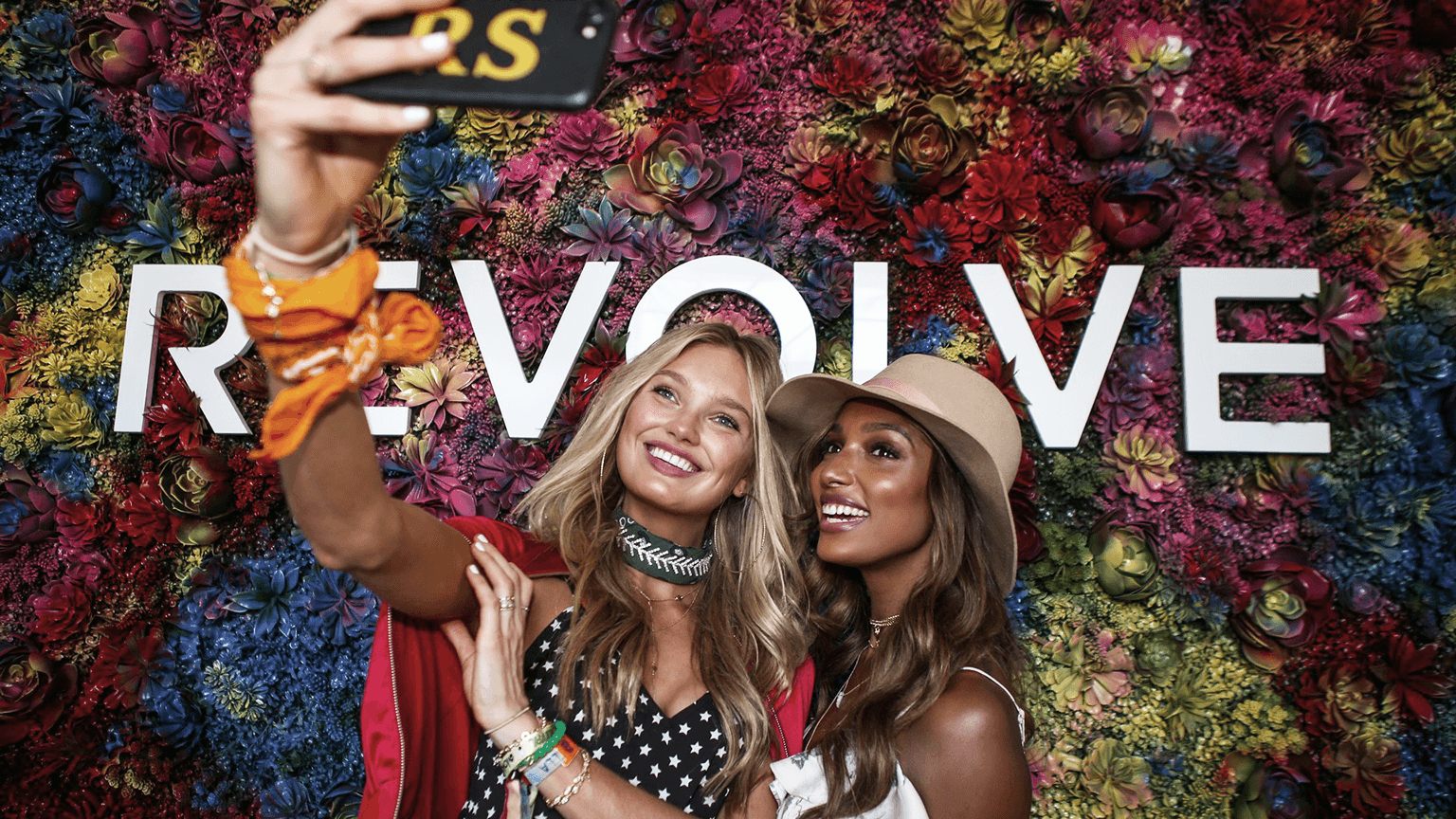 Granted, not all sustainable fashion influencers promote greenwashed products and there are ones that are adamant about their sustainable practices. We also need to keep in mind that we are living in a capitalistic society so any products influencers promote to their audience will seem ironic to their desire to divest from overconsumption. As Beth Rogers recently suggested in the New York Times, the best way for influencers to deal with that is to “hold space for it and not try to back away or ignore it”. Some also believe the existence of influencers on social media is to use their platforms to bring more focus and discussion on the subject of sustainable fashion. “If influencing is a way to get more people to be aware of sustainable practices then it’s not an oxymoron” said Pia Rey, a wardrobe stylist and a fashion sustainability contributor for Vogue Mexico. Afterall, they are the ones who have the ability to educate and spread the right message to their loyal followers. 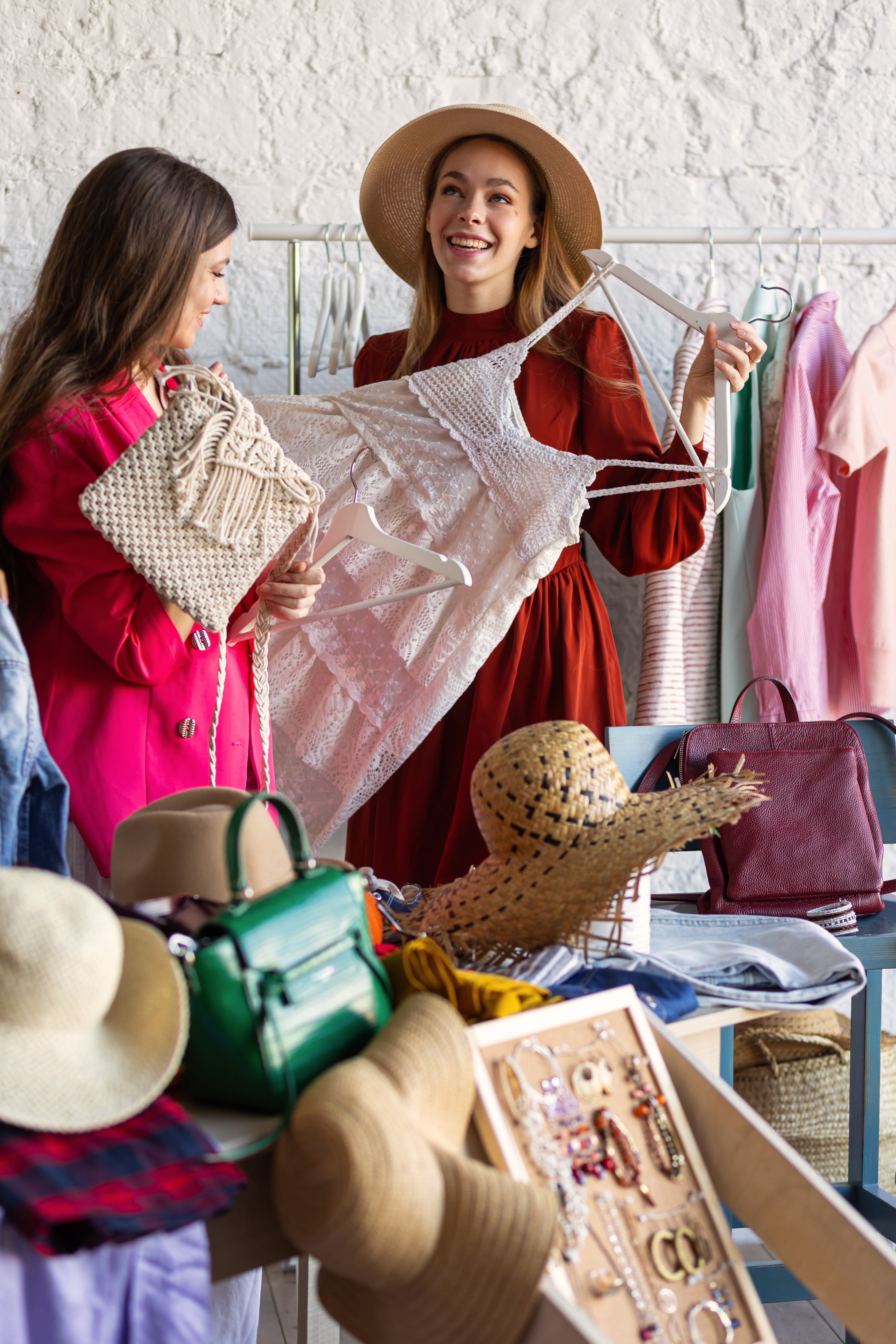 Still, sustainable influencers may perpetuate the idea of constant newness by buying more clothes for photos and videos as their social media contents. It is also confusing at times the definition of sustainability stands for different things depending on the influencer. For example, some might practice avoiding fossil-fuel polyester clothing or only promote brands that will only use recycled materials, while others will only shop at thrift stores. In a piece by The Voice Of Fashion, the blunt response is that there shouldn’t be this confusion, because just as companies are assessed for how legitimate their green claims really are, sustainable influencers should also be put through the same grind on their sustainability claims. But of course this is easier said than done as currently, no standardized or accredited foundations/institutes exist that can act as a “watchdog” to aid the consumer in sorting the profiteer influencers from those that really care about the cause. When it comes down to it, consumers should conduct their own research from reputable sources. Aside from promoting brands and their lifestyle, perhaps it would be also worthwhile for influencers to put their voices and actions behind legislation that could advocate for a more sustainable and ethical garment industry. The Garment Worker Protect Act, or the extension of the Bangladesh Accord are examples. If we truly care about preserving our planet at all as consumers, we should have the power to call out any hypocrisy of sustainable influencers and withdraw support from those not aligned with sustainable practices.