Distraction methods, empty promises and outright lies – are big name brands really as ethically focused as their social responsibility strategies and eco initiatives suggest? Companies may be increasingly aware of the necessity of sustainability but growing consumer awareness also makes it extremely profitable. With this in mind, NJAL investigates the grey area of green marketing in fashion. Is it really a case of false advertising? How can we find out a brand’s true credentials? Can emerging designers promise more transparent alternatives?

There was a time when ‘going green’ and supporting fair-trade would result in you being called a hemp-wearing, tree-hugging hippie, fit only for granola jokes. Yet increasing concerns over labour rights abuses, global warming and resource shortages mean corporate social responsibility is not only a hot topic now but a powerful marketing tool.

According to Positive Luxury (2016 Predictions for the Luxury Industry), 88% of UK and US Millennials and Generation Xers believe brands need to do more good, not just ‘less bad’. High-street brands and luxury conglomerates alike are meeting this demand with anything from ethical capsule collections to recycling initiatives and charity partnerships.

Even Karl Lagerfeld was willing to add a bit of cork and wood shavings to a Chanel collection and recycle the runway in a bid to seem eco-aware. While the latter should be taken with a pinch of salt, recent revelations and a bit of digging make it easy to question how committed even the most active companies really are to their word. 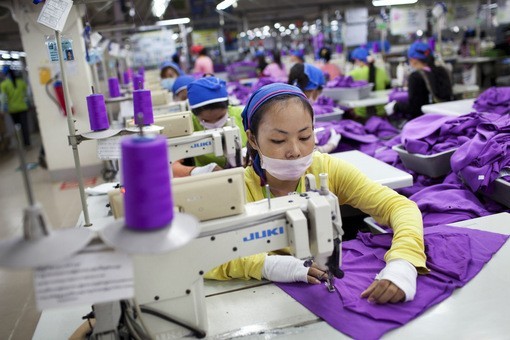 “Since Rana Plaza [a major factory collapse that killed 1,134 Bangladeshi garment makers] there has definitely been a rise in brand CSR speak as sweatshop issues have been headline news and consumer awareness has increased,” says Ilana Winterstein from Labour Behind the Label. “We have found that although some brands might be publicly asserting their ethical credentials, this does not necessarily play out on the factory floor.”

Their most recent offender was Marks & Spencer, where the multinational retailer’s factory workers in Sri-Lanka, India and Bangladesh were found to be earning less than half what is required for a decent living wage (Labour Behind the Label). Marks & Spencer have been celebrated for its award-winning Plan A CSR strategy and claimed in 2015 to have achieved the 2010 target of implementing a process ensuring its suppliers are “able to pay workers a fair living wage”.

Before that, it was H&M, the conscious darling of the high street. Despite it apparently committing to fair working standards, the Swedish retailer has not even managed to achieve basic fire safety regulations in its supply factories (Clean Clothes Campaign) and H&M workers were recently found suffering poor living conditions in factory-run hostels (The India Committee of the Netherlands). The brand promotes its longstanding partnerships with UNICEF yet found Syrian refugee children working in its Turkish factories in January and it claims to be one of the world’s leading users of organic cotton but this still only amounts to 13.7% of total garment production. 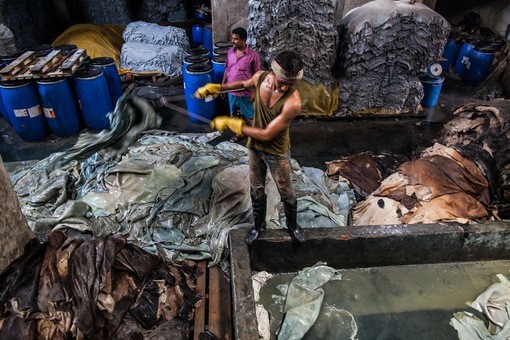 Are we being realistic though? Should we expect big brands with globally established business and manufacturing structures to be faultless or should we consider the transition to full sustainability and ethical practices will be gradual? As Orsola de Castro, founder of Estethica, London Fashion Week’s ethical trade fair puts it: “at this point in time the biggest 'offenders' are also the biggest investors in sustainable solutions.”

Both H&M and Marks & Spencer are members of the Ethical Trading Initiative (ETI), a leading alliance of entities promoting respect for workers' rights around the globe. “ETI recognises there will be times when all brands, no matter what their size, will come across labour standards issues in their supply chains,” says Martin Buttle, its Apparels and Textiles Lead. It is true the supply chain is not quite as simple as it may seem given a brand’s suppliers often secretly subcontract the work out to other factories and homeworkers who have little access to or knowledge of labour rights. In fact 71% of companies believe there is a likelihood of modern slavery occurring at some stage in their supply chains (Ethical Trading Initiative).

“When that happens, what’s important is to take action to put things right and arguably big brands are leading in this respect,” says Buttle. “They have the money, they can afford to employ corporate social responsibility and ethical trading teams and are also very aware of the reputation risks attached to worker exploitation.”

H&M and M&S have taken steps to improve the ethics and sustainability of their companies yet has the influence they hold really been effective in vital ways? “Even in something as relatively straightforward as having safe buildings, companies are still stalling,” says Sam Maher from the Clean Clothes Campaign. “H&M and others are able to force suppliers to deliver goods ever more quickly and at an ever decreasing price. With their influence and purchasing power, they could change that business model fairly quickly if they decided to abandon it.” 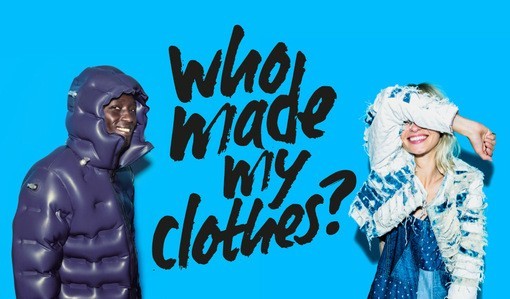 Technically the two are more honest in their supply chain and sustainability reporting than many other companies. H&M has released a list of its supplier factories and M&S not only promises to do that this year but also admits to targets that are behind the plan or have not been achieved. Even so, “in most cases CSR reporting is at the very least misleading,” Maher explains. “It rarely provides a balanced view of the situation and largely only gives the information that brands want consumers to see.”

So, how can we mediate these murky marketing waters and pick the truth from the spin? Organisations such as Labour Behind the Label and the Clean Clothes Campaign are campaigning for brands to release their suppliers lists, accept independent auditing and make that audit information publicly available. This would also make it easier for companies to be held accountable. There has been a great deal of debate about using political intervention to enforce regulations and create a standardised assessment process too. However, this can be a challenge when most manufacturing happens in countries where corrupt governments and the fear of losing business prevail. 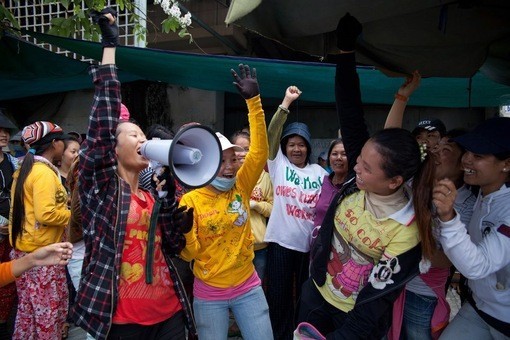 “At Fashion Revolution we suggest that the public ‘be curious, find out, do something’,” says de Castro. “Knowledge remains the main weapon to start a process of positive change.” The information age has its virtues and thanks to the development of digital rating guides it is now easier than ever to find out about a brand’s ethical credentials from independent sources.

Project JUST is just one in a number of established start-ups providing consumers with concise but thorough information on well-known companies. Partially aided by crowdsourcing, its co-founder Natalie Grillon explains, “Shoppers can make more informed purchasing decisions by having readily available and accessible information”.  Meanwhile the Good On You app, launched at the end of last year, tailors brand ratings based on user preference towards labour rights, animal protection or the environment. It currently has ratings for about 1,000 brands with plans to expand. 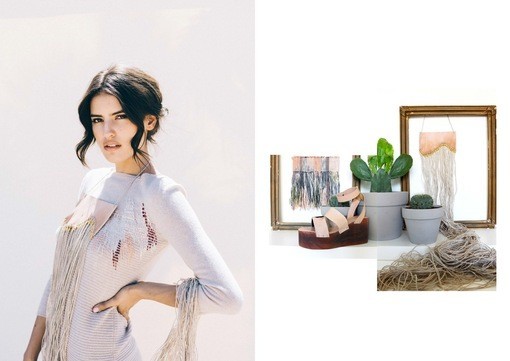 Hope also lies in the next generation of independent designers who are building their legacies based on radical transparency, sustainable practices and an entirely different design philosophy. “The energy around sustainability feels rooted in this next generation of designers because we are entering the industry in a globalised world, with the accessibility of information and a demand for transparency,” says Teslin Doud, the designer behind the slow fashion womenswear brand Teslin. “Sustainability is our future; consumers are demanding it, universities are teaching it and emerging designers are embracing it.”

If aiming for the ultimate goal of transparency, it is difficult to beat Yoshiyuki Minami whose brand, Manonik, keeps a studio diary and can trace its sourcing right back to the ethical farmer who provided the wool. “Fashion is an investment and our most effective vote toward the future we like to see,” he says. 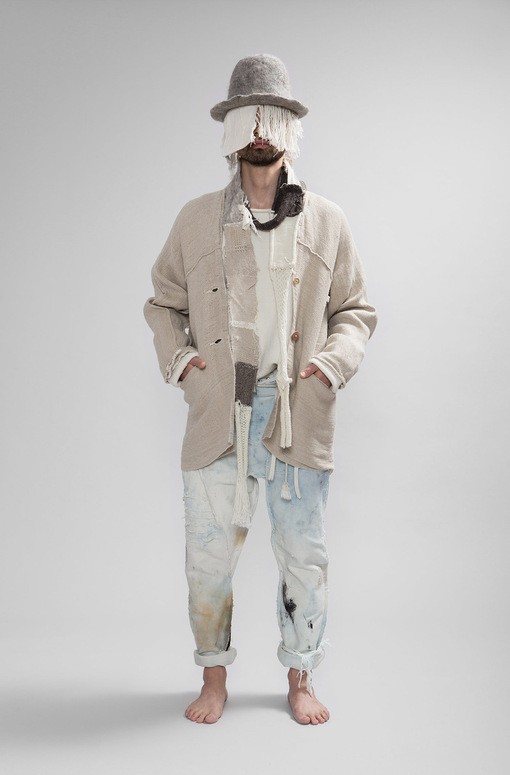 At the end of the day, transparency from brands can empower the consumer but transforming the industry as a whole must be a collaborative effort – something fashion does so well. “It’s about the public asking brands, brands enforcing better practices on their suppliers, suppliers demanding that governments take responsibility,” de Castro points out. “It’s a big job that must be undertaken by society as a whole, as it is about our values and survival.”

Indeed greenwashing is detrimental but it is only a battle in the war.