Can Fashion be Truly Subversive When it Comes to Gender?

It’s official. Gender is in fashion. Non-binary gender identities have become a significant part of mainstream conversation recently. Since the transitioning of public figures such as Caitlyn Jenner and the rise of trans models of the moment like Hari Nef and Andrej Pejić, transgender issues have been getting the spotlight they deserve. But what role does fashion really play in demystifying and raising awareness around transgender issues?

Fashion has a history of responding to shifts in our cultural consciousness, co-opting and repackaging counter-culture with an alarming lack of meaningful consideration towards the people or ideas that are being appropriated. Karl Lagerfeld’s mock demonstration show for Chanel in 2014 is a case in point. If you didn’t witness it at the time, it essentially involved a megaphone-wielding Cara Delevigne leading an overwhelmingly white casting of models down the runway with signs that declared, ‘Make Fashion Not War’, ‘History is Her Story’, ‘We Can Match the Machos’ and ‘Boys Should Get Pregnant Too’. I needn’t point out this was no real representation of third-wave, intersectional feminism. Karl Lagerfeld had no intention of making an authentic feminist statement, the show was of course nothing more than a marketing exercise.

If fashion so flippantly disposes and over-ascribes labels, blindly following the market’s dictation of what is currently in vogue, how much of the industry’s current pre-occupation with gender can be taken seriously? It’s a complicated question to unpick, one that is inextricably bound within cultural and historical frameworks. When considering fashion’s representation of gender in the present, it becomes profitable to reflect on it’s representations in the past. Yves Saint Laurent’s Le Smoking suit, Coco Chanel’s trousers or Giorgio Armani’s power suit are all frequently cited as examples of female empowerment and the convoluting of menswear and womenswear. While these garments did play a significant role in changing perceptions around the ways in which men and women should dress, when taken out of their contexts and hailed as subversive today, they become flawed. To refer to the words of trans-gender model, Hari Nef, “If [a woman] is sourcing [power] from a signifier of stereotypical masculinity, then how sustainable is that?” She continues, “if [a woman] is putting on [a suit] and taking it off, is that really a subversion of gender binaries or is just a reinforcement of that binary as we know it?” 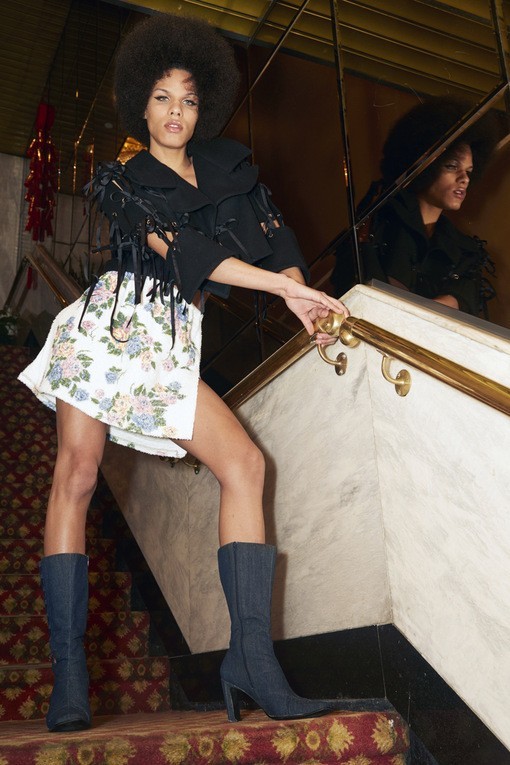 Nef makes a highly relevant point in relation to our cultural knee-jerk association of gender binary disruptions with the garments themselves rather than the person or identity behind them. The knife sharp power shoulders of the eighties are a pertinent example - they gave women the aesthetic associations of power and dominance through the physical appearance of having broader shoulders like a man. Fast forward to today and society has moved on but fashion remains much the same. Despite the fact Burberry and Gucci have eschewed the traditional fashion schedule in favour of genderless shows, they will still be predominantly designing clothes made for either a man or a woman.

Brands such as high-street giant Zara are guilty as charged when it comes to commodifying gender issues. Zara, in the words of The Independent, “join[ed] the gender blending movement by releasing a 16-piece collection of unisex items including jeans, shorts, sweatshirts, shirts and jumpers- all in neutral colours (black, white and grey).” There are a number of red flags going up here. Not just in terms of the collection itself but with the representation of it in a mainstream media outlet. The collection is labelled by the brand as ‘unisex’ and ‘ungendered’, it even has its own category on their website. The word ‘unisex’ is defined in the dictionary as, adj: (especially of clothing and hairstyles) designed to be suitable for both sexes, noun: a style in which men and women look and dress in a similar way. Unisex, by its very definition, is a categorical pigeonholing of gender into two distinct boxes marked ‘male’ and ‘female’. The clothing itself is shapeless and colourless, constituting an erasure of the body and by extension, an erasure of identity. Furthermore, the clothes are presented on male and female models rather than anyone gender non-conforming. This suggests that the clothes are still made solely for men and women. 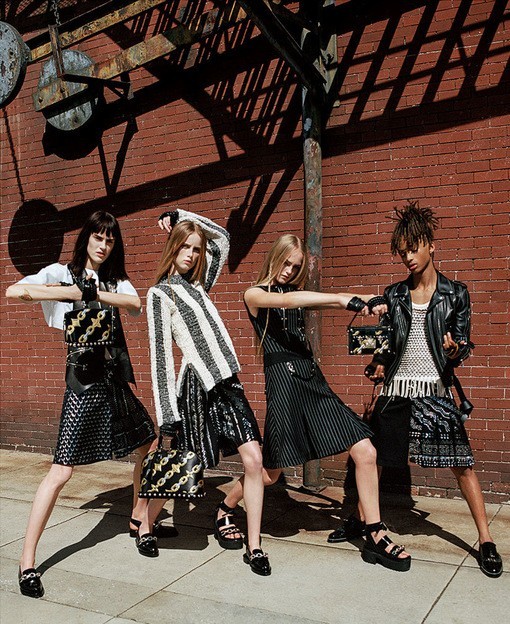 Rather than genuinely catering for transgender people, Zara’s ungendered collection can be summarised as an empty attempt to jump on the gender bandwagon, just as Karl did with his feminist fashion protest. If fashion brands want to make ‘un-gendered’ clothing, the least they can do is cast gender non-conforming models in the campaigns that promote such clothing. It would help big brands to take note of the young, emerging designers who have a realistic and modern understanding of gender such as Jarrod Reid, Sophie Hardeman or New York based design collective, Vaquera. These young designers see gender as a non-issue and non-binary gender as a fact of life rather than something unconventional. With an eclectic mix of gender identities modelling their clothes, their look books and shows are a reflection of this attitude. Vaquera say of their designs, “we want our clothing to be worn by any person of any gender. We all believe that anyone should wear whatever they want, that no one should be limited by the body that they were born into and clothing shouldn’t be gendered – but to us, those are just facts that form the backbone of our practice. A man or a trans girl in a dress shouldn’t even be controversial at this point.” Things will only change once fashion stops looking at gender as another trend to cash in on and recognises LGBTQ identities are diverse, multifarious and most importantly, real.

At its core, fashion is about identity. The behaviour of the fashion industry has huge ramifications not just on women or men but anyone regardless of gender identification. We use clothing to reconcile tensions between our inner and social selves. It has an overwhelming influence over the way we think and feel about our bodies. This is surely a position of power and responsibility that fashion should be taking seriously.