Aspiring Designers: To Degree or not Degree?

Art School. Two seemingly harmless words, yet once joined together take on a different meaning. That meaning being a glorified institution subconsciously pedaling out the notion that art plus academia equals success.

For many aspiring fashion designers, attending a top art college or university is the quick and easy answer to the question, "how do I make it as a successful fashion designer?" But in an industry jam-packed with talent, skill and ambition, is a degree in fashion design really necessary for success? Furthermore, is a higher education degree necessary period?

As young designer hopefuls end this academic year, many will begin forging their futures this summer. Some will prepare to move overseas and enroll at one of the world’s top ranking art and design schools. While others have just begun researching their future careers. In time, the aspirational pangs of lists like Fashionista.com's ‘The Top 50 Fashion Schools in the World’ will settle in and mature from a dreamy aspiration into a course of action. Then that’s when the internal debate starts: do I attend college? Can I launch my label without a degree? And so on.

“Can you be a successful designer and never attend college? Absolutely, but that’s not the norm and that is the critical message,” says Joanne Arbuckle, Dean of the School of Art and Design at New York’s Fashion Institute of Technology. Sitting in her office on 7th Avenue, Dean Arbuckle answers the question as if she’d heard it a million times before. Each year F.I.T. sees new students enroll in droves with dreams of becoming the next Vivienne Westwood or Marc Jacobs. Many will graduate with an enviable education, although few will continue towards a successful career. 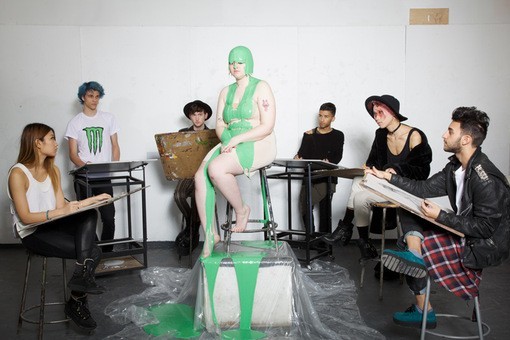 “The wonderful thing about an art and design school is the practical aspect of everything we do. Problem solving skills, critical thinking skills, it’s all part of everything that takes place at an art and design college. We solve problems and I don’t think it matters what you decide to do in life, to be successful, those are very important tools.”

While this is definitely true, the industry is flooded with stories of designers who chose alternative routes to success. Even F.I.T. alumni, Michael Kors left the college after only attending for less than a year. "I got to school and I had been sketching since I was really small, and I had such firm ideas about what I liked, so I was fighting with the teachers. I don't think that there's a rule in fashion in how you have to chart your course," Kors expressed in a live chat at New York’s 92nd Street Y Incubator program last June.

The designer has since returned to his alma mater as a mentor and hands-on advisor and has also endowed the college with a scholarship estimated at one million U.S. dollars. Obviously Kors believes in the power of continued learning even if it competed with his needs in the beginning. 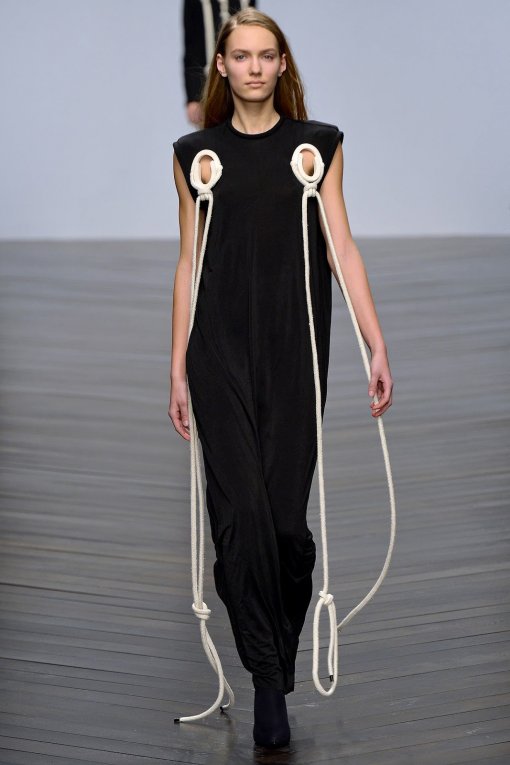 As many of today’s renowned designers have degrees in entirely different fields. Commes des Garçons designer Rei Kawakubo studied art and literature and Raf Simons was on his way to becoming an industrial furniture designer. While the Prada family had been in the fashion business for decades, the founder’s granddaughter Miuccia Prada actually studied political science and attended Teatro Piccolo with the intention of becoming a mime artist.

Clearly the road to success is of the dizzying, labyrinth sort. “I think maybe many years ago there was that direct line: you go to college, you major in this, you do that,” says Arbuckle, “but now everyone has to accept that they’ll have so many careers in their life.”

Before you call your fashion school dreams off and join the circus, it seems that for every yin like Kors, Kawakubo and Simons, there’s an Alexander McQueen, Yohji Yamamoto and Maison Martin Margiela yang to match. Like the aforementioned designers, all three are culture-shifting, iconoclasts whom many would argue have changed how the world views fashion. This trio also graduated from top-notch art colleges and universities. Look no further than the archives of noted design schools to see what a formal education can do for your CV. It’s also a known fact that schools like Central Saint Martins and others have churned out design talent like Oxford Uni churns out Nobel laureates.

Yet still you have to wonder the risks involved for choosing an alternative path toward your career. “Let’s say you decide not to attend college. Instead you’re going to open a store. The odds of you being successful are greatly reduced if you haven’t had a foundation in the finances and the mentoring and the exposure to the business,” says Arbuckle. Certainly the phrase “greatly reduced” feels a bit sobering but it does still offer some hope for those whom a formal education upfront is not an option. Success sans certification isn’t impossible. 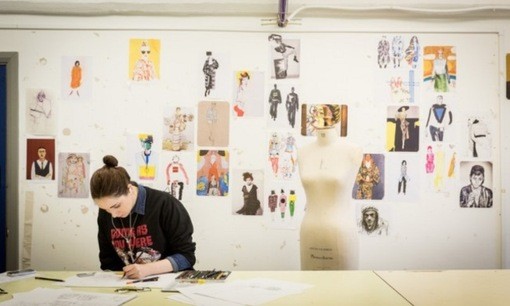 In a recent interview with The Daily Telegraph, Sir Paul Smith had much to say about his career noting that he worked some “pretty crummy jobs” to build his multi-tiered, fashion empire. It was a clear example of how hazy the road to success really is. “So many young people these days live their lives like a business plan. They think that is what they have to do to progress to whatever it is they want,” he explained.

And there you have it. In retrospect Smith’s career may seem preplanned, after all he’d worked in men’s wholesaling from the age of 17, so his foray into actual fashion design wasn’t shocking. However it was only after gathering the job experience first that he decided to gather more formal training. Perhaps there really is something to Dean Arbuckle’s insight if you look at education from a broader perspective?

Education is really a lifelong habit and whether you gather it in a formal setting or by working in the trenches of the design world, one thing is certain: education doesn’t end because you have a degree in design. Contrarily your career in fashion doesn’t need to begin with a degree either. The key is to evaluate yourself and just how much you’re willing to invest in your career and above all else keep learning. “You need to have talent and you need to be a lifelong learner” says Arbuckle, “whatever avenue you choose you have got to keep that in mind.”