Are These The Best Cities For Emerging Designers Right Now?

NJAL speak to local designers and industry experts to ask why Tel Aviv, Detroit, Athens and Rome are some of the most exciting places to be an emerging designer in 2017

Not so long ago, young creatives in search of cheaper rent would simply move from one side of town to another. Now, entire cities and even countries are out of budget to emerging designers due to soaring housing prices, travel costs and high taxation.

The advantages of forgoing these unaffordable cities and choosing less obvious places to house a young brand are not just financial, as many designers who have chosen this path will tell you. Away from the cities that house a majority of the world's fashion media and luxury corporations there is more space, and more creative freedom.

The industry has grown increasingly concerned for 'burnt out' designers for years. If you set up shop in a smaller city, while there may be fewer opportunities, those opporunities are replaced with the chance to work at a different pace, with less of the pressures that come with working in the iconic, yet wildly oversubscribed, fashion capitals of the world. 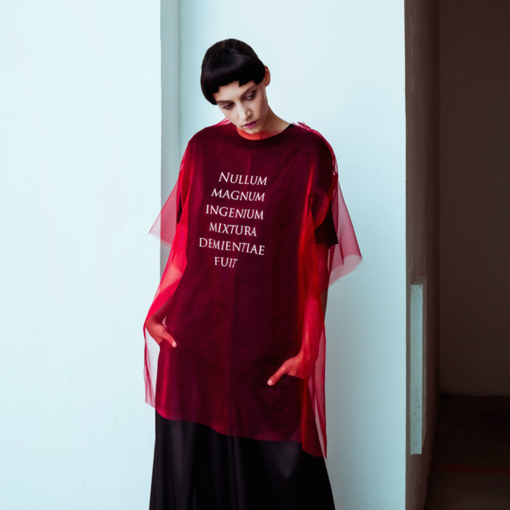 As Floriana Serani of Rome-based label Blackblessed explains: "It's like working on a white canvas when it comes to contemporary fashion here. Big brands are giving space to young heads and their 'wild' creativity (see Alessandro Michele at Gucci for example) as creatives from here often come from a singular professional and personal path, so are able to express themselves through their desings in a very unique way."

Of course that is the positive side of the story. There are also the systematic cultural budget cuts that face cities with lower GDPs, and the lack of attention afforded to the arts that is sadly so commonplace. As Professor Angela McRobbie argued recently: "regional pro-active policies for fashion as urban regeneration and as a source of job creation often lacks imagination, motivation and even common-sense." Even when there is money, it is not always used wisely.

NJAL spoke to industry experts and designers from Athens, Rome, Tel Aviv and Detroit to explore why these cities are becoming desirable destinations for young designers, what initiatives are helping them and why they could be the best places in the world to build a new brand.

Devastated by debt and unemployment, Greek's financial crisis has been well documented. As a result of continued financial turmoil the boutiques, who were supporting small independent designers in Athens have not survived, while the city has been taken over by fast fashion retailers. The only way local designers can provide an antidote to this is through the occasional pop-up or promotional event.

There is one silver lining for the Greek capital though; affordable manufacturing. As factories fight to survive and compete with their Asian neighbours, designers are able to take advantage of this, giving the local fashion industry a much needed opportunity to survive. In the mean time though, NJAL designers such as Eleni Kyriacou argue the country must start to take the industry more seriously. 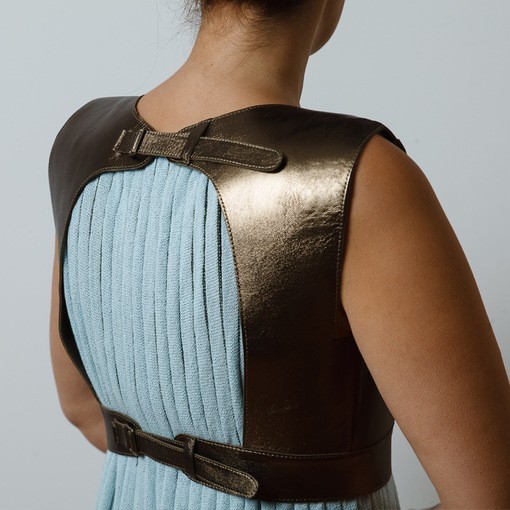 "I think before Athens can be recognised internationally it needs to first be recognised by its own government" says Eleni Kyriacou. "The Greek government needs to recognise the potential that fashion has to contribute to a state’s economy. If it does so it may realise that it is a great long term investment and support everything from the fashion weeks, to the education and training of young designers, to the disappearing fashion manufacturers and so on. Until this happens there will not be a fashion scene exciting enough to attract international media."

Joanna Papazoglou, Marketing Manager of Ioanna Kourbela, suggests there are creative benefits to learning to be self-sufficient and not being able to rely on any outiside support. "One of the main challenges of being an independent designer in Athens and Greece is to constantly value-proof your own product.  Given the financial situation in Greece one has to always double check that she/he is not producing something redundant, conspicuous and outdated."

The Michigan city may be famed for its dwindling car manufacturing industry, but the empty space and resources left behind are providing ample opportunity for new fashion brands. This has been helped largely by a number of ambitious initiatives: The College for Creative Studies Fashion Design Program, The Detroit Garment Group's fashion incubator and The Detroit Chapter of Fashion Group International's community to name a few.

Aki Choklat is the Chair and Associate Professor of Fashion Accessories Design at The College for Creative Studies. He is optimistic about the steps already taken to secure Detroit's future. "We are in the early stages of reclaiming the previously held 'Paris of the Midwest' title" says Choklat. "There really isn’t an organised fashion calendar, but there is an interesting and raw fashion DIY aesthetic bubbling up." 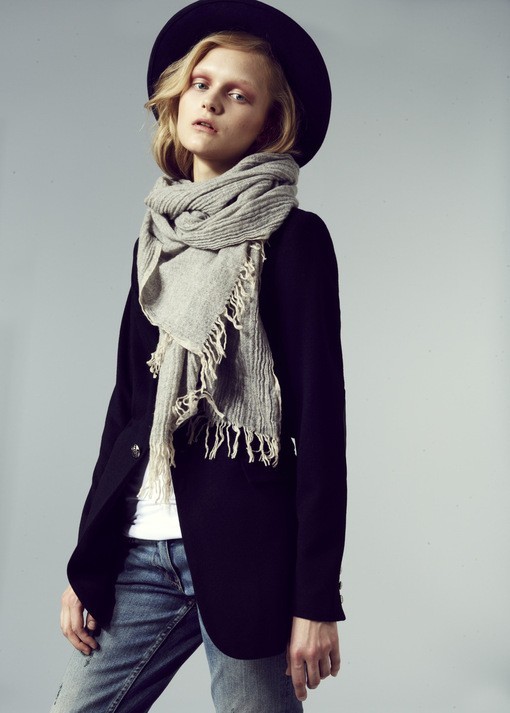 What's more, the  local industry is using this opportunity to do things differently. "In an old industrial complex, I recently saw one of the most interesting presentations I’ve seen in a long time" offers Choklat. "The show was called Virtu and featured Peace Love Spandex, Mourn the Living, Age of Martina, Simone Else, House of Raw and Stargazer. The presentations were body positive, a-gender, age and race inclusive.

"The collections were raw and individually presented with complex yet beautiful choreography, accompanied by music that was provided by experimental Detroit musicians (Especially Good). There was no media, no celebrities, no front row, and yet I felt the anticipation and excitement of a major fashion show in London or Milan. This type of attitude makes the city a very exciting place to work."

Choklat also echoes the words of Blackblessed's Serani, saying creatives enjoy "the blank slate aspect of it." He elaborates: "there is a sense that everything is possible here. The one main thing that we have here is space. People in other cities rent desks in groups studios while here it is still possible to actually own a building with very little investment."

Shelley Van Riper is the woman behind NJAL label Alchemy Detroit. Not originally trained in fashion, she has faced her own set of challenges but has found Detroit to be the perfect place to experiment and grow a new business. "There truly is a broad range of talent here, and we want the international design community to recognize that we are willing to earn that recognition without leaving our community" says Van Riper.

"Despite how the rest of the world labels us, we persevere, we endure, we are scrappy, and we are fiercely loyal to our hometown. I have no doubt that we will be a place for apparel manufacturing, we are already on our way."

Once (and arguably still) the cultural capital of the Western world, Rome has faced its own unique set of challenges. Yet designers who have chosen to base themselves here, away from Milan, enjoy more freedom as well as the opportunity to work in a place overflowing with history and culture. Now, even the old fashion houses are looking at the city with new eyes.

"In the last couple of years Rome has faced growing attention from the international fashion scene" says Serani. "Brands like Fendi, Valentino, Gucci, Bulgari, are all celebrating Rome through their shows, collections and designs. In my opinion this has contributed to create a sort of hype around the city of Rome, which I believe is well deserved as this is one of the most inspiring places in the world." 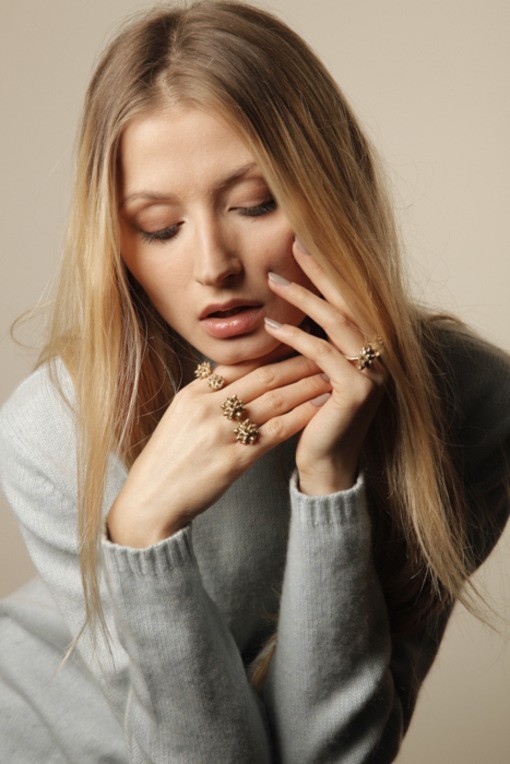 Giulia Barela, of Giulia Barela Jewellery, agrees its a very special place to work: "I think that the most interesting thing of what is produced and conceived in Rome is that is it has a strong character of artisanality, the second thing is that there is a very strict connection between the output and the art, architecture and the antiquities that are around  in the city."

Yet despite the efforts of initiatives such as AltaRoma, the city does not have enough programs to support and encourage its young designers. "It is an exciting place" concludes Barela. "But it is extremely challenging." Perhaps as these exciting creative talents continue to draw the attention of the world's major fashion houses, Rome will reassert itself as not just a cultural capital in the broader sense but as a fashion destination worthy of its rich heritage.

The Isreali city is just finding its feet as a destination for young creatives, and Tel Aviv designers are one of the fastest growing communities on NJAL. Although fashion initiatives are limited, groups such as the Pais foundation, which started a grant in collaboration with Tel Aviv Gindi Fashion week, have begun to help designers such as Muslin Brothers boost the city's reputation.

"Tel Aviv is a vivid and diverse place and being a suburb for the European fashion capitals, its one of those exotic places that forms trends" explains Muslin Brothers co-founder Tamar Levit. Residents of the city face daily political and civic struggles, but Levit is confident that this is what gives the city its edge. "People in Tel Aviv are fighting for their right to exist and co-exist with the basic right to create" she continues. "It gives the design process, research and final garments a thrill that is impossible to find elsewhere." 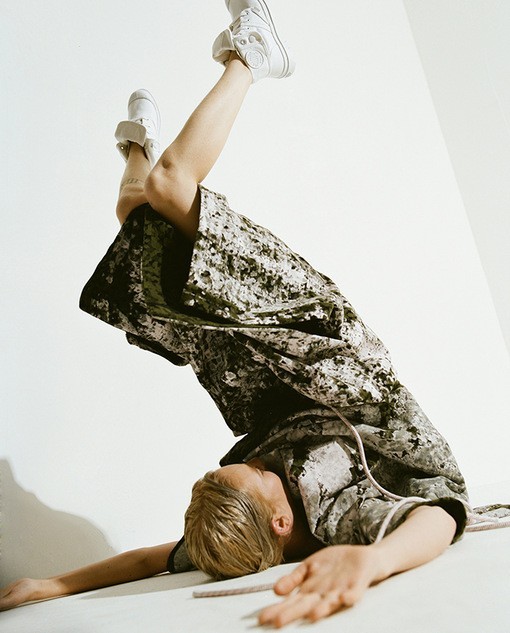 Contour are another exciting label from Tel Aviv. When NJAL spoke to the designers behind the jewellery brand, Lior Shulak Hai and Galit Barak, they were enthusasistic about the realities of working in the city. "We find Tel Aviv to be a wonderful creative hub for young designers. It may not offer as much support with funding or scholarships as other places in the world, but even so, there is something in the design community that is supporting and collaborating and that helps young designers to overcome difficulties."

Young designers and creatives everywhere face difficulties, be they from London, New York, or cities that have not yet found a permanent fixture on the global fashion map. But as optimistic city initiatives continue to foster talent, we can look forward to a time when creativity trully is recognised and appreciated in more places.

In the mean time, keep an eye out for the designers who are fighting tooth and nail to survive, in cities that are too often overlooked. They may well be the creative stars of the future.