FASHION AND TEXTILE DESIGNER FOCUSED ON THE MASTER AND REINVENTION OF HIGH TECHNICAL SARTORIAL SKILLS FOR CONSTRUCTION AND CRAFTMANSHIP. MY WORK THRIVES TO CREATE GARMENTS THAT EXPRESS THE SPIRIT OF OUR TIMES, WHERE THE REINVENTION IS CHALLENGED BY THE DIALOGUE BETWEEN AESTHETIC DISCOURSES TRANSMITTED THROUGH CONSTRUCTION AND DECONSTRUCTION. MY SEARCH FOR SHARPNESS AND PRECISION OF THE TRADITION OF ARTS AND CRAFTS HAVE BEEN PART OF MY WORK FOR MORE THAN 6 YEARS, CONSOLIDATING IN MY WORK AS CHIEF DESIGNER AND CONSTRUCTION DEVELOPER IN A HIGH EXCLUSIVE MEN´S LIFE STYLE BRAND AT THE HEART OF MEXICO CITY. MY AESTHETIC VISION IS UNIQUE FOR ITS DRAMATIC AND DEEPLY EMOTIONAL, ECLECTIC AND CONTEMPORARY QUALITIES, PROJECTED THROUGH MY KNOWLEDGE FOR SARTORIAL CONSTRUCTION, DETAIL, SILHOUETTE, AND THE RESEARCH OF PURE INDIVIDUALISM. 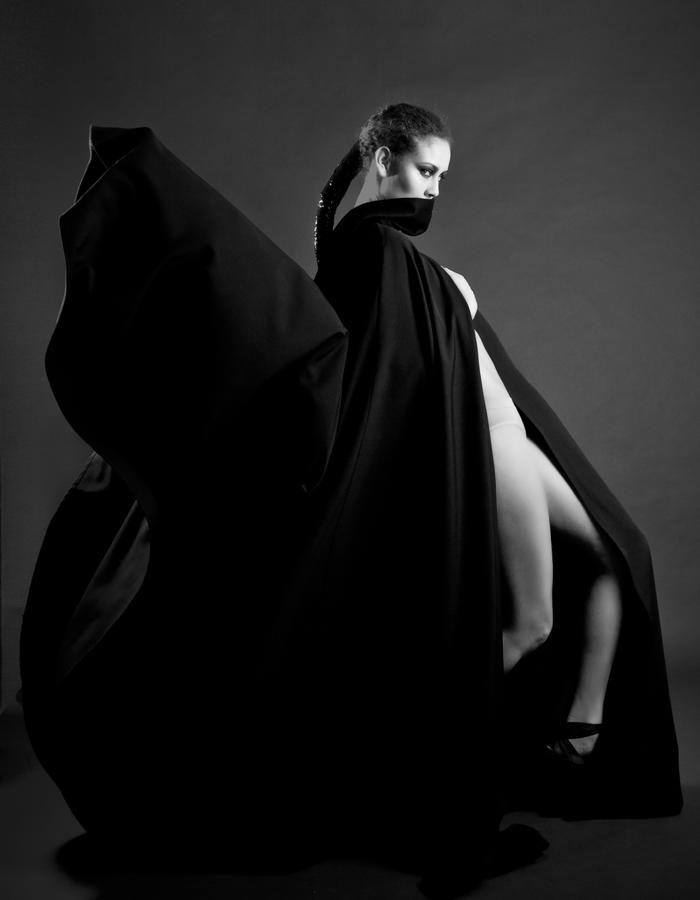 Eschatology comes from the ancient Greek eskhatos: 'last' and logos: 'study. Etymologically it refers to the study of the last times or last realities, and the life beyond the grave.

This collection of men's and women's clothing, is inspired by the iconography given in the visions of St. John the Evangelist on the island of Patmos. He captures the end-times visions in a book known as the Book of Revelations. In it, are told the different misfortunes that will fall on the earth at the appointed time and the so-called "glorious advent" or second coming of Christ, where the Great Tribulation or Final Judgment will unfold.

This collection takes elements of the most important characters or the ones that have a greater relevance in this book. Each of the pieces made for this collection carry a load of history and symbolic meaning, which is taken up by paintings by the great masters of the Northern Renaissance, such as Jan Van Eyck, Hans Memling, Albrecht Dürer, Rogier van der Weyden, Hugo van der Goes, Pieter Brueghel, Bartolomé Bermejo, among others.

Eschatology is a reflection on the society in which we live, where death and war are everyday issues. Physical and carnal suffering is an element that is shown throughout the collection, a suffering that is given in order to reach a higher end, to reach a state of grace, a postmortem state. Catholic doctrine tells us about the last four states of the human being: death, judgment, hell and glory; These are states that the designer Edgar Aguilera shows in his first collection.