Who is ECE GOZEN ?

Turkish designer Ece Gözen was born in 1989. She studied Textile and Fashion Design at Mimar Sinan Fine Arts University. Since 2009 she worked with well known designers such as Ezra-Tuba Çetin and Hakaan Yıldırım.

In 2012, she received 3rd place in 20th IHKIB Young Fashion Designers Competition with her collection titled ‘Reflection’. The same year she was invited by MUUSE to participate in MUUSE x VOGUE Talents Young Vision Award 2012 with her graduation project “Illusional Harmony”. She was awarded “The Most Visionary Designer” by the senior fashion editor of Vogue Italia Sara Maino, among 300 designers from all over the world. An interview and a gallery exhibiting her collection were published in Vogue Italia’s “Talents” section. She also got the opportunity of designing capsule collections to be distributed worldwide on MUUSE.com.

She is still working on capsule collections for her brand “Ece Gözen” which will be sold on MUUSE and local boutiques. 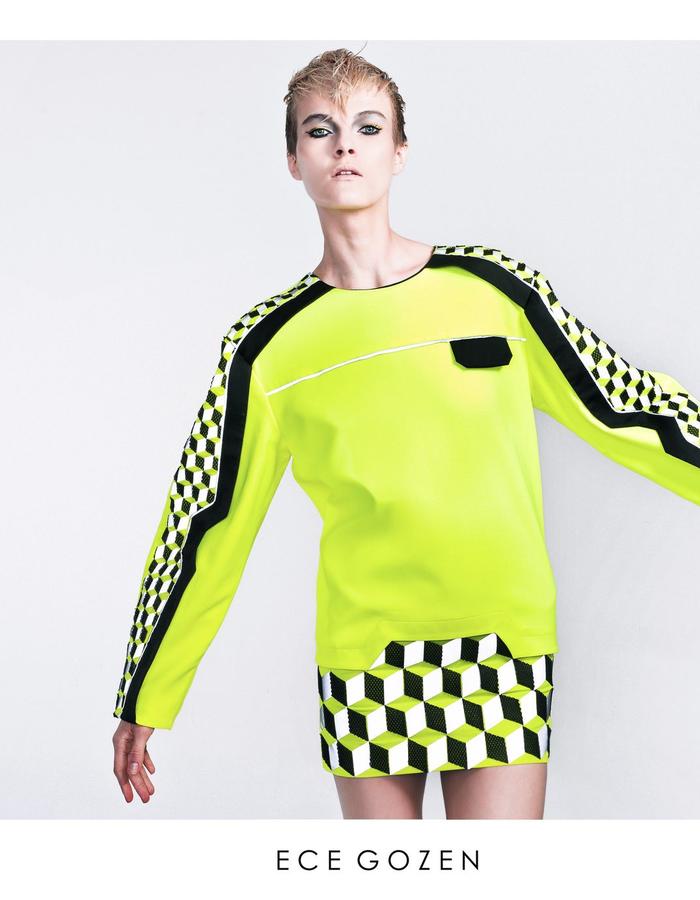 In the collection, sportive details and geometric forms unite to form 3D cube details cultivated for “Illusional Harmony” capsule collection. Mainly grey and black are prefered and neon lime green is used to create a light effect. Ece Gözen combines wool & reflector fabric and designs an innovative collection which was exhibited at Mercedes-Benz Fashion Week Istanbul. She defines her style as a ‘sportcouture’ and imagines very confident women, open to fresh styles, hiding their femininity among their sportive looks. She designs for inspiring and mysterious women. She always harmonises culture, art, innovative ideas, science and technology in her collections.