In November of the same year, she exhibited at Galeries Lafayette in Paris, Ciara also wearing one of her creations was voted "Best Look of the Fall" by Vogue. And in April 2014, she created an exclusive look for Minnie Mouse in collaboration with Disney Benelux, with the exhibition at MoMu, Antwerp.

She always had a deep need to create and the desire to assert a strong statement through fashion, so it becomes obvious for her to start her own eponymous brand of women's high end ready-to-wear in September 2014, which can be found today in Brussels, Cologne and Paris concept stores.

The brand image symbolizes the "Grunge Chic" style, unique and feminine : floral prints mixed with unexpected textures. All the samples and production are made in Belgium, which develops a real "savoir-faire" and guarantees perfect finishes, to counter mass consumption and educate the public to go against modern slavery. 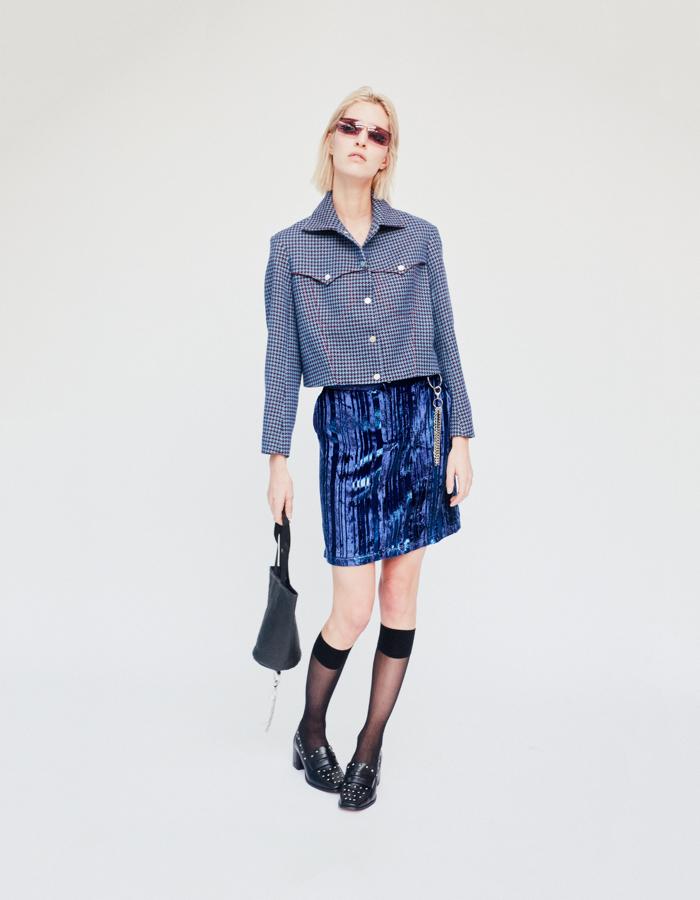 a provocative look with strong slogans, by voicing women unspoken issues, such as gender disparity and women’s objectification.
This rebellious spirit is mixed with delicate and intricate fabrics: call it moody elegance.

That girl is a poet with a rock star soul. She's around the world on tour and a fan of tacky outfits; low waist, crop tops, flare pants and a little bit of skin. She has a great sense of humor, she looks like a sweet little girl with a wild spirit.