Donia Allegue is a designer with atypical background. She has been immersed in an international environment at a very young age and spent her childhood in various parts of the world, which gave her a boundless open-mindedness. She moved to Paris to enrol at the Lycée Saint Louis de Gonzague and later at ESCP Europe. Even within the framework of this very general education, she knew early on that her future carrier laid in fashion, which is why she specialized in luxury goods. She graduated in 2006, and learned the ropes of her trade with Fendi, YSL and Dior but she instinctively knew that her entrepreneur spirit would eventually take over and that one day she would set up her own company.

And she had a revelation, when visiting an apartment, in Paris, with her mother. The lady who owned the place was wearing a very elegant turban, which bestowed her a unique charisma. This was quite an illumination and she saw the turban as the absolute fashion accessory. After some research and a market study, Donia realized that there was no Parisian turban house on the market.

With the support of her family, her clan, as she affectionately calls them, she set up DONIA ALLEGUE, Maison Parisienne de Turbans in October 2013. 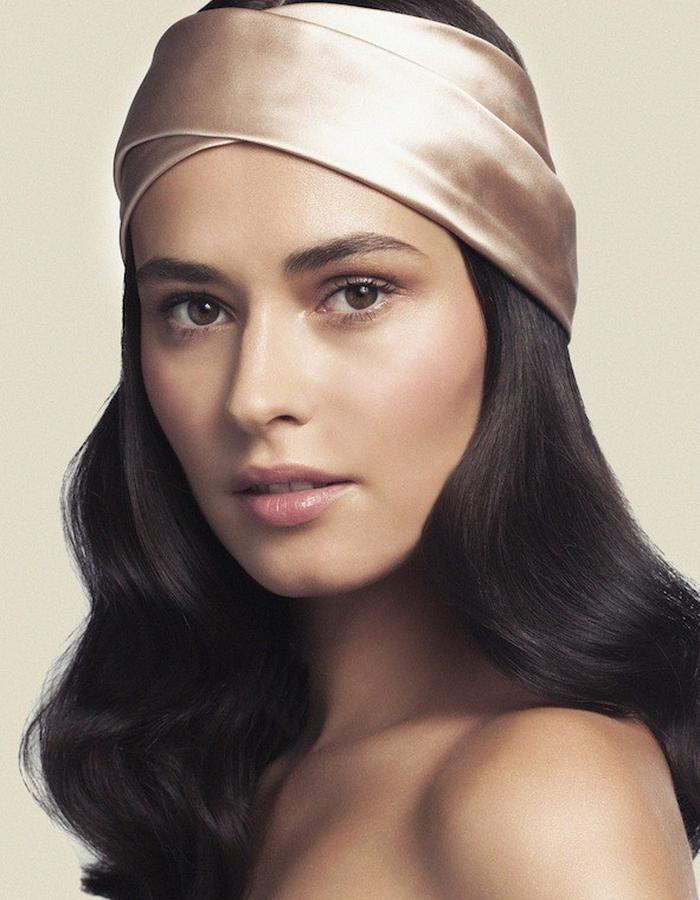 And I love him

Welcome to the French Riviera... Welcome to the blending smell of pines and sea, the warm sand, the parties, the elegance and the stars.... Something like a soft free falling summer. Donia Allègue delivers an ode to nature, lightness and freedom where the sixties and the seventies play a central role framed by the beauty of the actresses of those years.

According to the designer, in fact, those years are synonymous of happiness and love let alone the legendary couples that have become the timeless myths of those times and the Côte d’Azur - the likes of Alain Delon and Romy Schneider in “La piscine” or Serge Gainsburg and Jane Birkin dancing by the port of Saint Tropez, Grace Kelly and Rainer making the Rocher the most glamorous place ever and Brigitte Bardot with Gunther Sachs nonchalantly letting themselves go while witnessing the tuna-fishing netting.
What all these icons have in common is that rare elegance captured and proposed once again by Donia Allègue in her collection. She plays with the interpretation of those years and review them under the light of the year 2015.
Turbans and bandanas are made of new material such as the raffia - originally used exclusively for hats, now she adorns them with delicate pearls and embroideries recalling the trendy bathing suits of the sixties and at the same time she adds the striped marine t- shirts so BB...
You can witness the presence of new shapes, the visor and the hat in particular - so much French Riviera and yet with a twist that brings modernity to their essence.
Bandanas are large and able to fully cover the head for a modern, chic and sporty look. Colors are soft and range from the soft gold to immaculate white to sky blue interchanged with royal blue, and then bright orange and red...

To the designer the collection is an homage to the natural femininity and turbans become the fundamental elements of the French elegance.