Dominika Kozáková - is a fashion designer who makes collages full of adventurous friendships with a magical touch. She is a boss of her own brand and will show you the true deep meanings behind her work.

It is a form of self expression of her dreams, conflicts and beliefs. Her fashion shows are her form of celebrations of life.

In 2018 the brand was presented with a collection ,,FREAK SHOW” at Mercedes-Benz Prague Fashion Week as a part of VAN GRAAF Junior talent.

The main inspiration for the collection was modern circus. Later on the collection was presented in Netherlands during the FASHIONCLASH festival 2018, which is one of the most progressive platforms for young designers and artists. Since then, her name became a synonym for a rebellious genderless designs. The collections provoke society to get rid of gender norms and formalities.

In 2021 she has also made costumes and styled for a fashion film “Somebody”, which was directed by an American film director Jordan Blady. This short fashion film had premiered in a i-D magazine, and has won in a category of costume and styling at a Berlin Commercial film festival.

Dominika’s clothes are worn by celebrities like Sita Abellan and Shy Girl.

Famous magazines like Vogue Italia, i-D, Fucking Young, Kaltblut and Dianne Pernet’s blog ASVOF have written about her work and contributions to the fashion world. 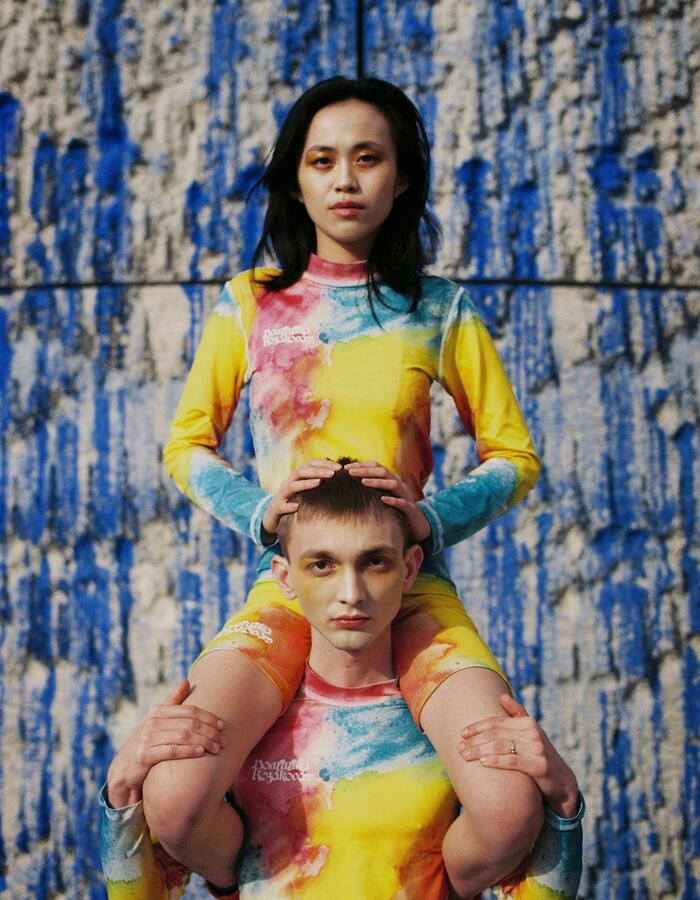 From the latest collection for S-S 21 “The Feast” Dominika went with a different approach and brought top & shorts made entirely in Czechia. The innovative authors dreamy tie-dye printed fabric is 100% ACRYL made also in Czechia. The lightweight and comfortable fabric went through all tests and is ideal for both outdoor and indoor sport activities with signature brand logo on the front. Top and shorts come in 4 sizes (S, M, L, XL) in 2 different cuts for both men and women.