The studio was founded in 2006. At the beginning it was the individual work with clients, cooperation with TV-projects, and creation of costumes for movies, shows, performances. The first collection under the brand DOMANOFF was shown on Ukrainian Fashion Week in 2008. They made their debut as a part of the "New Names" and awarded the prize as the creators of the most commercially successful collection. In their next collections there is always a lot of experimenting and the designers often combine the seemingly contradictory styles, for example flowing forms with angular rough forms.
The slogan of a brand is Clothes mast have soul. According to the designers, the clothes created by them, is an attempt to create the most accurate, honest, balanced and sincere reflection of the inner world of a human being, his emotional state at various stages of life. 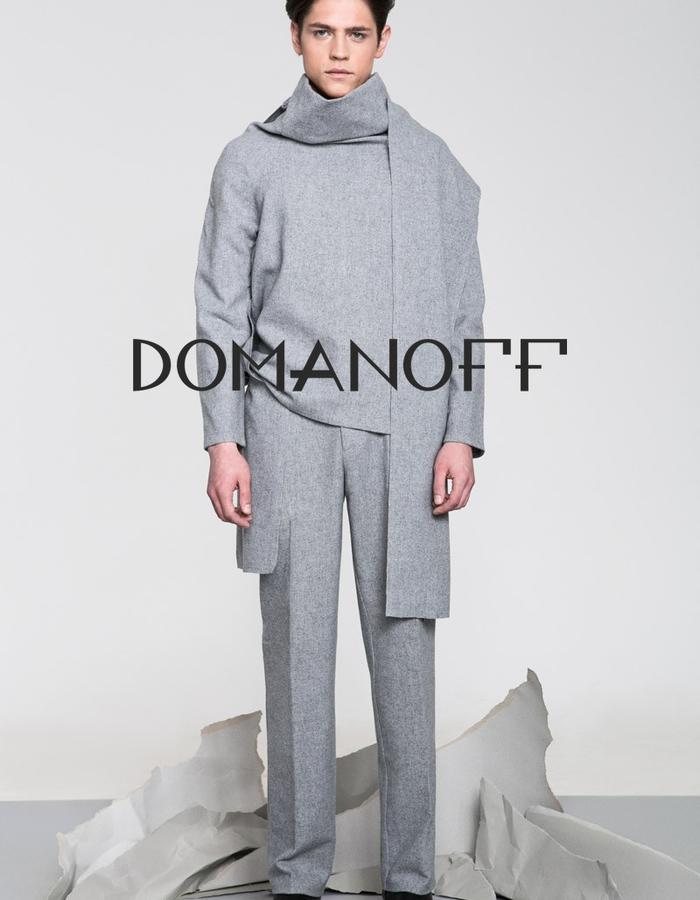