The year was 1997, and on one Sunday morning in Mexico City, Dora was 11 years old laying on her parents bed watching Galliano’s Circus fashion show. It was at this moment that she was first exposed to fashion. Throughout her teens, she would experiment with the limited materials she had to create alternative clothing and accessories. At the age of 24, upon completing her Industrial Design degree from Mexico City and Australia, so she founded DOIZPE with her sister in 2011.

In New York in 2012 she learned more about the fashion industry at Parsons The New School of Design. Also, while this period she collaborated with the renowned fashion designer Rolando Santana, at the American luxury leather goods brand Be&D and at Milk Studios in New York City.

On 2014 Dora moved to Florence, Italy to collaborate at Idee Partners. Where accessories of luxury brands are developed and produced with the Made in Italy essence. A year after, she was nominated as one of the 5 accessories semifinalist in Who’s On Next, Vogue Mexico. In addition to that, during this year she was a finalist at The Handbag Designer Awards under the category of Most Socially Responsible Handbag in New York City.

In 2016 she was a finalist at the Abury Design Experience in Berlin, Germany that focus on creating sociable responsible accessories and for the second time a finalist at The Handbag Designer Awards again under the category of Most Socially Responsible Handbag.

In Providence, RI in 2017 she would ride her scooter everyday to work, which at the moment was Coach and Swarovski.

Nowadays, she lives in Williamsburg, Brooklyn. She expands her creativity and knowledge on accessories everyday, designing accessories for kids and writing about men’s accessories at Badhombre magazine. She loves riding her Peugeot bicycle, going FOR A RUN ON THE WILLIAMSBURG BRIDGE 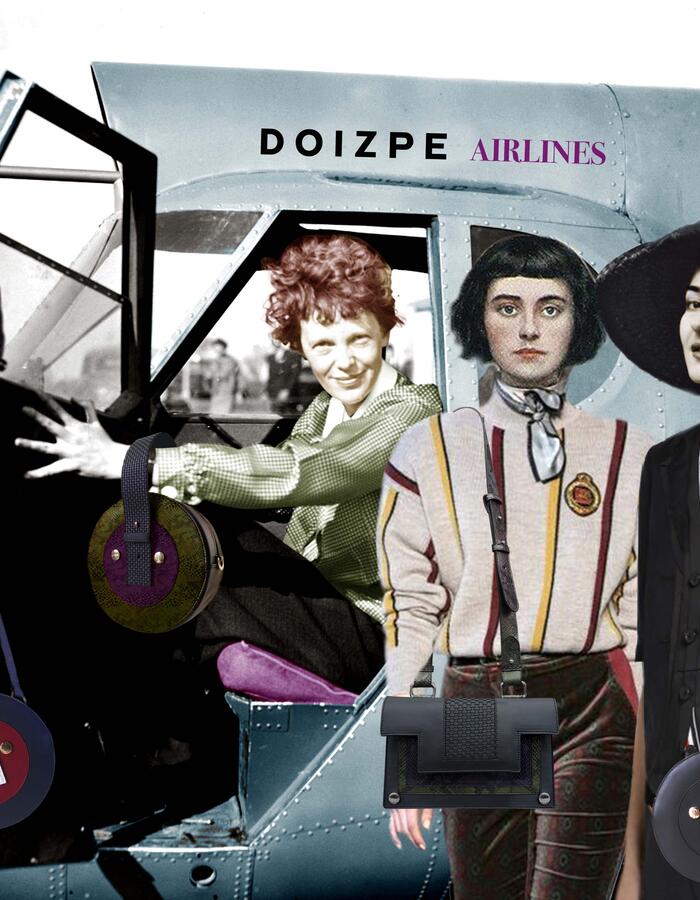 THE NAME OF THIS COLLECTION COMES FROM THE FEELING OF a DESPERATE CALL FOR FREEDOM.

LIFE IS ABOUT CYCLES, THAT NEVER GO TO FAR AWAY FROM ITS OWN ESSENCE. I USED THE SHAPE THAT NOT ONLY REPRESENTS THE CYCLE OF REUSING BUT IT IS ALSO, A SHAPE THAT CAN BE FOUND ON THE SACRED GEOMETRY OF THE EARTH. AS IT'S SAID BY RESEARCHERS AND WRITERS “OUR ENTIRE PLANET CONTAINS A MAGICAL GEOMETRY”.

FUNCTIONALITY IS BASIC ON THE CREATION OF A PIECE THAT IS MEANT TO BE USE MORE THAN ONCE OR JUST FOR FEW OCCASIONS, AND SEASONS.

THE HANDBAGS COME WITH 2 ADJUSTABLE STRAPS THAT GIVE THE OPTION TO USED THEM ON A CASUAL DAY, FOR AN EVENT OR EVEN TO A MORE FORMAL EVENING DATE.