Dinnaro was founded by Dinna Rohmatunnisa in 2014. Rather than calling it a business, she prefers calling it a work of passion, a seed of hard work that grows. Finished her master degree at Nottingham Business School back in 2008, she helped a family business in hospitality, and then continued her path as a business consultant for a while before taking a design course with Sapta de Lucas—a fashion educator, former lecturer of Esmod Indonesia. Along the way, she grew fondness towards accessory in specific, until she thought it was just about time to pursue what has been a dream: to commit in the industry, turning her passion to reality.

The business started off with her creation (shapeshifter bag) awarded as a winner in Lomba Perancang Aksesori 2014 held by Femina Group and Jakarta Fashion Week. And with that, she’s been offered opportunity to take a short course at Istituto Marangoni, Milan where she learned
accessory design and artisan: a provision to bring home, a dream that came true. In addition to that, the shapeshifter became the idea and essence of Dinnaro, a distinction that sustains the business.

From time to time, Dinna realized that Dinnaro is where it is now because of so many helping hands— vendors, friends and family—enabling Dinnaro to find its voice in community and a good will to create positive impact and be beneficial for those in need. And through that, with passion, Dinnaro is humbly driven and delivered; to grow, to keep creating and to empower people. 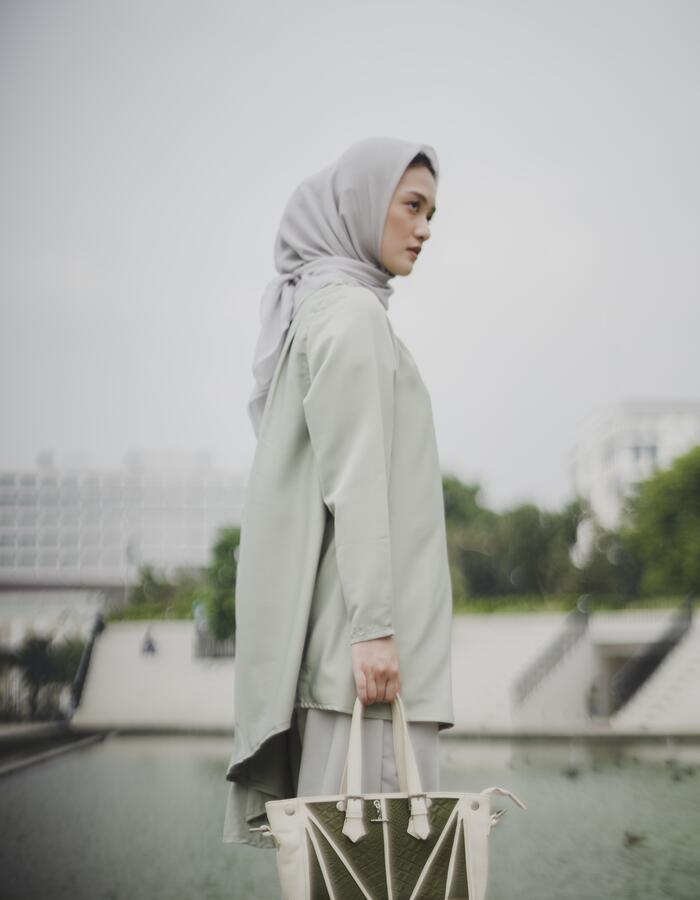 Cammino (means journey) is inspired by the founder’s journey to Milan where she carried no expectation nor presumptions in the very beginning and was enriched with experiences and provisions to a fresh start just right after.

Therefore, the name is chosen to be the embodiment of latest collection of Dinnaro this 2019 with minimalism, emptiness and fresh start at the helm of the idea, with patch work technique that features contrast and bold leather colors.