Diarra Bousso is a Fashion Innovator and Social Entrepreneur. Born and raised in Senegal, Diarra moved to Norway at 16 years old to attend the United World College and later went to college in Macalester where she graduated in Mathematics, Economics and Statistics. Diarra spent two years on Wall Street as a trader on the Structured Products Desk but resigned in January 2013 to follow her true passions: Fashion, Development and Africa. She founded Dakar Boutique Group, a luxury holding company based in Dakar that specializes in the manufacturing and retail of her three brands: DIARRABLU, Diarra Bousso and MINT. Today, her work has been presented in major publications including Vogue, Glamour, The New York Times and the Huffington Post among others and her designs are carried by celebrities such as Akon and first ladies around the world. Diarra is proud to represent Senegal in MARITAGE International, a new partnership with the United Nations to spur development and empower women and children through fashion and arts. 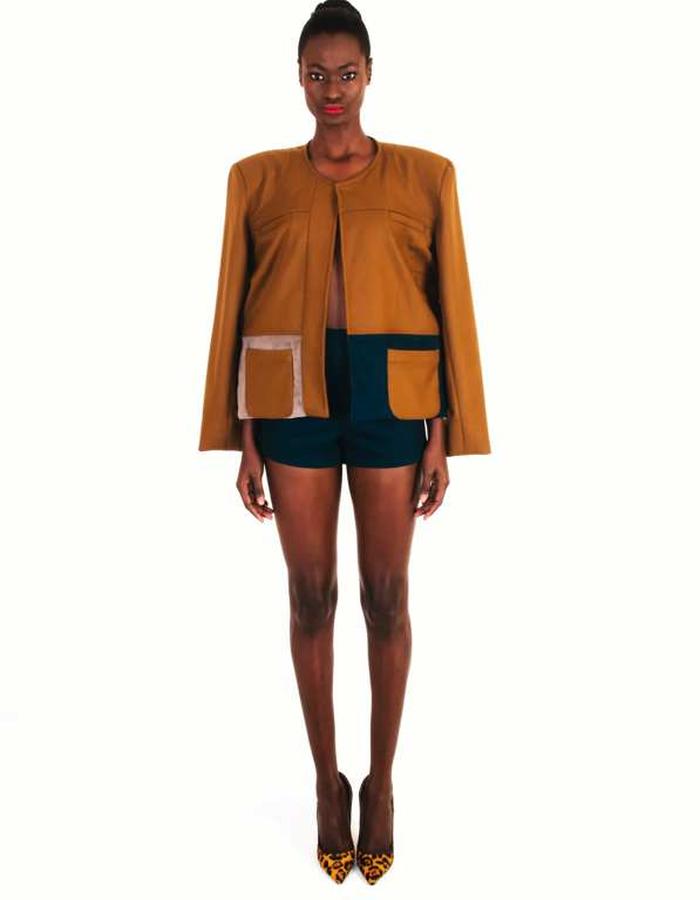 For Fall 2015, the DIARRABLU collection journeys back to Africa and explores one of the greatest landmarks of the continent: Goree Island. The collection underlines the island's geometry while reconciling earthy undertones in sublte color blocks. A rich palette of browns, blacks and greys is anchored with bold touches of salmon pink and dark green. This visual feast of the island's colors presented in various polygons emphasizes once more the brand's focus on 'geometric daydreams made in Africa'.