Diana Paukstyte is a Lithuanian born designer based in Vilnius and creating a clothing label under her own name. She has an education in painting as well as clothing design. Diana's journey as a creator started during her studies while practising at well known country's designers. 2004 became the important year as she released her own created collection "Restauracija". After that other collections followed constantly each year. However, as the designer herself claims, 10 years of creating process have had to pass until she found her genuine identity as modern and melancholic avant-garde designer. 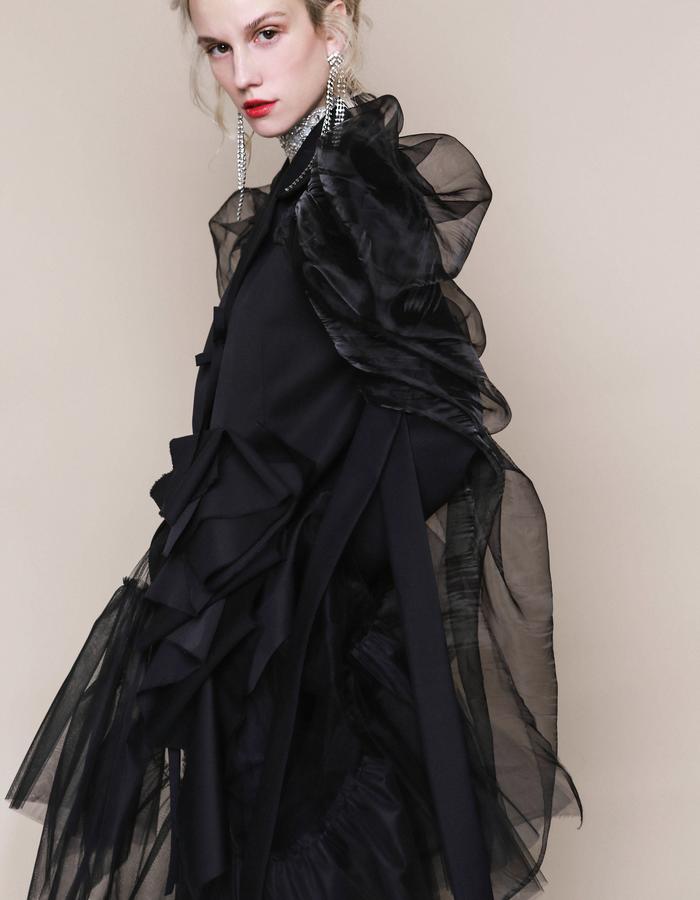