“Mysterious symbolism and grim thoughts."
Slovak designer Pavol Dendis is a graduate of the Academy of Fine Arts and Design in Bratislava. In his work, he mainly focuses on men's collection embodying minimalist aesthetics using simple colours and constructions combined with tailor’s craft and nostalgia. It has also become popular among women reaching out for loose silhouettes and men's cuts. His shows leave a chilling effect on the audience.
"In each new collection I am trying to evolve my personality and uncover new possibility of self-creation through the garment forms." 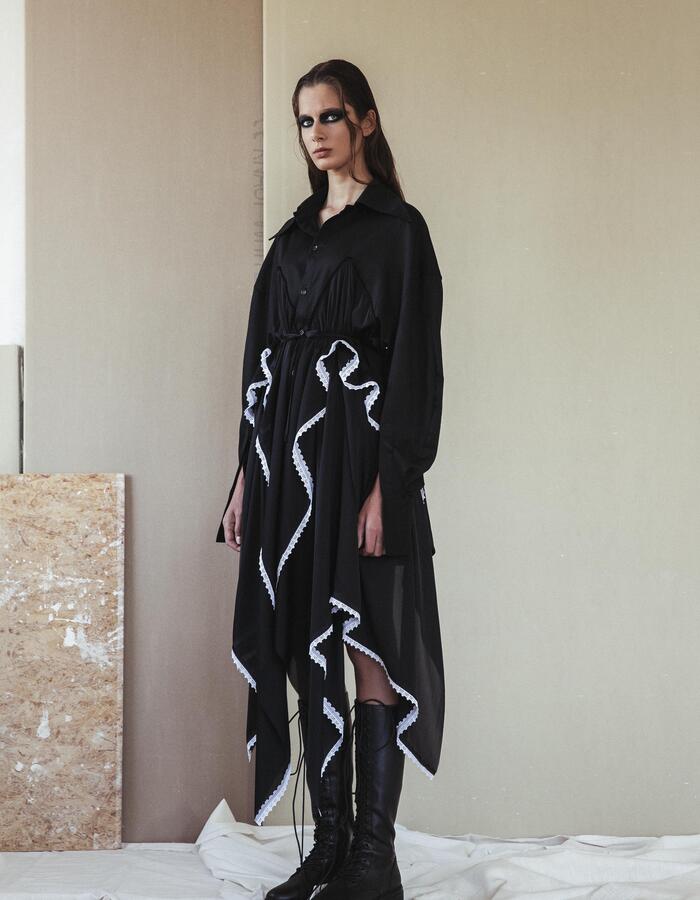 " I HAVE DECIDED TO PUSH MYSELF FORWARD WITH SUSTAINABLE ASPECT IN MY DESIGN WORK. THIS Collection IS INSPIRED BY MY OWN AESTHETIC AND THINGS I LIKE TO DESIGN AND WEAR MYSELF. MOST OF THEM ARE MADE FROM DEAD STOCK FABRIC FROM LOCAL FACTORIES.