Death by Dolls is a new brand that focuses on the empowerment of women, the encouragement to express oneself through fashion, to embrace being different instead of blending in. The chance to not just break the rules, but make them. Born and raised in London, Sara Al-Saud, is one half of the sibling fashion creation, Death By Dolls. Sara was brought up by her very sophisticated grandmother always flamboyantly dressed in avant-garde, couture dresses and furs, jewels, long red nails, bright red lipstick and fabulously big blonde hair in an air of ever-present Chanel no. 5. Raised by a glamorous role model in a chic, international city with a backyard that included Paris, Milan and Madrid, Sara quickly developed an appreciation for beauty, timelessness and drama. She spent much of her time traveling and living throughout France and Spain where she developed an early, unique street style driven by the beauty and culture of Europe. “I grew up in the 80’s which was a very dramatic and bold period in fashion. Vibrant, bright colors, anything shiny or sparkly, intense textures, these all became part of my aesthetic,” Sara recalls. In 2008, she and her sister created Death By Dolls beginning with mostly custom designs. She briefly put her fashion career on hold while she moved to the United States to pursue a higher education in clinical psychology. In 2014 she graduated with an M.A. from Pepperdine Graduate School of Education and Psychology. Armed with an undergraduate and a master’s degree, she is thrilled to be once again immersed in the world of fashion and is proud to be helming the company by herself. It allows her to focus her creative energy and as she says, “Nothing quite compares to the energy of creating and designing fabulous clothing.” 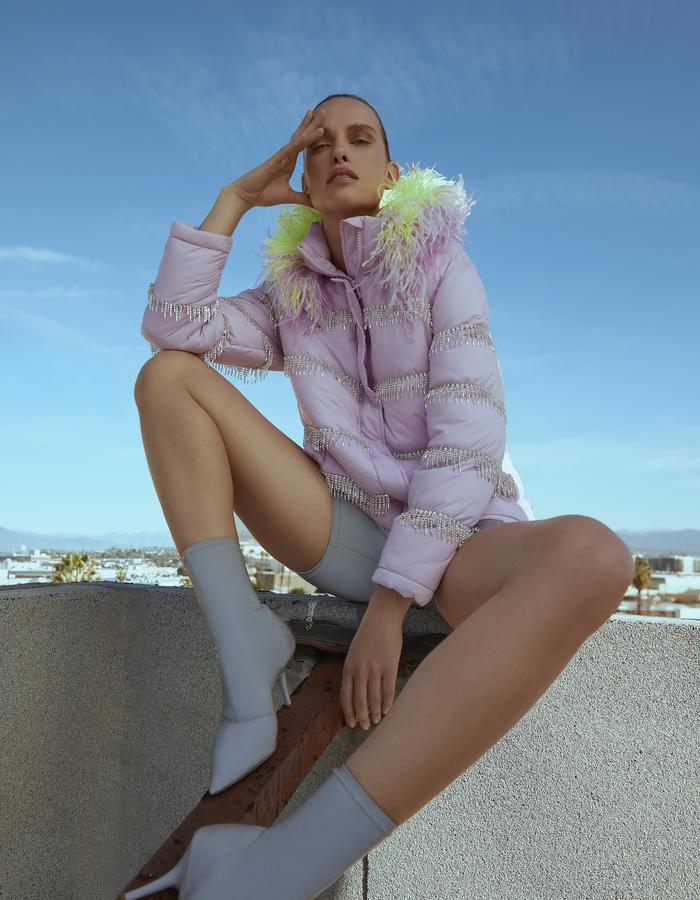