Founded in 2012 by the designer which gives the company his name, as its creative director, and Almudena Bretón, ahead of the world of visibility and communication. Graduated by ESDIR, Escuela Superior de Diseño de La Rioja, in 2014, David Catalán unites his own youth to the international experience he collected during his two years of study in the prestigious ESAD - Matosinhos (porto). His final thesis “COVERLESS” consolidateD him as a designer, and the collection he presented in his debut in the EGO runway at Mercedes Benz Fashion Week Madrid SS15, winning the prestigious award MERCEdeS BENZ FASHION TALENT, wich took him to Mercedez Benz Istanbul Fashion Week. Since then, David Catalán as been featured in numerous shows and runways, both national and international, presenting his work through runway shows.

David Catalán is an european menswear brand oriented to youth culture and lifestyle drawing inspiration from its day-to-day. As colorful as, sometimes, sober, some classical garments paired along more risqué ones, a walking antithesis, on the runway and in the streets. With expertise, under david’s close inspection and direction, the brand produces high quality street aimed pieces of menswear, elegant sartorial pieces mixed with edgy acessories and oversized pieces of streetwear. The focus is the modern consumer, eager for disruption in the details when looking for its needed wardrobe staples. 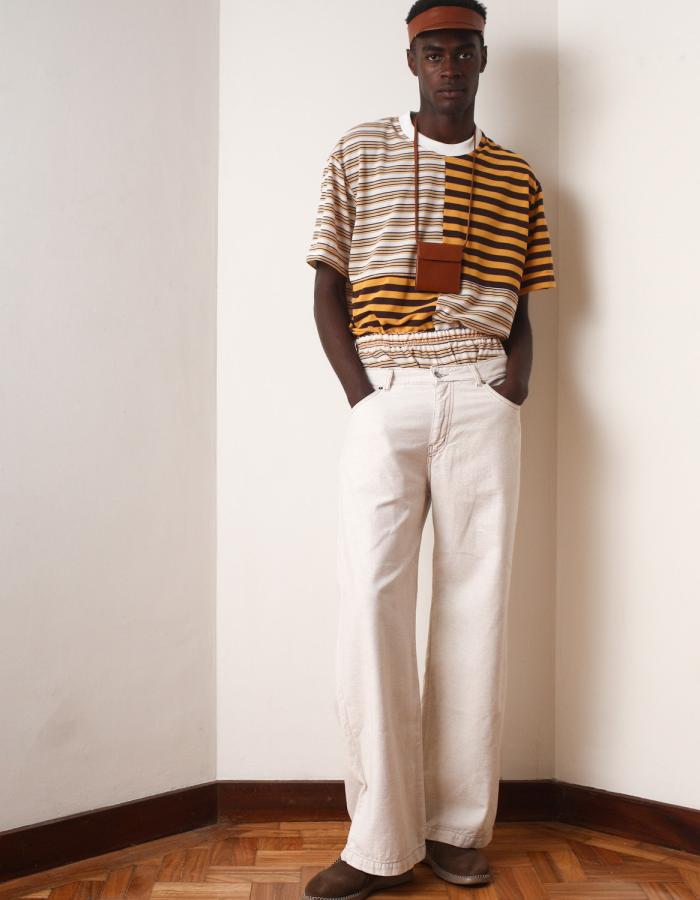 In the aftermath of the civil rights struggle, these communities came together in authentic cultural hubs, such as the Harlem
Renaissance where musicians, designers, photographers and all kinds of artists brought African-American culture to the
mainstream.

This is considered one of the most iconic moments in fashion, which marks for the first time the individuality, irreverence and
fluidity of genres.

We can highlight some details present in the fashion of the time but also in this collection. New washed denims, structulas
knit garments and some iconics matching sets.