Daniela Sartori is a Fashion Designer from Universidad de Buenos Aires. In 2004 at the age of 23, she created SARTORIA, a micro-enterprise devoted to develop different products for many of the important brands in the market. SARTORIA was aimed to work mainly for the industrial tailoring for men and women, and tried to be involved in the entire production process of each garment, from the guidance in the design process, the development of mold-making up to the final product.
Since then, she has worked for a large number of brands providing a free-lance service, offering her knowledge in design, mold-making and production, and making costumes for plays and movies.
In 2008 she created her own brand CSartori. It took part in major fashion and design events both national and international, like Colombiamoda in Medellin, the Bienal Internacional de Diseño in Madrid (La Bid), Buenos Aires Moda and the Festival internacional de Diseño de Buenos Aires. Daniela Sartori also won two awards in design competitions during 2009 and 2010.
2 years after she created her namesake brand ”Daniela Sartori.” In March 2011 she introduced the fall / winter collection called “Cimientos” (Foundations), with the support of the Centro Metropolitano de Diseño. She was chosen to take part in the first edition of BUENOS AIRES RUNWAY in the category “new designer.”. At the same year she participated at the Mercedes Benz Fashion Week of New York whit others five local brands. Currently she continues presenting hers collections in Buenos Aires and eventually in New York. 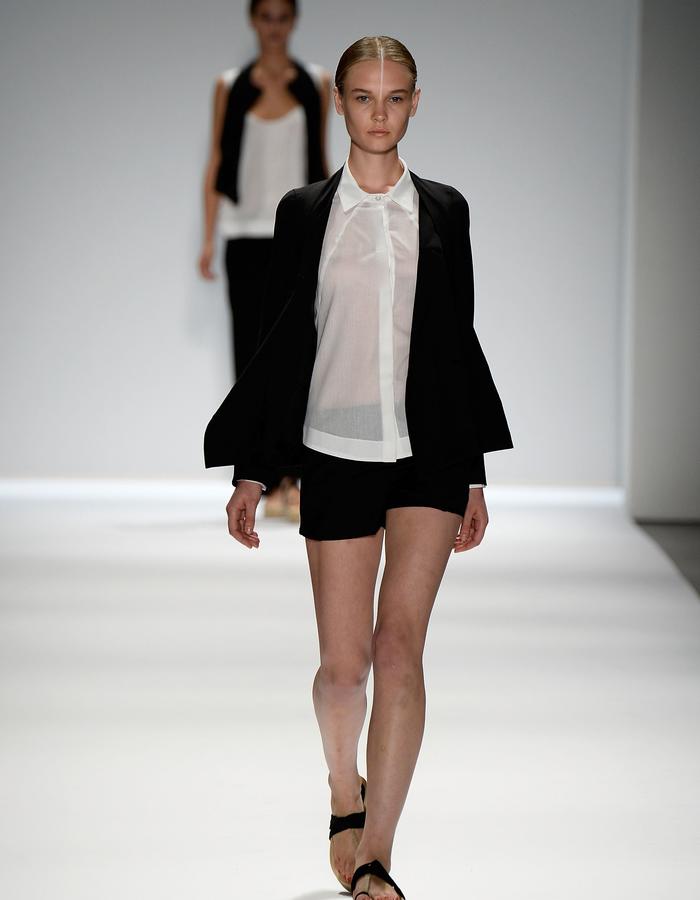