Damir Doma was born in 1981 in Croatia but grew up in the southern part of Germany. Damir studied at ESMOD in Munich and Berlin and graduated in 2004 with magna cum laude for the best collection. The young designer then went to Antwerp, where he worked with his idols Raf Simons and Dirk Schoenberger. Particularly Simons broaded Damir’s conception of fashion and arts and helped him to create his own definite idea of aesthetics. In Fall-Winter 2006, Damir launched his own label. Living and working in Antwerp, Damir now focuses all his creativity to conceive a style that reflects his mood and state of mind: romantic, poetic, sensitive and melancholic. Damir’s work is based on his love and understanding of materials and fabrics. Every single creation is elaborate, personal and unique. 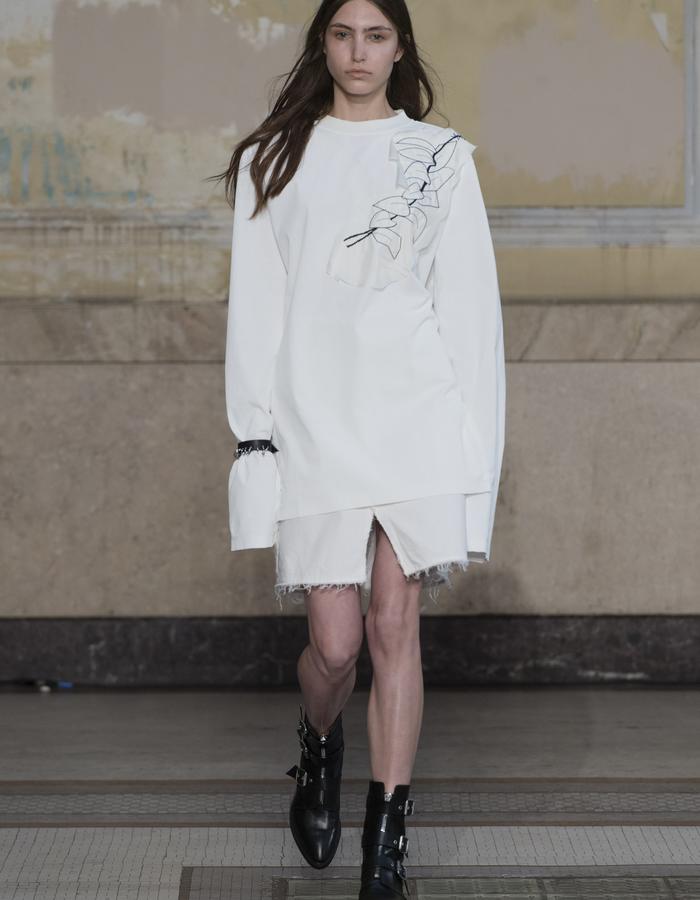