As the first norwegian MA graduate from the Antwerp Fashion Academy, Damien now runs his namesake label in the city. His BA collection was awarded the Tommy Hilfiger Award and Dazed & Confused featured him as one of the freshest new designers after graduation. Directly after school he started Freelancing for the Antwerp-based label Vandenvos and after half a year he became the Creative Director. His first capsule collection, ‘Soldid Matte’, was nominated for the fashion competition ‘5th Season’ by the Flanders Fashion Institute (FFI) in June 2010. In October 2010 he was chosen to reinvent Coke VIP, for whom he designed and developed signature pieces. He has been teaching design since January 2011 at the Fashion Department of the Warsaw Fine Arts Academy. With his Spring Summer 2012, ‘Subterranean Sunlight’, Damien was a finalist for the UPR Creativity Award and has been awarded one year of free support by Unlimited PR. In July 2012 he won the competition to design the outfits for Biennale Interieur, one of the biggest and most prestigious design biennales in the world. Previous designers include, among others, Stephan Schneider, Walter Van Beirendonck and Issey Miyake.
He launched Spring Summer 2013, 'BEN.NA' and a limited edition shoe for Underground Shoes in October 2012 which was selected for Festival d'Hyères 2013. Recently, his SS14 collection 'Gamut' was selected by ELLE Belgique to be presented during the ELLE x BFD2013 show in October. 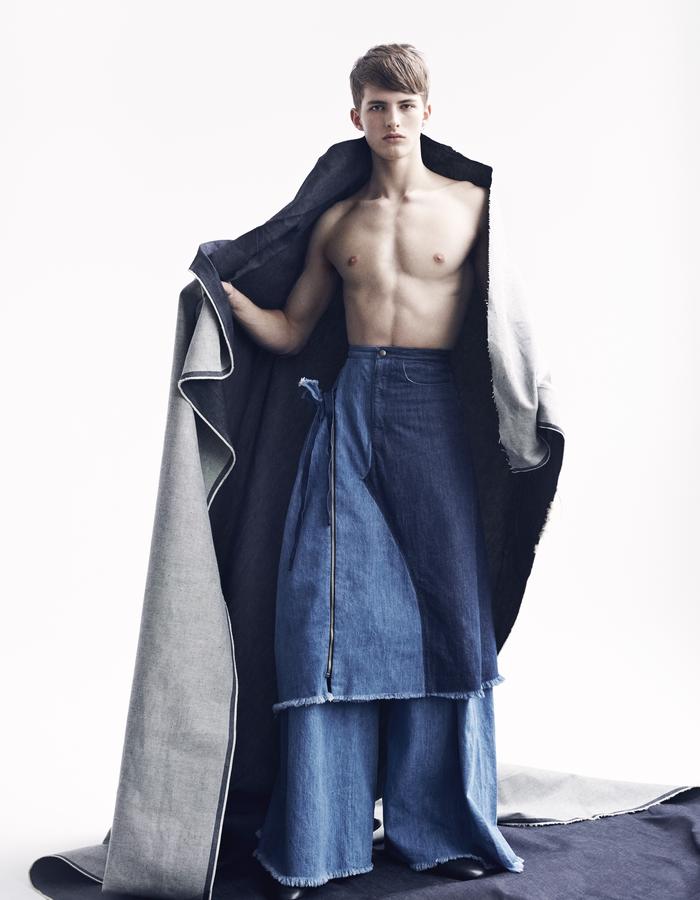 Damien Ravn is honoured to have been invited by the Danish Fashion Institute, together with other emerging fashion brands, to create a sustainable denim outfit for Copenhagen Fashion Summit 2016; the world’s largest sustainable fashion event. Showcasing innovation and environmental solutions, the outfits were produced responsibly by premium denim supplier ISKO Denim.