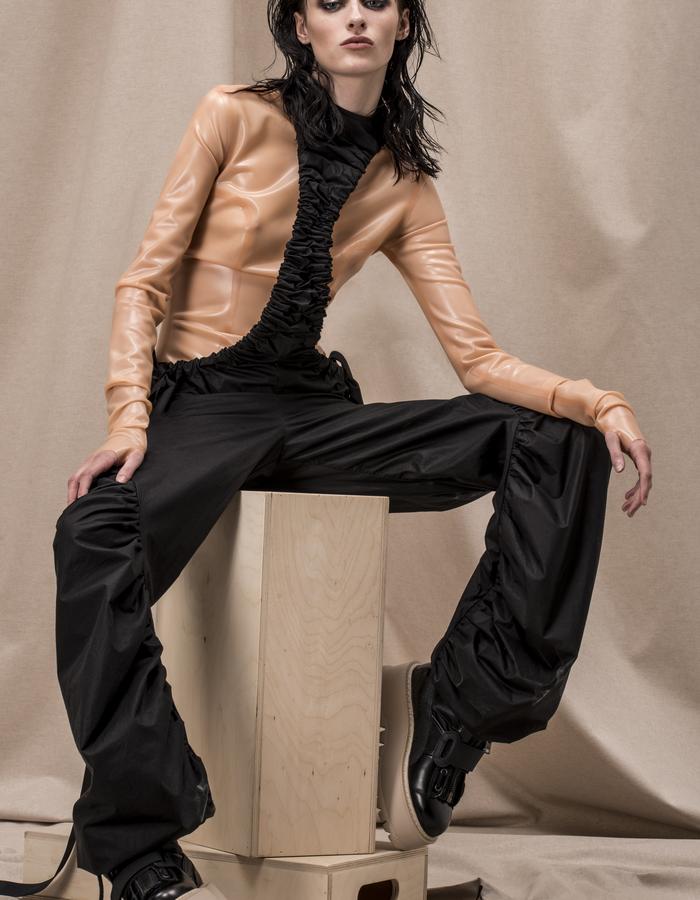 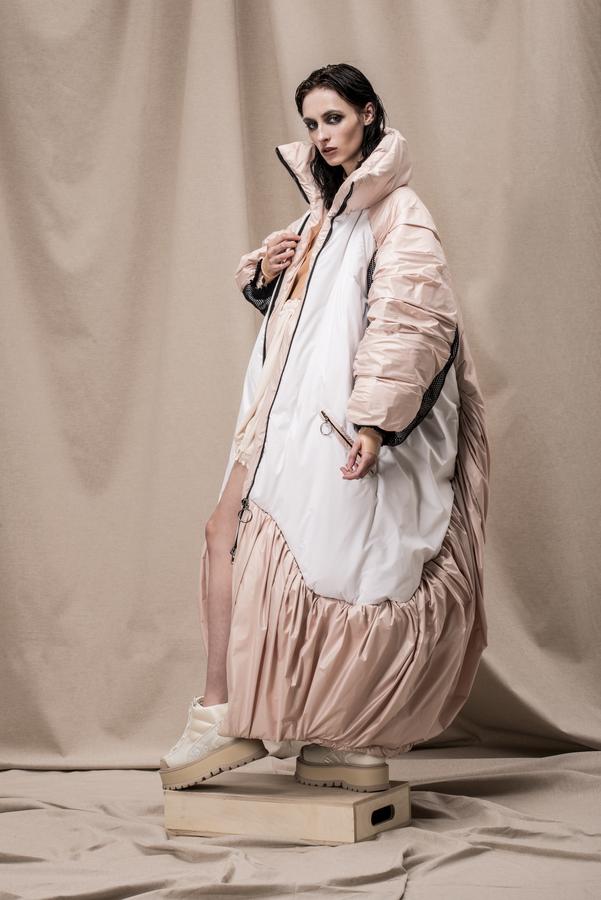 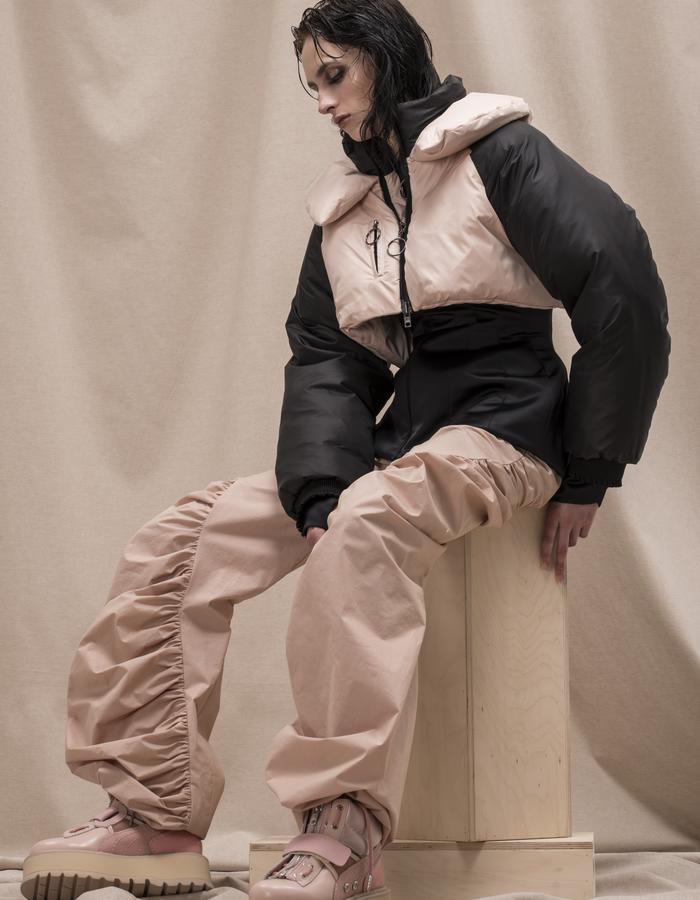 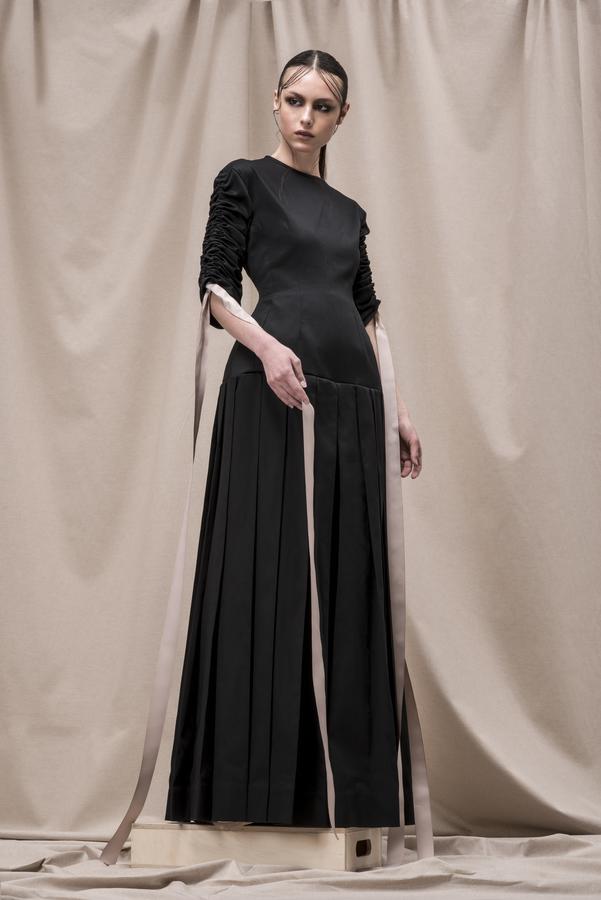 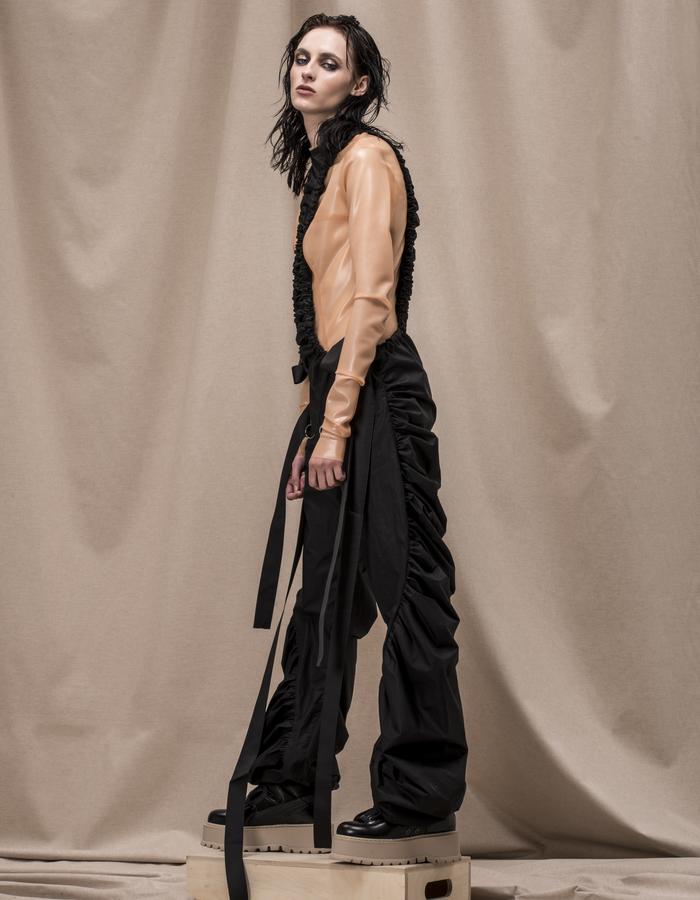 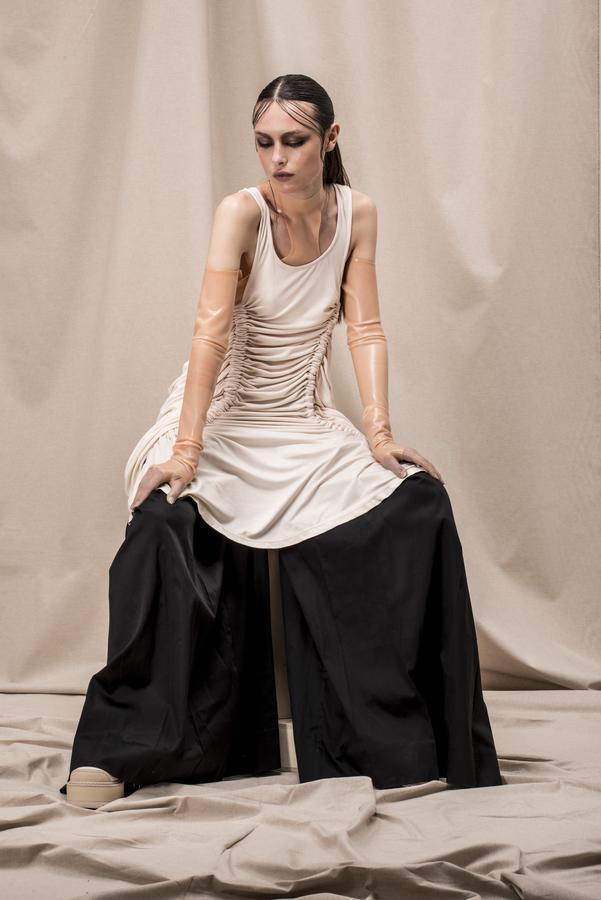 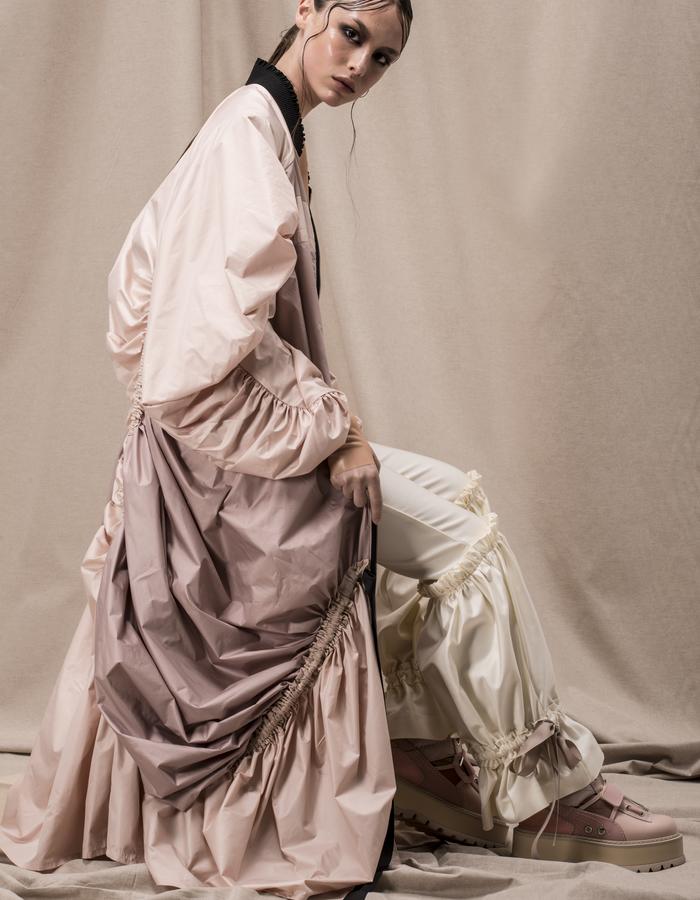 The concept for THE FIRST WAVE originally stemmed from research into the Suffragette's which led to discovering female combat sports athletes from the Victorian era; women who were paraded around as a form of entertainment or performed within a freak show and fought in corseted, heavy dresses or large frilly pieces that seem disproportionate. Fusing this with more traditional combat sport, MMA from the Far East. 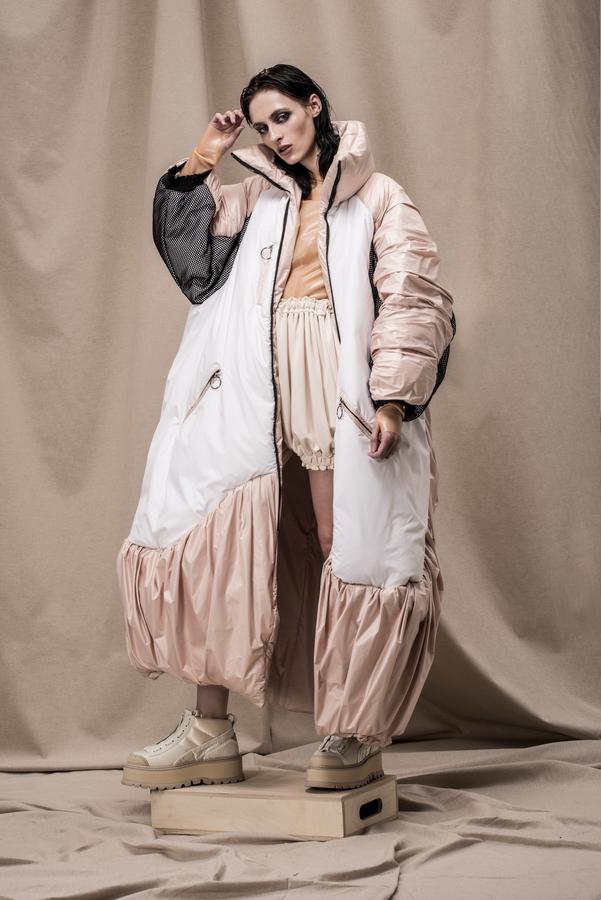 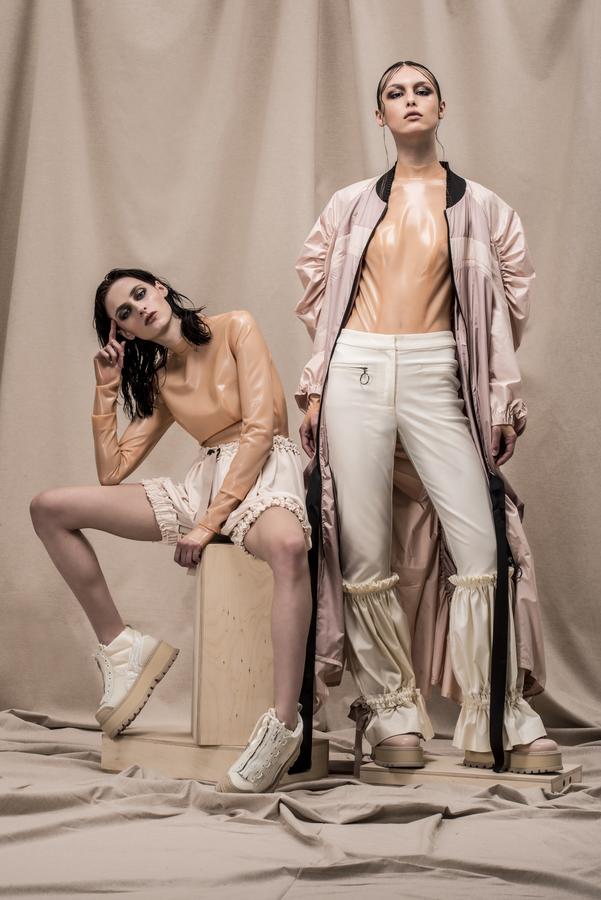 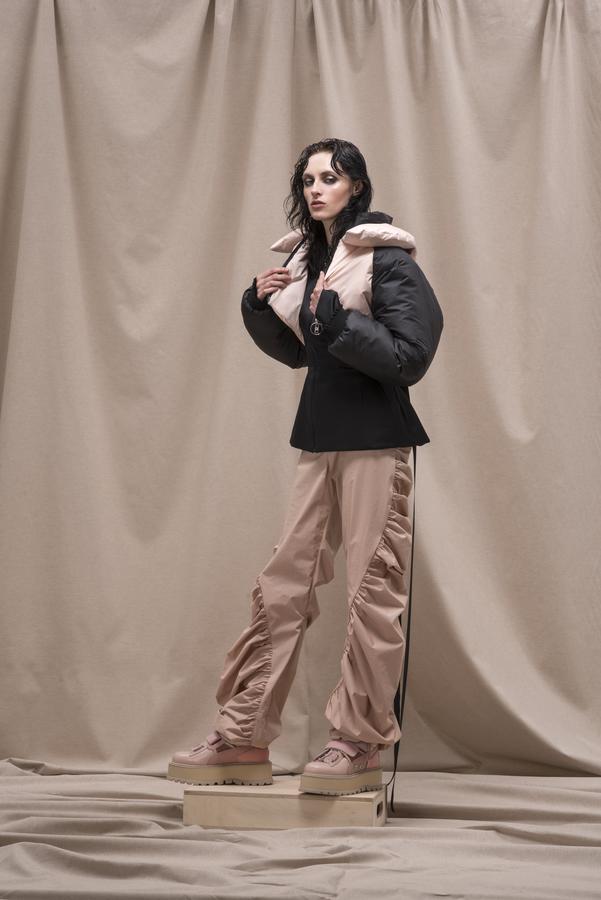 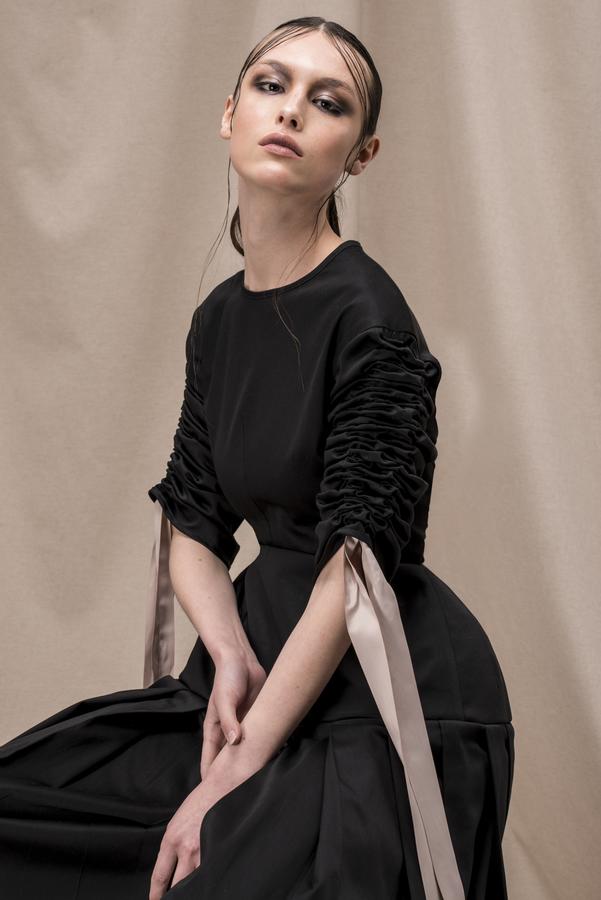 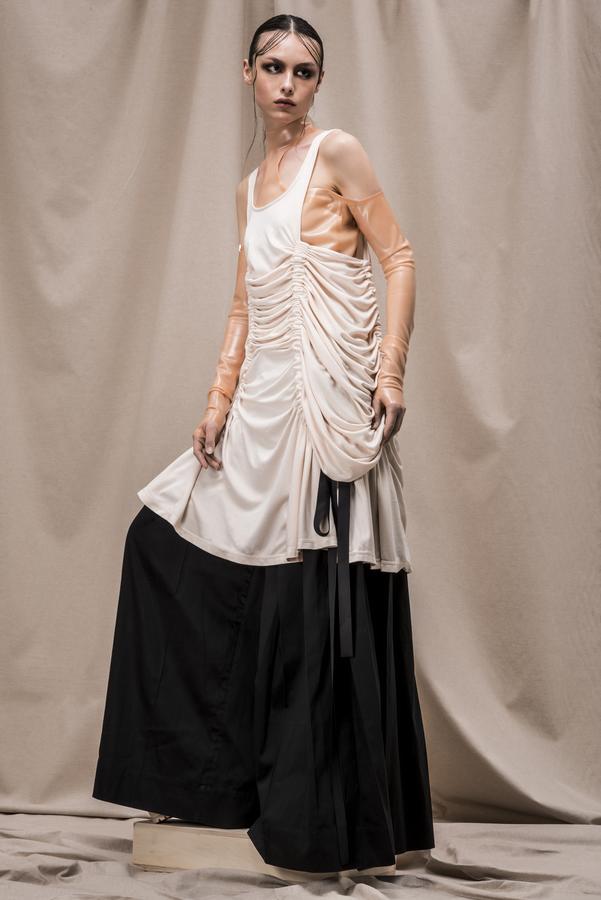 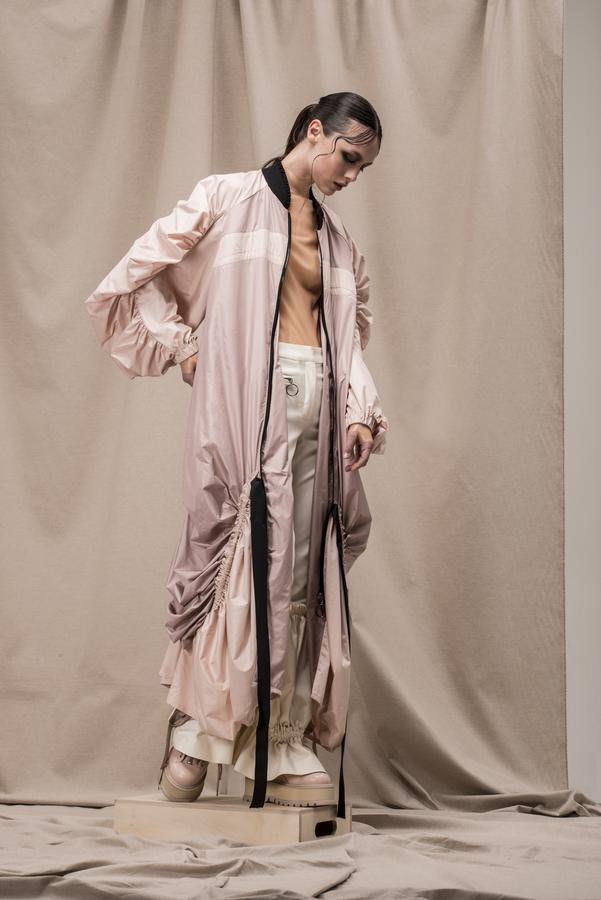