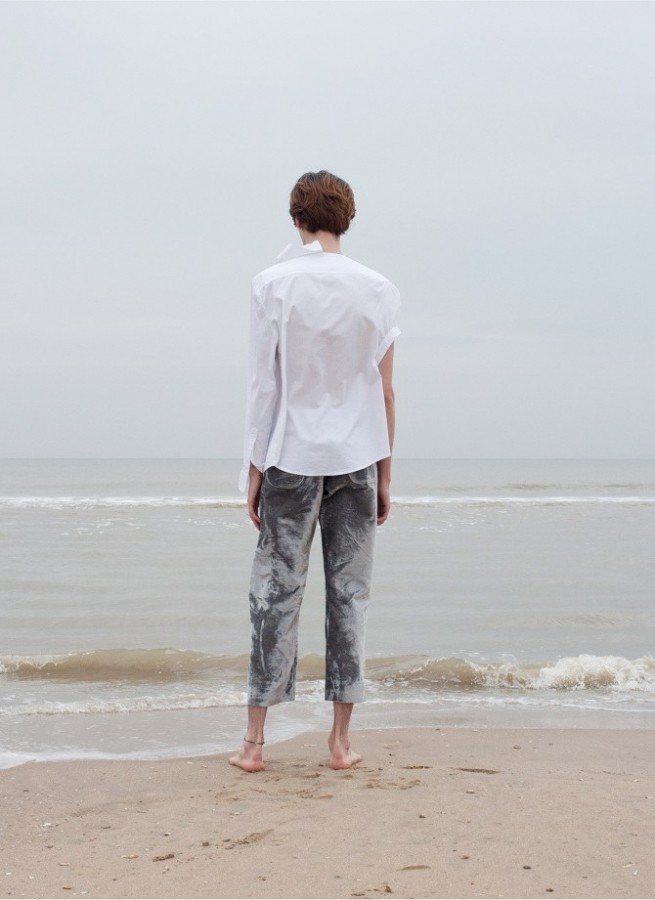 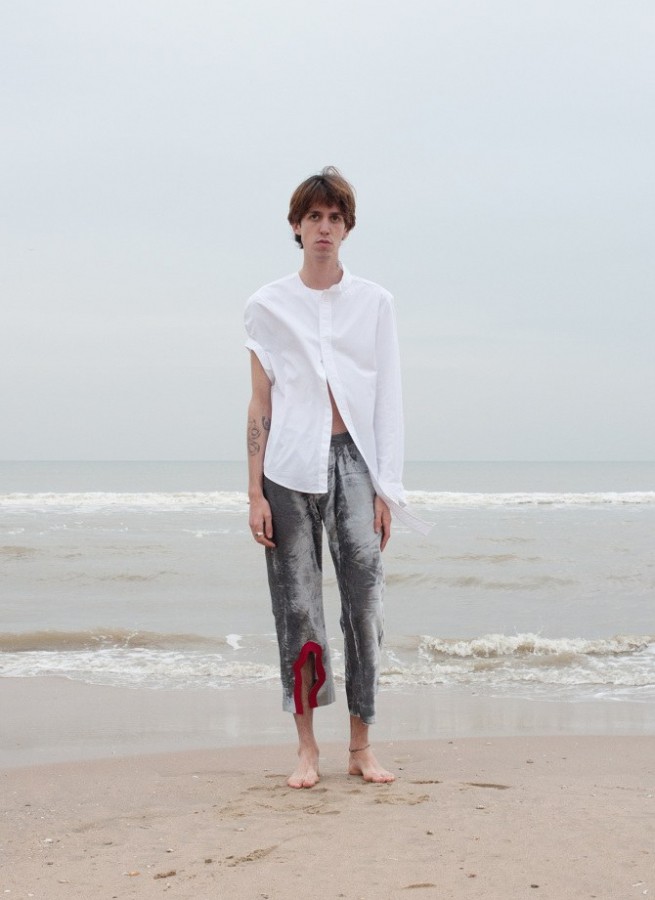 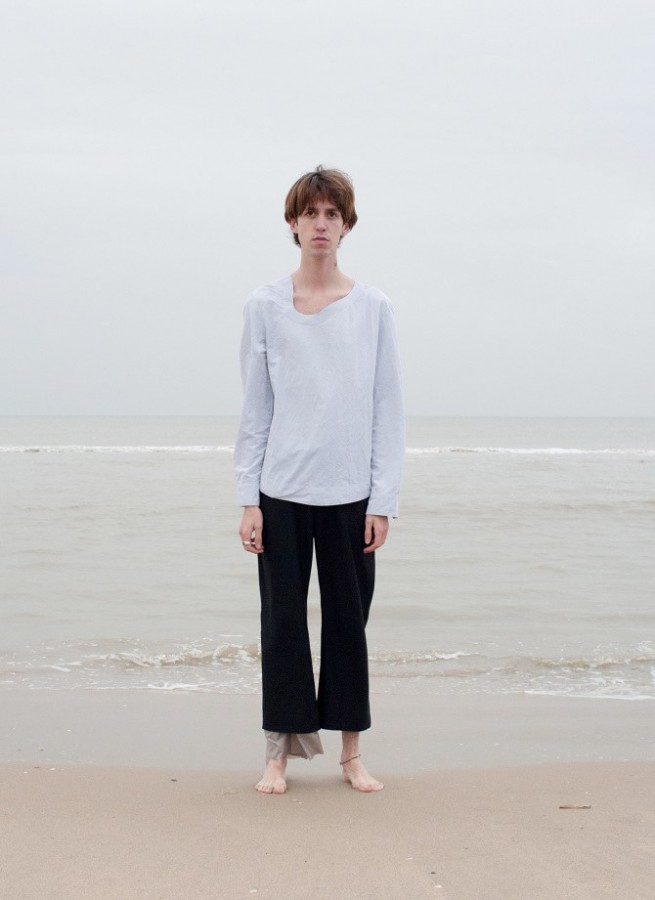 Simon Lextrait's collection was inspired by the story of Peter Bergmann. In 2009, a grey-haired man arrived by bus in the seaport town of Sligo in Ireland. Under the name Peter Bergmann, he checked into a hotel and carried three large pieces of luggage to his room. Over the next three days, he was captured by closed-circuit security cameras leaving the hotel with a full plastic bag and returning to his room with nothing. On the fourth day, he went to the nearby seaside village of Rosses Point, where he would later wash up on the shore. 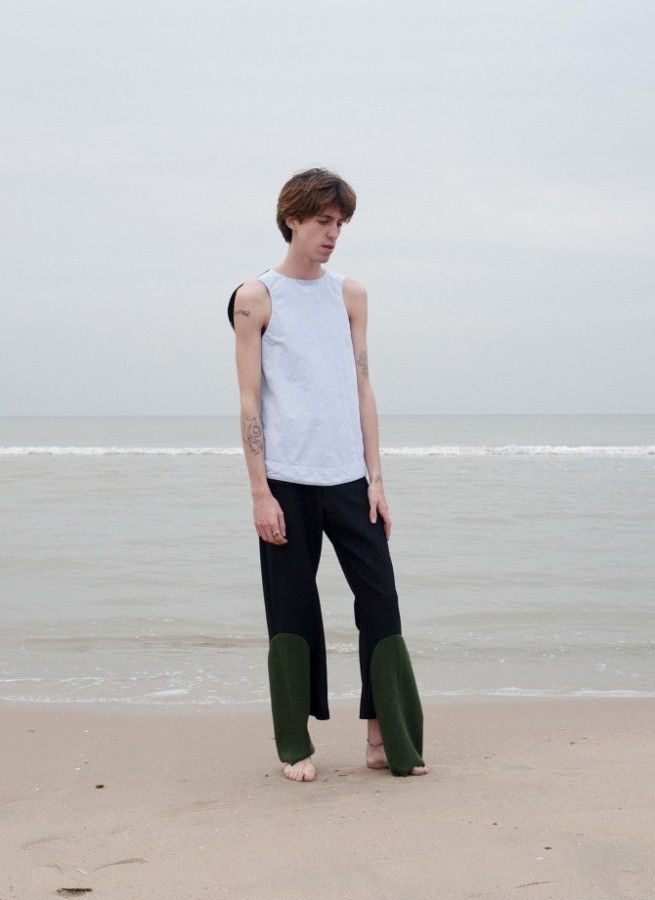 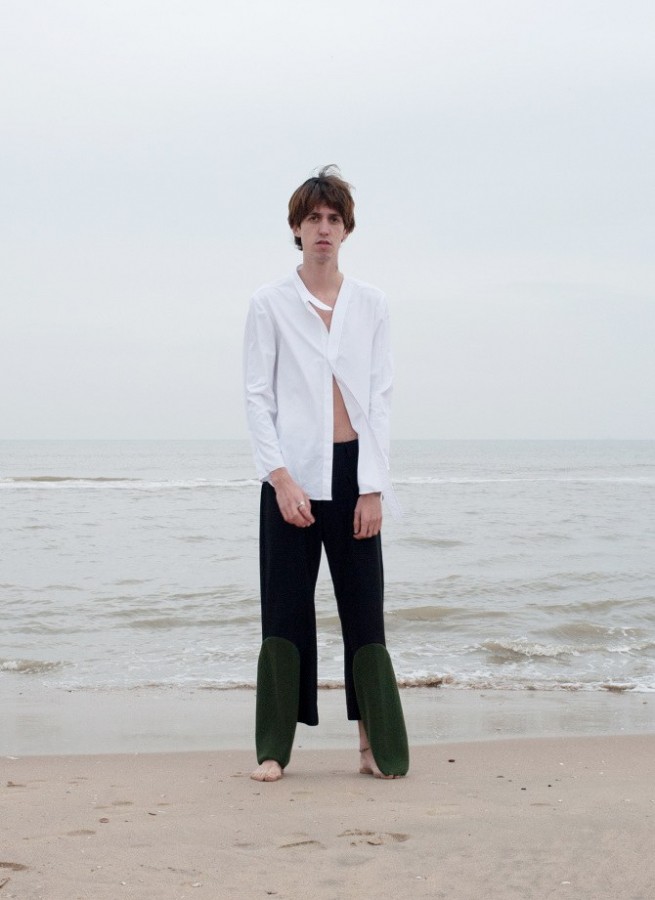 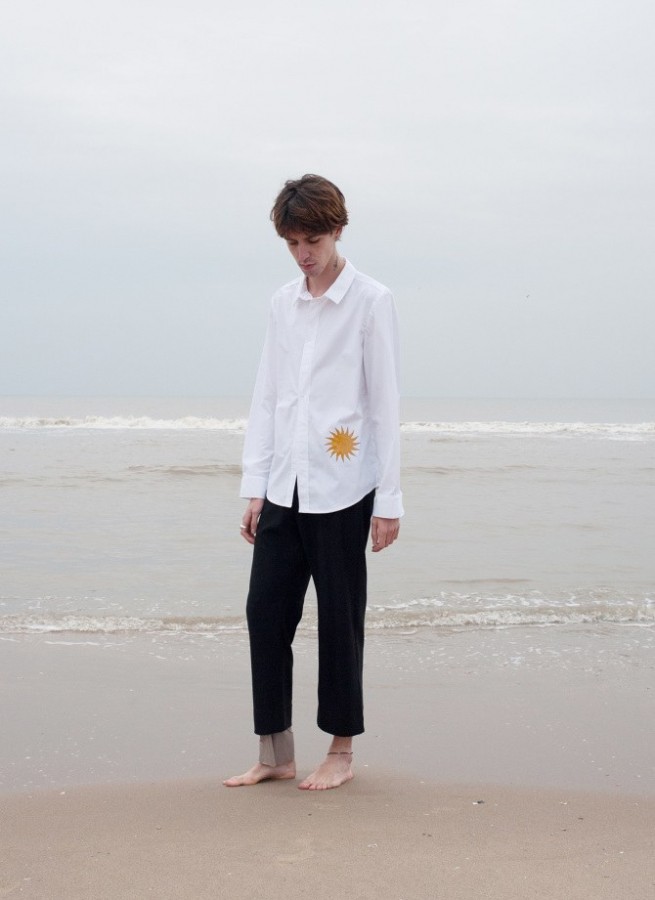