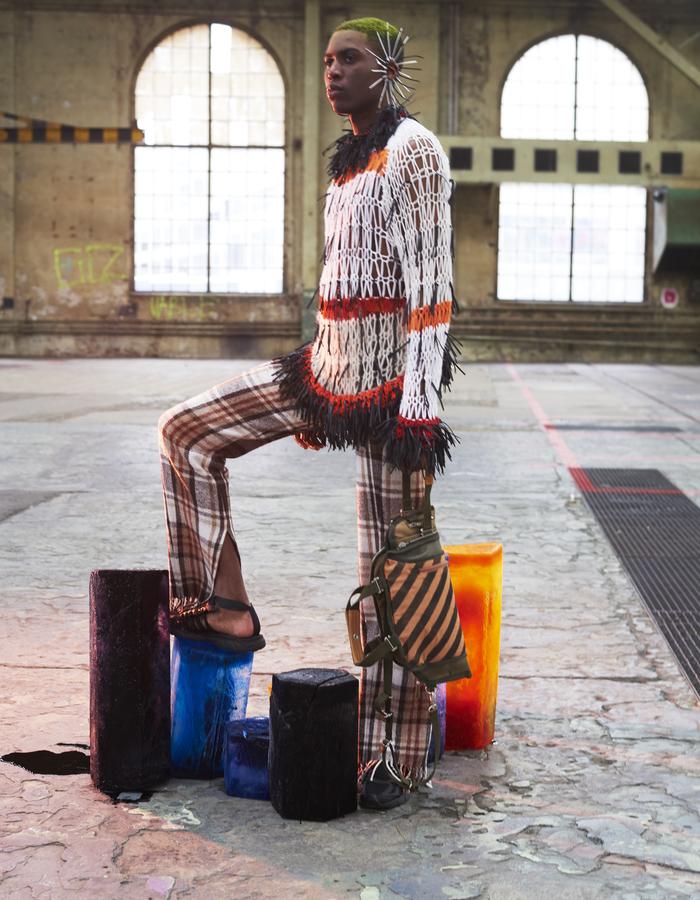 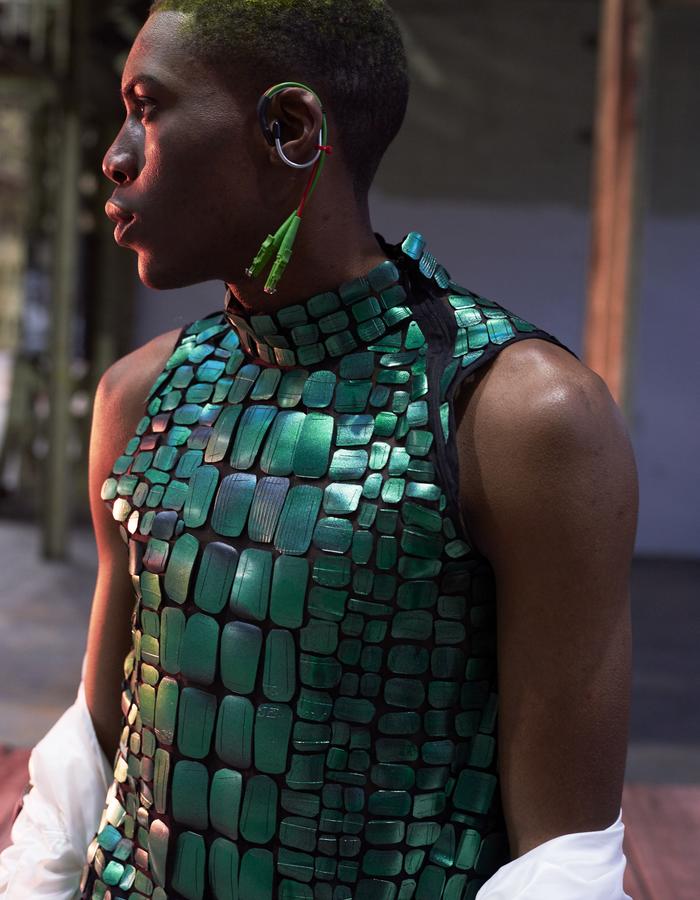 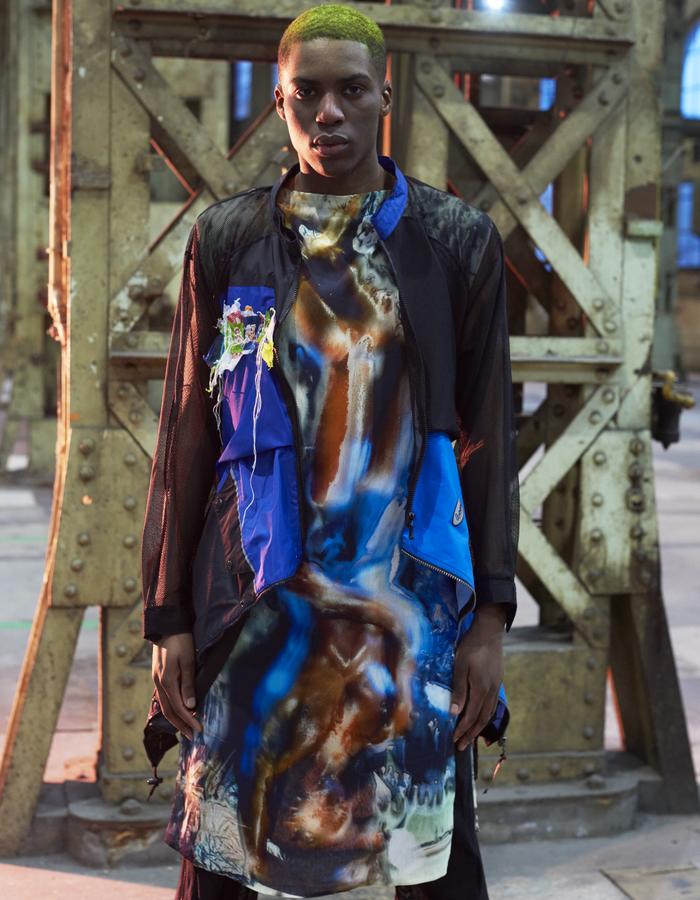 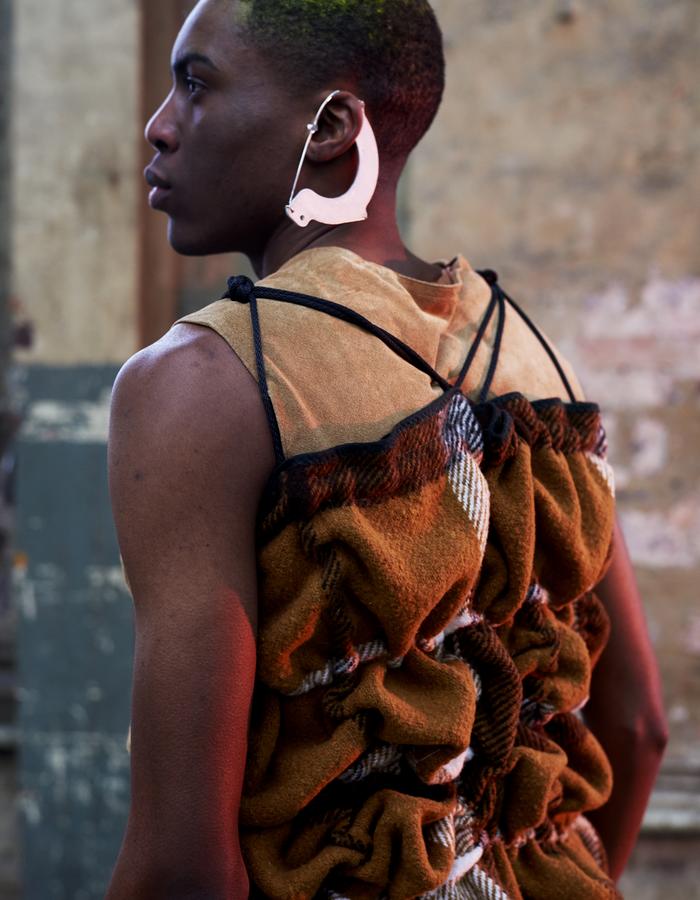 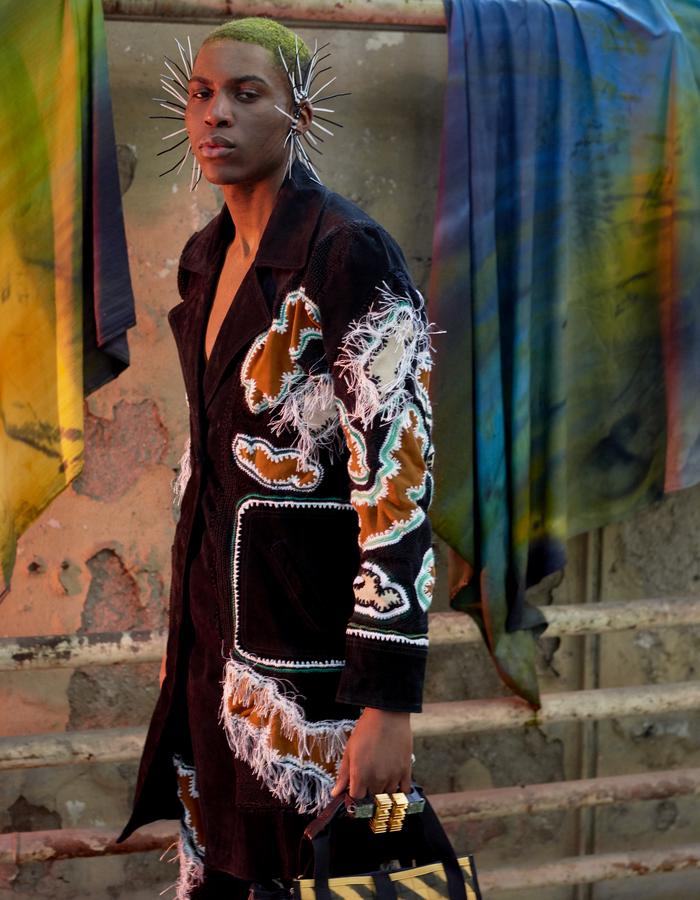 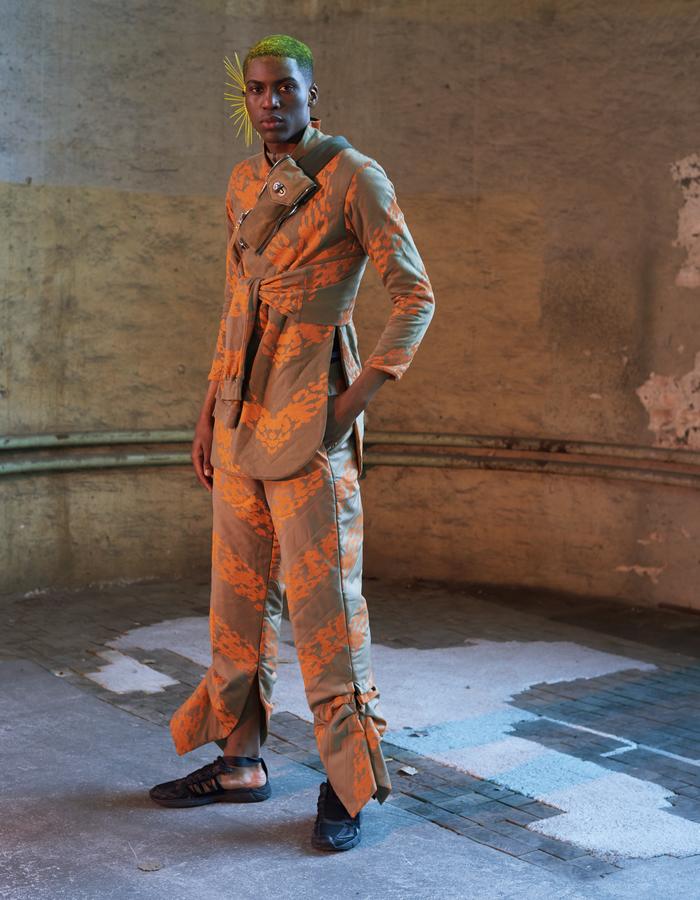 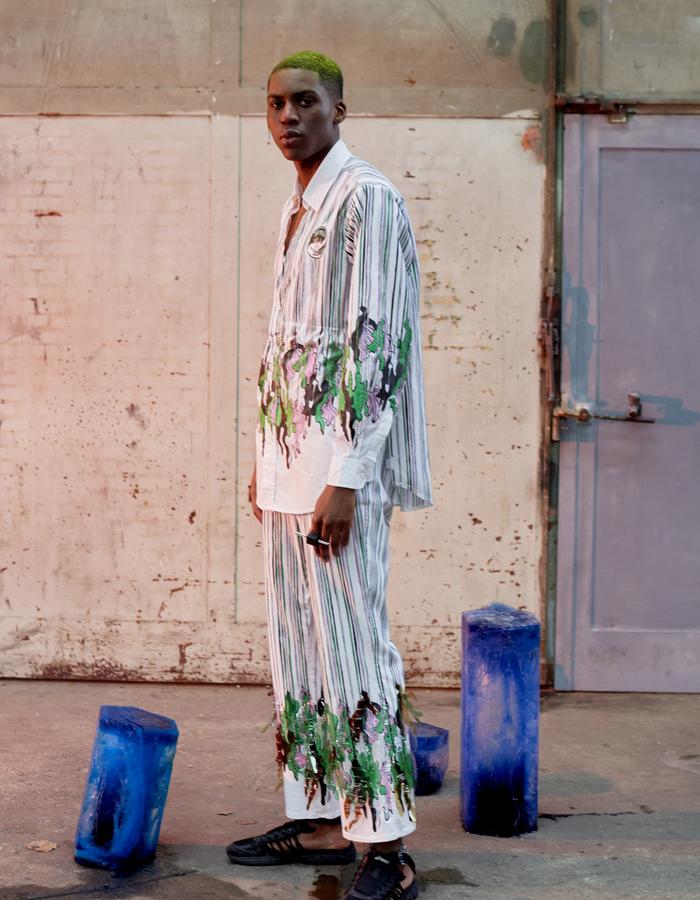 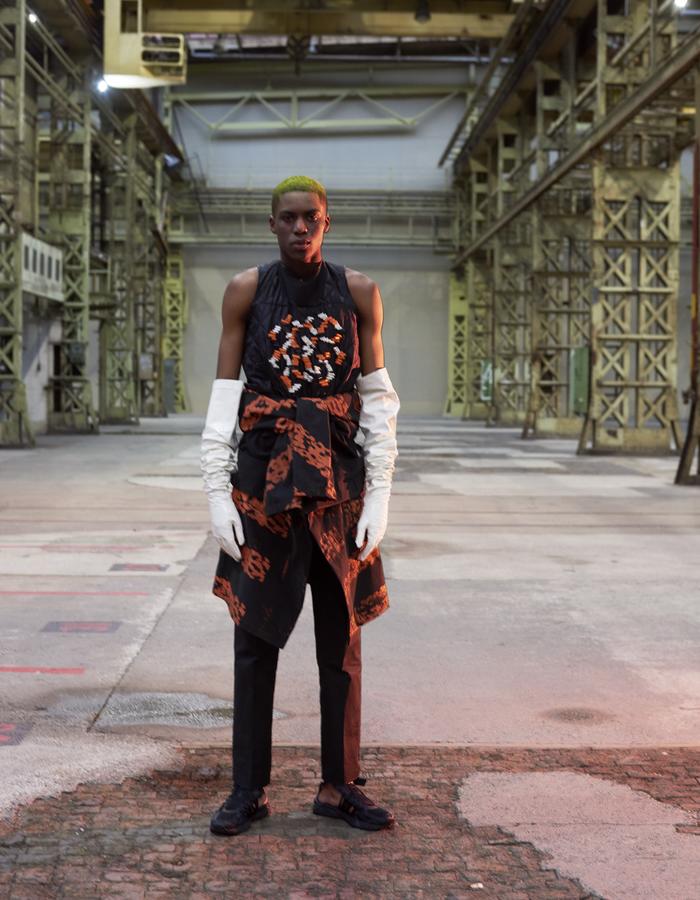 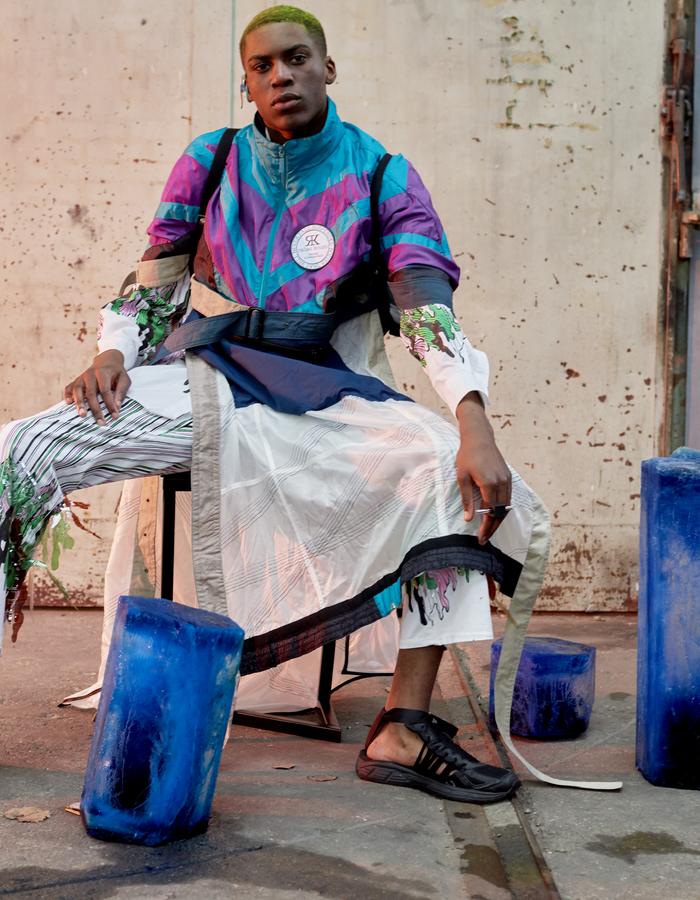 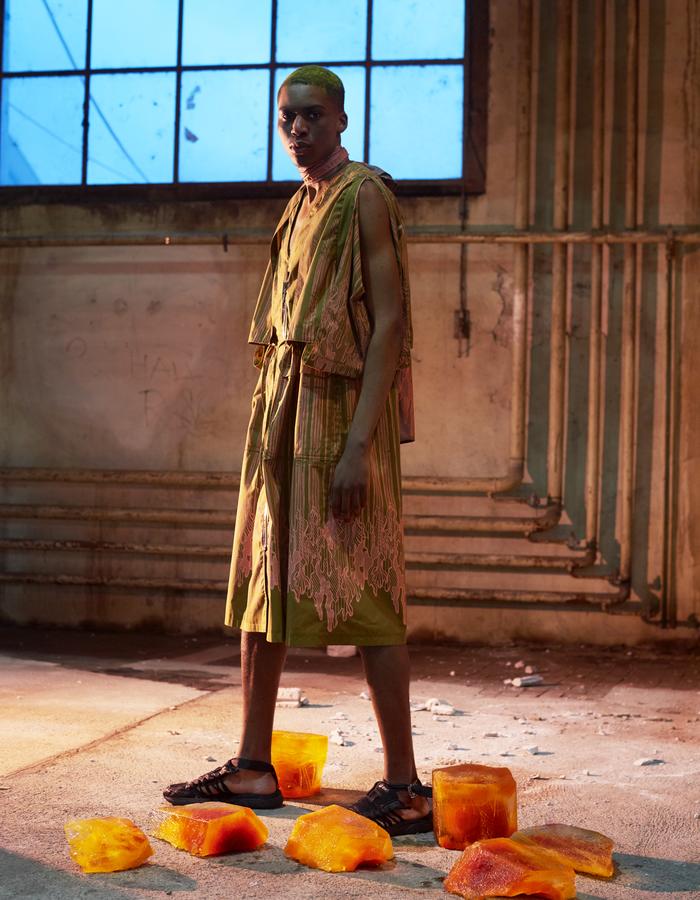 The couture collection is based on the feeling of a state of uncertainty in which the future is caused by a static balance between opposite entities, that are not yet aligned. In this moment different entities such as human beings, clothes and waste are becoming suspended bodies, in which any movement is captured. If suspended bodies, will never fall, it represents a new escapism. The Swiss textile heritage and African craftsmanship form a new unity, the propaganda to “Make do and mend” is not based on War Times, the Swiss military aesthetic is exotic and dazzled. 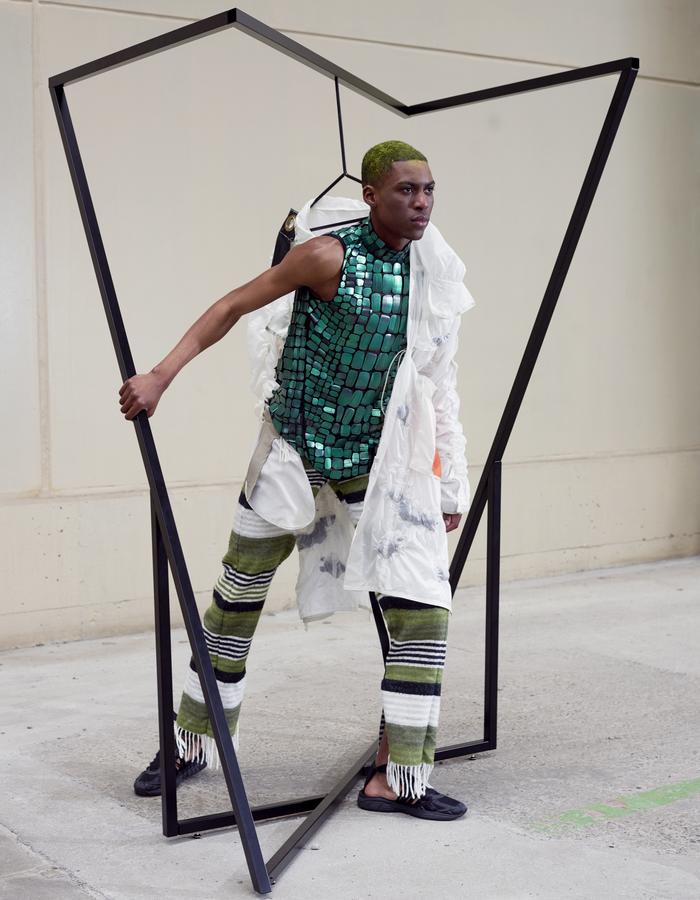 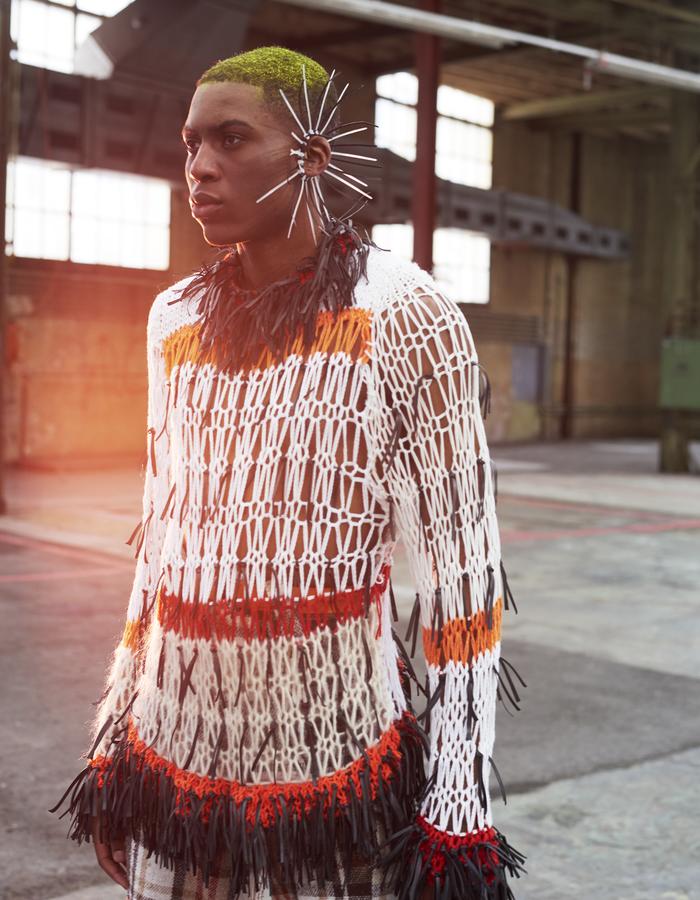 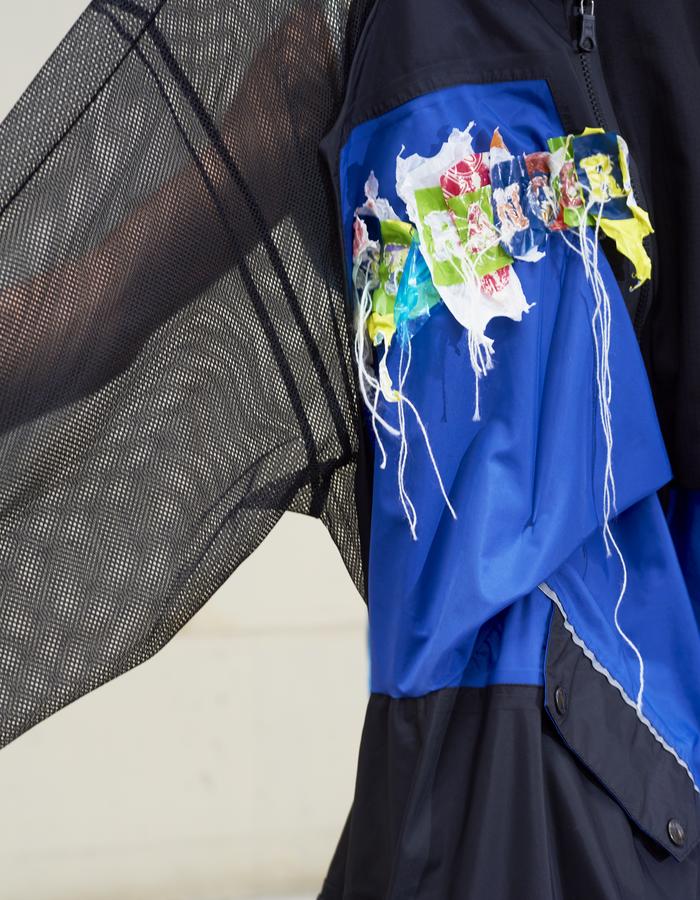 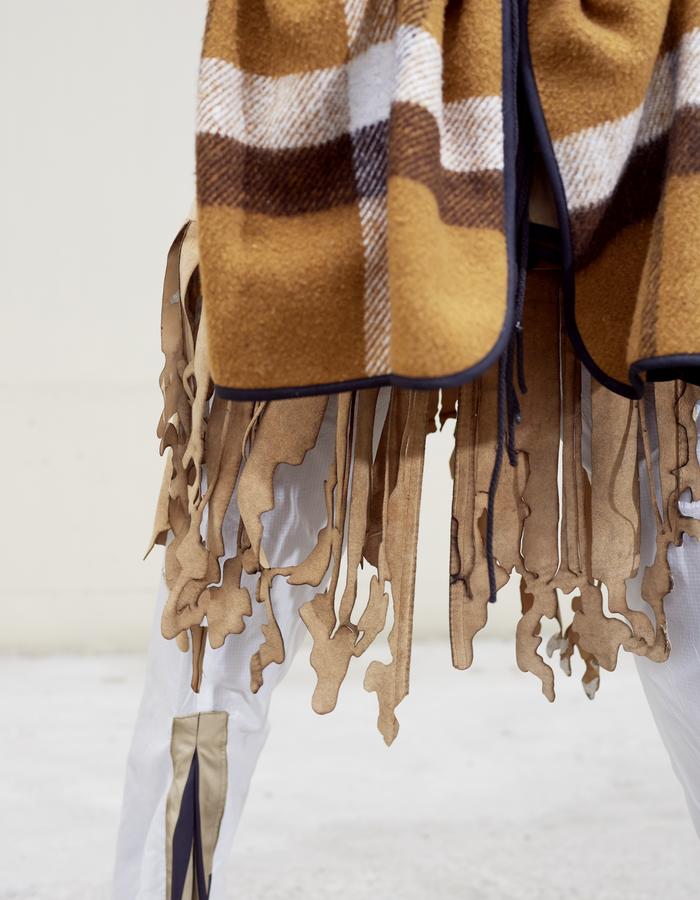 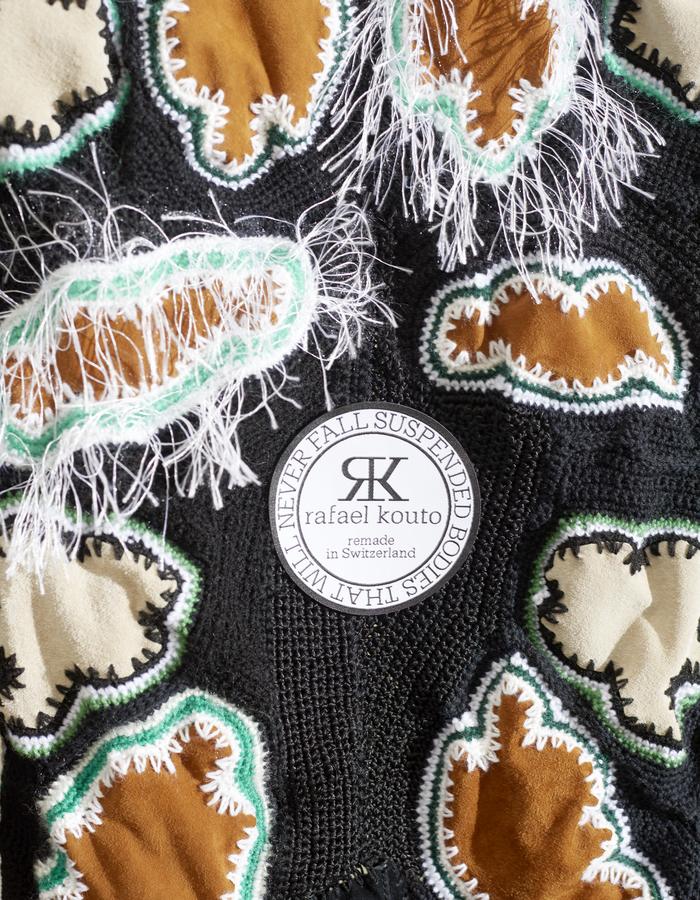 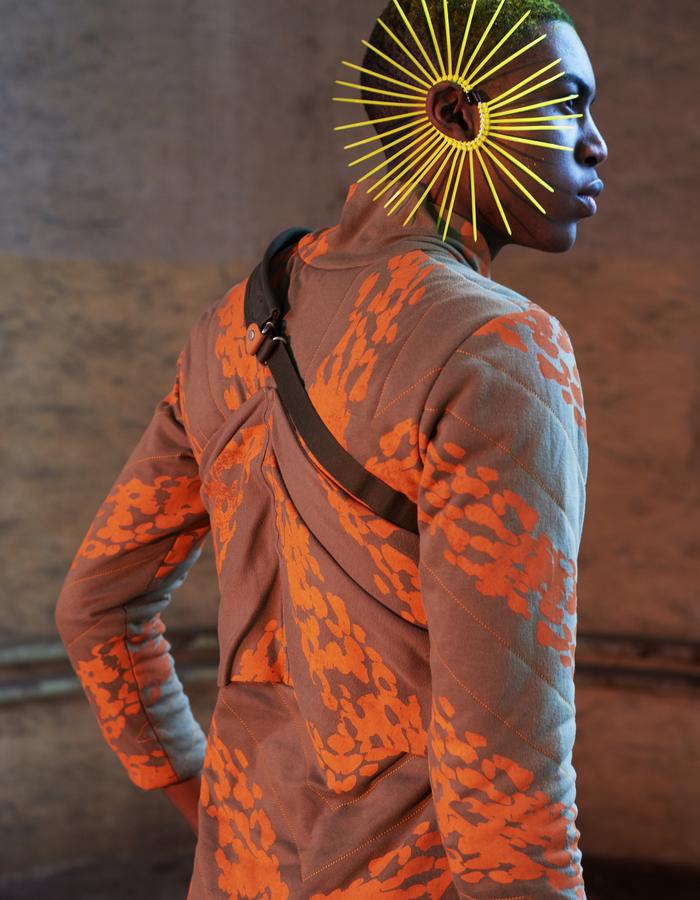 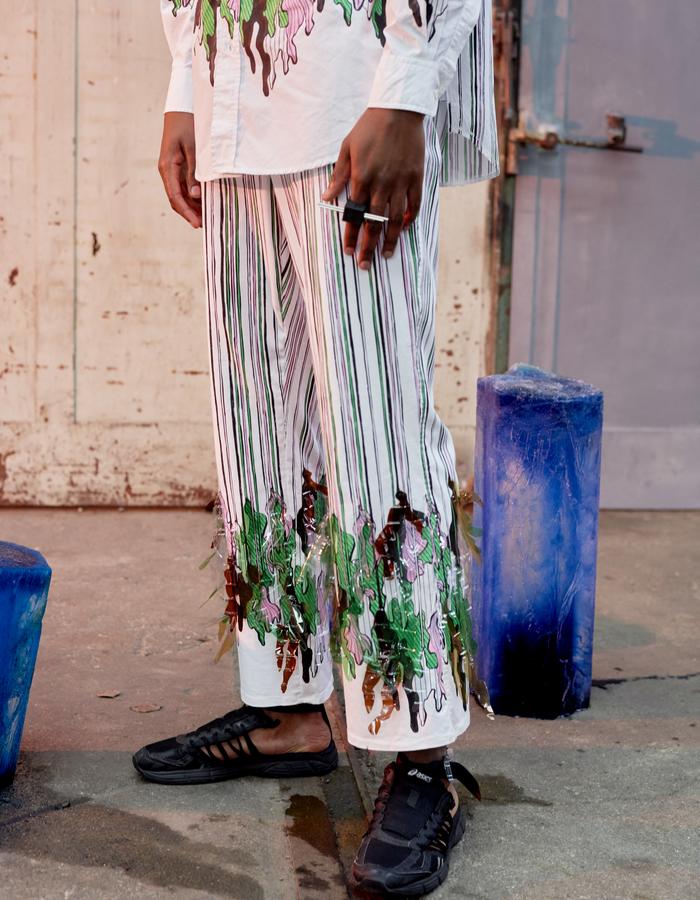 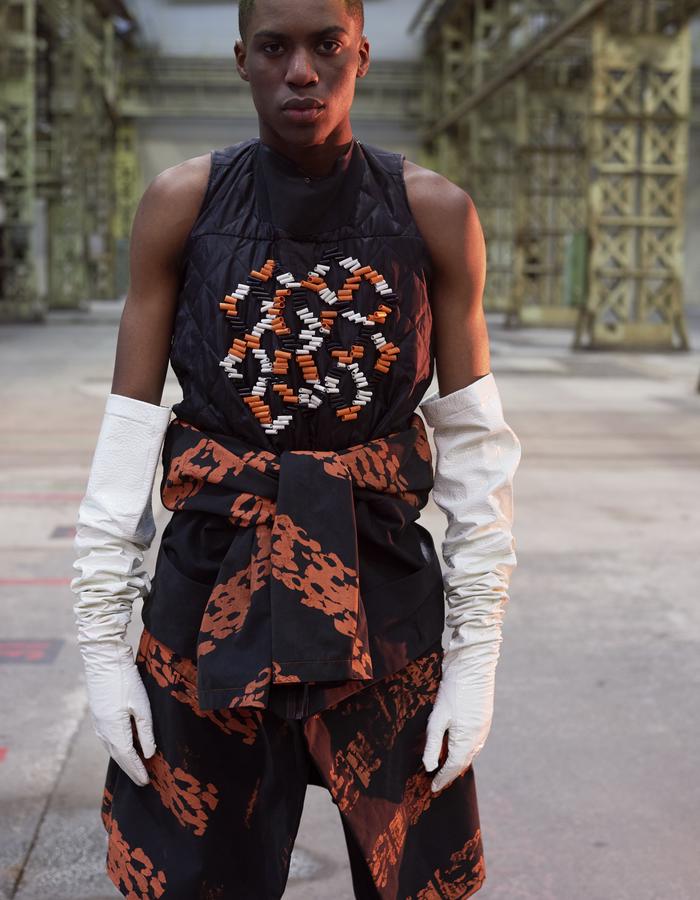 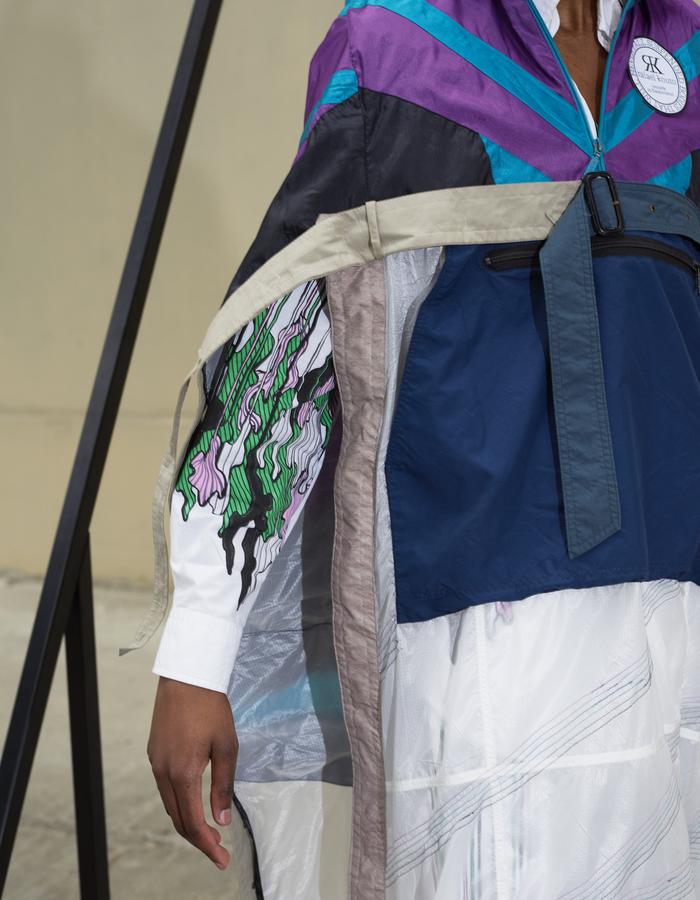 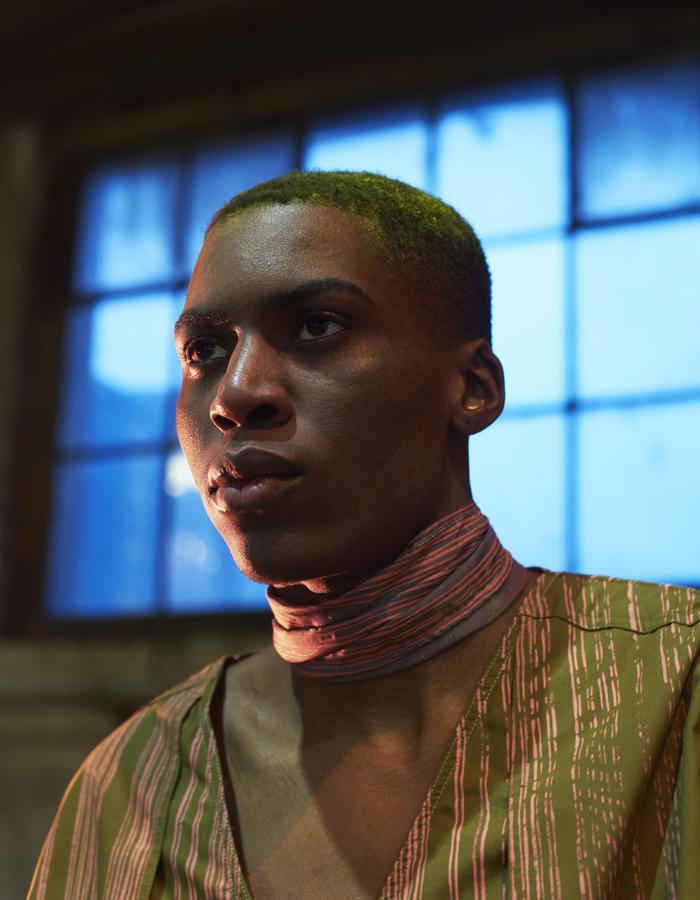