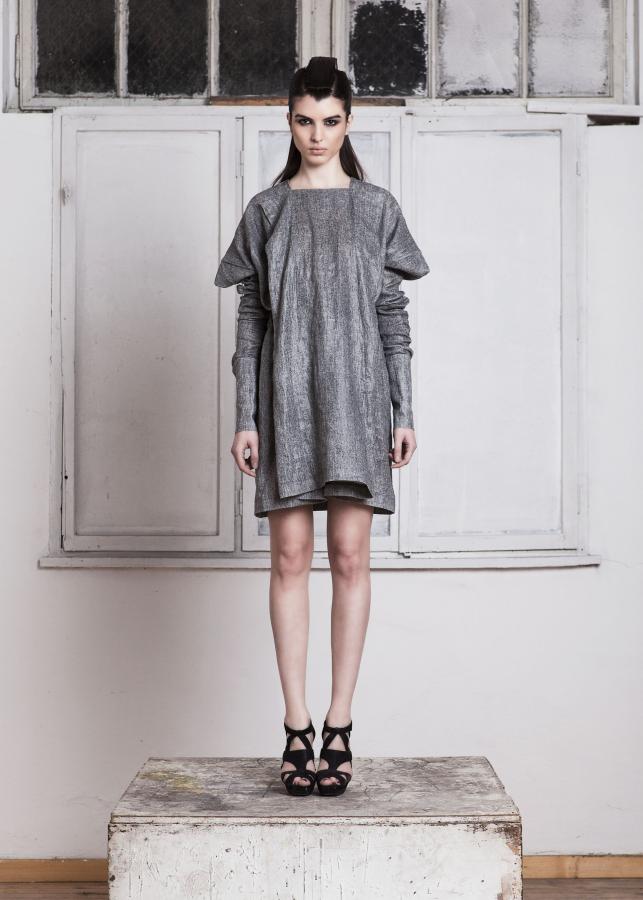 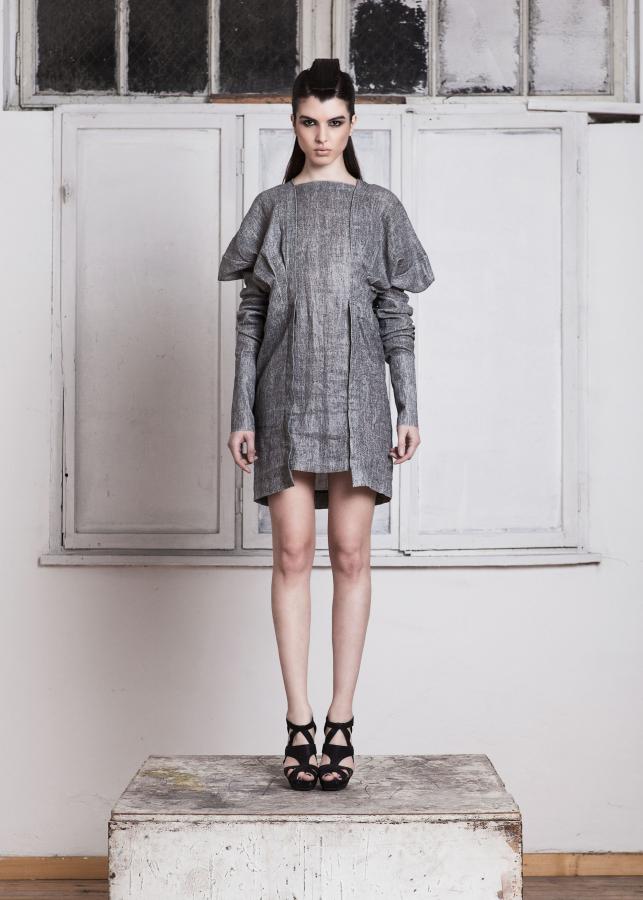 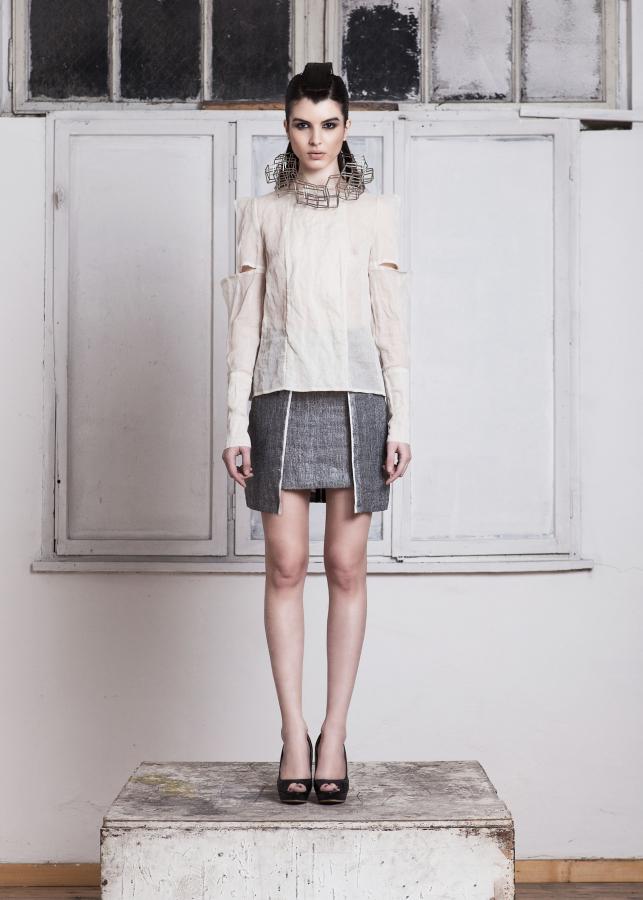 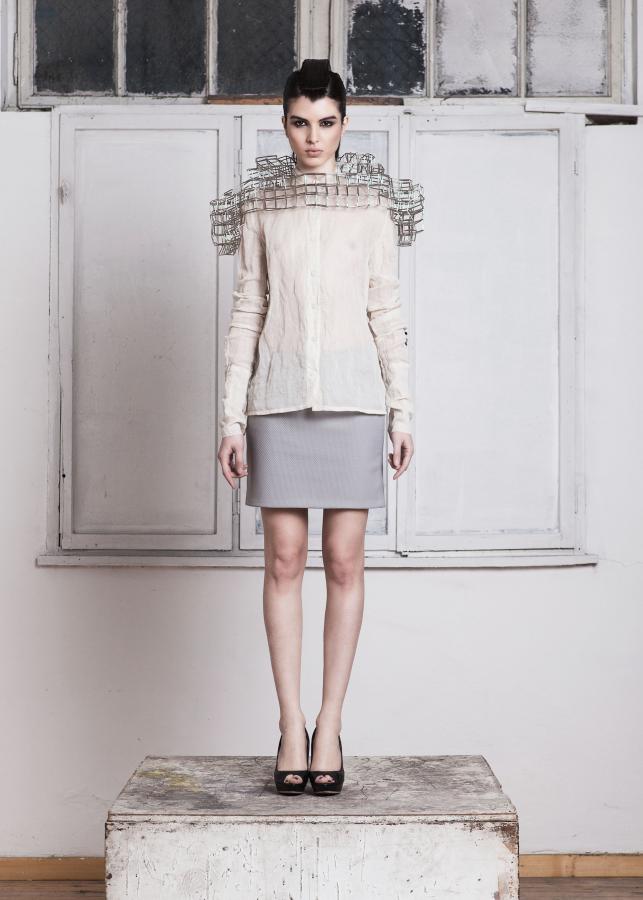 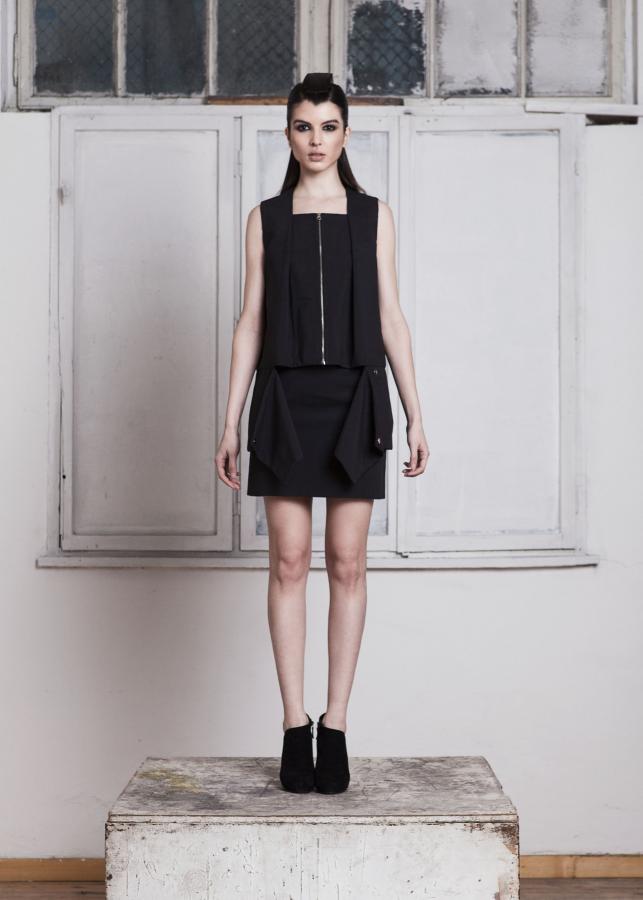 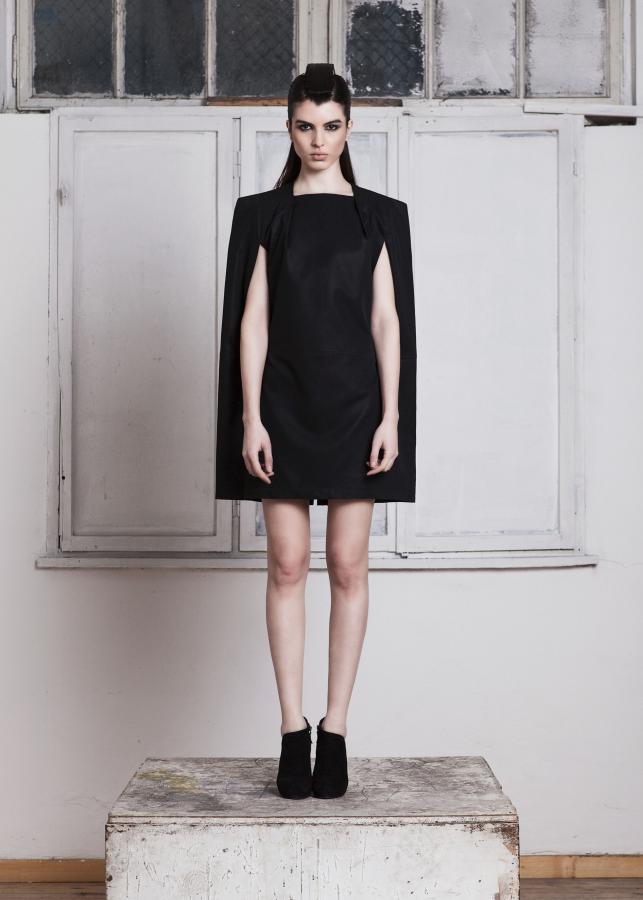 1300+33 is a concept collection which draws a parallel between two art movements that emerged during 20th century – cubism in fine and plastic arts and minimalism in fashion. In addition, the project 1300+33 was inspired by the notrious monument to 1300 Years of Bulgaria which integrates cubistic forms with minimalistic envirnoment.
Video by Georgi Andinov represent an original answer to the Western ideas in visual arts and fashion from 20th century and their reflection in socialist art. 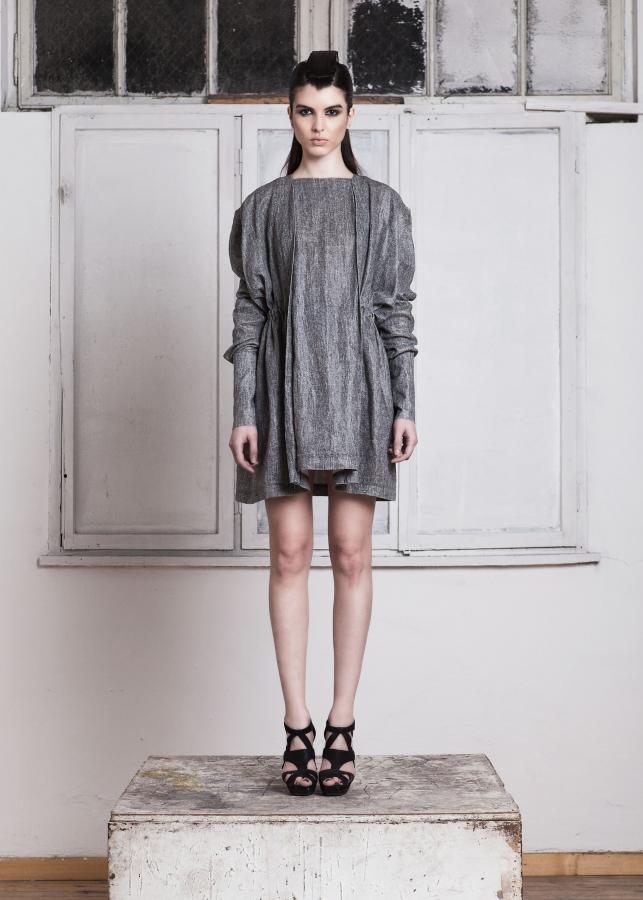 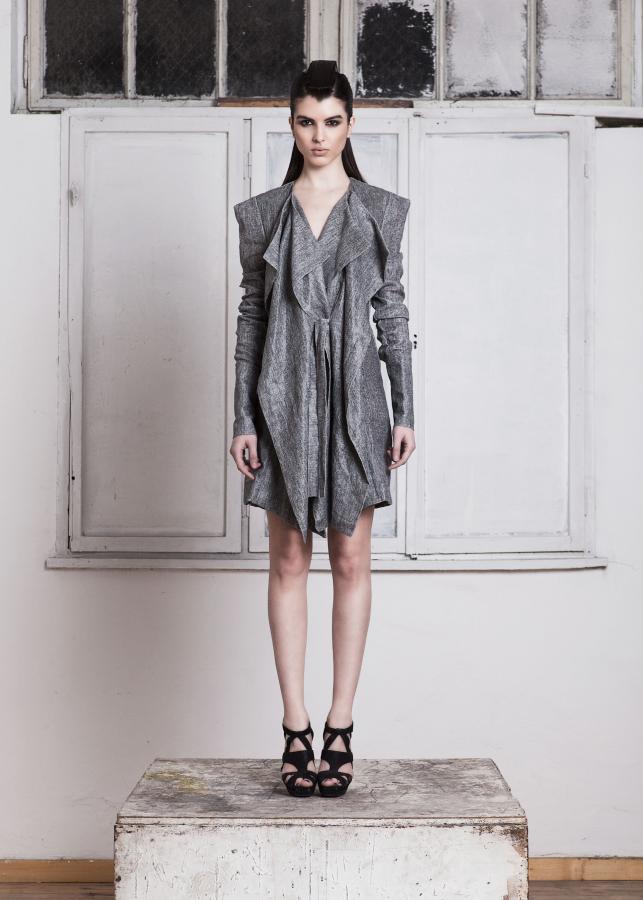 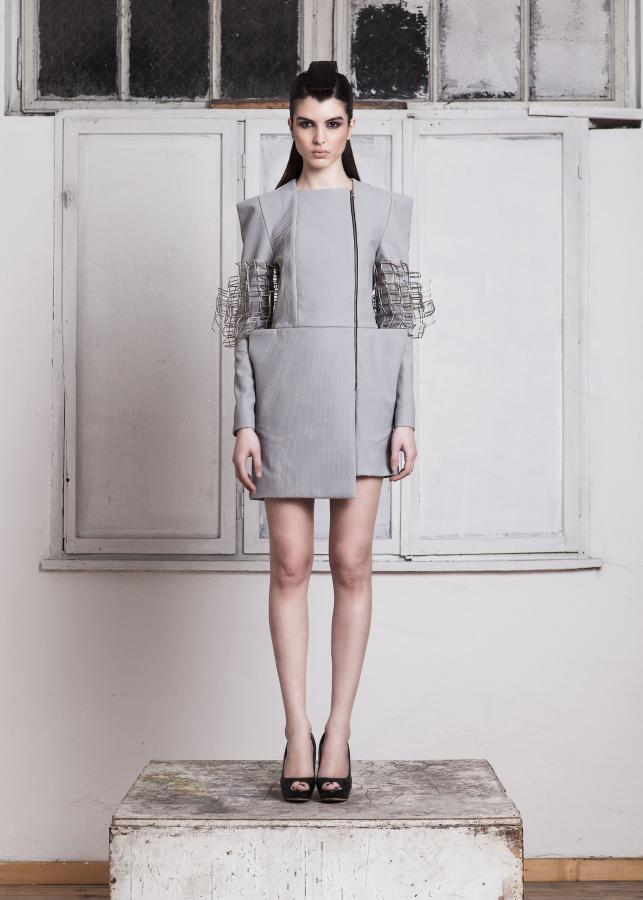 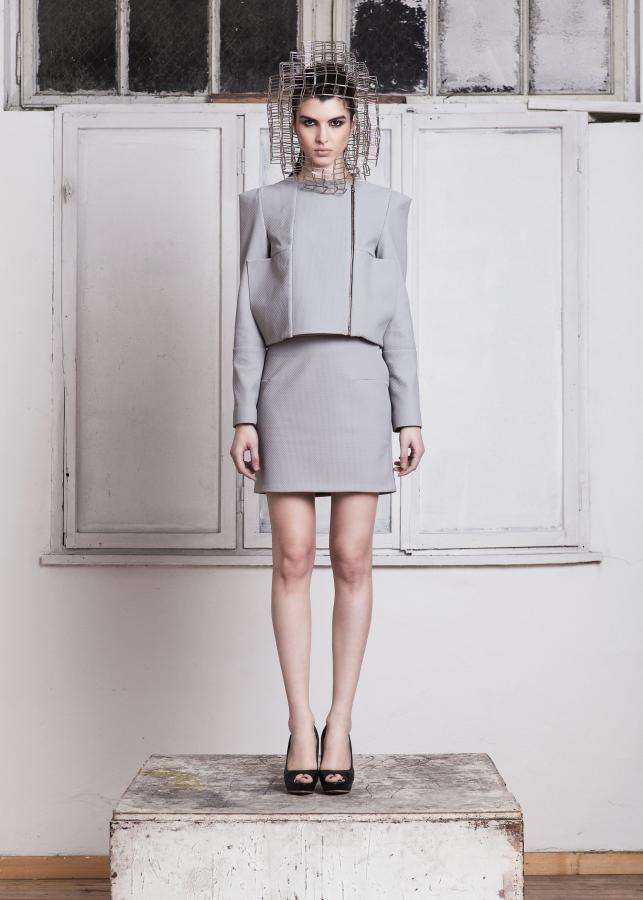 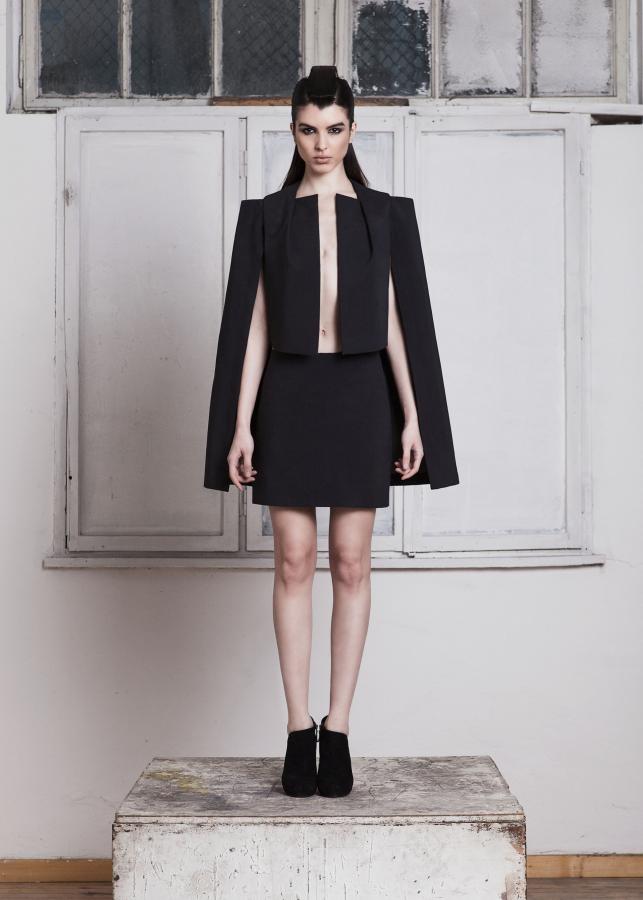 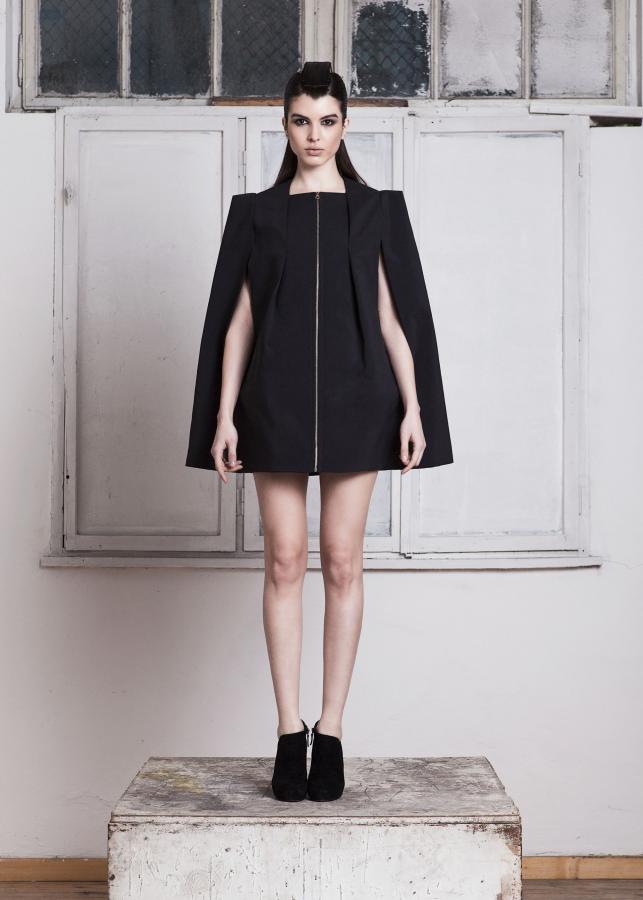