London-based designer Christine Mhando graduated from Kent University with an honours degree, in 2002. After her studies, Mhando gained invaluable experience working for high-end designers as well as womenswear brands and suppliers for the high-street Mecca. With the knowledge she acquired, Tanzanian-born Mhando launched the label that bears her childhood nickname, Chichia in 2007.

The Chichia ready to wear range is an amalgamation of both continents and cultures from which the designer was born and raised. The label’s signature transpires from the artful application of the “Khanga”, a traditional east African cotton printed fabric used by local women as wraps.

The first Chichia collection was sold in London’s famous home of independent designers Laden Showroom quickly earning the label commercial success. Each collection consists of an eclectic range of dresses and separates in modern wearable silhouettes and styles in a variety of succulent colours. Chichia’s intelligent use of eye-catching colourful prints in natural fabrics intermixed with beautiful embellishments and intricate detailing makes every piece uniquely innovative and a timeless addition to anyone’s wardrobe.

Currently stocked in independent boutiques across the world and online, Chichia has gained a cult following on the online blog circuit as well as extensive press attention in distinguished publications such as Grazia, Marie Claire, Cosmopolitan and Vogue Italia. All have warranted Chichia a place at London Fashion Week showcasing in fashion events such as Untold and Fashion Diversity, as well as other prestigious events across the world including ARISE Magazine fashion week 2011 in Lagos, Urban Outfitters BAZAAAAR Pop Up in New York and Labo Ethnik Fashion Weekend 2013 in Paris, to name but a few.

Recently featured on Vogue Italia Talents in 2013, it is understandable why her inspired use of colour and print has warranted the Chichia label with a growing celebrity following. With fans including Beyonce, Chichia is fastly becoming recognised as an international African brand that modernises and transforms traditional East African textiles into stylish, contemporary and considered fashionable attire. 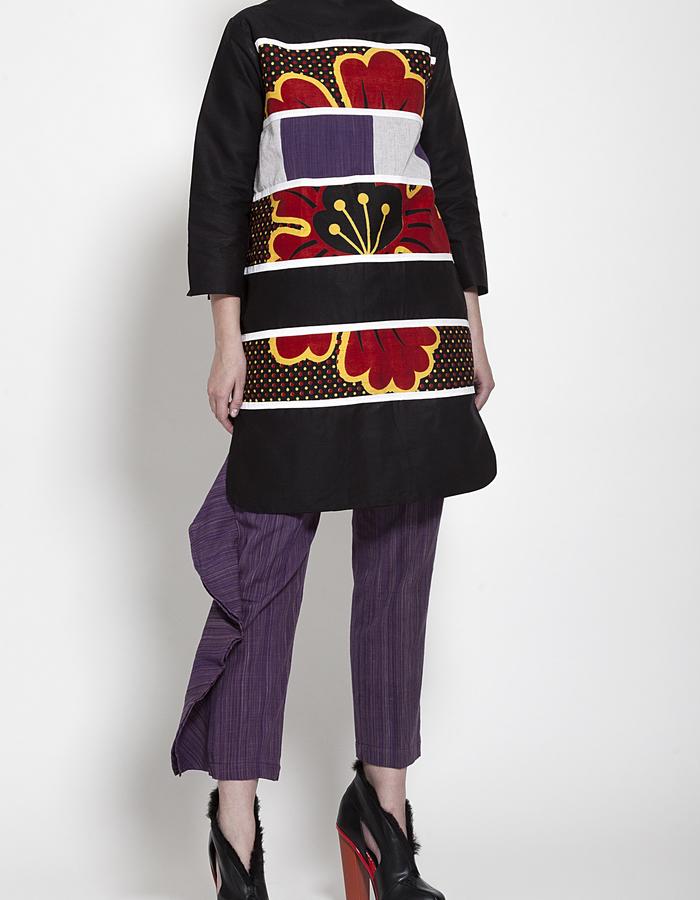 The colourful, vibrant hibiscus serves as the core inspiration for Autumn Winter 2015, setting the tone for a rich and vivid colour palette where colourful hues unapologetically inject an expressive outline to the contemporary, relaxed silhoutettes. The collection also experiments with hand crafted textures and embellishments that add an enhanced feel to the pieces . Maasai inspired hand beading and fringe detailing is seen throughout the range with contrasting mis-matched prints merged together to form decorative textiles that tell a new story with each garment.