The label was born to be an embodiment of a "storyteller". The label created in 2010 is a nostalgic ode to her experience as a youth in Nigeria through art.
Her trademark is combining time-honoured methods of knitting with African textiles such as the traditional Yoruba hand woven Aso-oke with cotton, silk and linen to create unconventional and luxurious fabrics.

Akib looks to explore the golden wonders of the African continent through it's tradition, culture and spirituality. "Travelling around the continent is like an open book, one is constantly learning".

Buki Akib a native designer from Lagos, Nigeria. Buki studied design at the prestigious Central Saint Martins in London during she became assistant stylist on editorial shoots for magazines like I-D, ABOVE and ZOO.

Akib's graduate collection entitled "FELA" was selected to show at the L'Oreal press show in London, leading to Akib setting up her menswear label.
After a successful three years; Buki Akib moved her eponymous menswear label to an "ART" label. Combining both mediums of visual art and design to explore innovative usage of the hand woven aso-oke and knitted fabrics. Along with it's versatility; Akib is organically able to transcend this beautiful craftmanship into art pieces.

"Multidisciplinary" was how a journalist described the designer who collaborated with conceptual store DARKROOM in London designing exclusive handbags from the Wives collection. The launch featured a window installation and the bags sold out within a single day. In June 2012 Buki Akib was invited to take part in an exhibition entitled TRADING STYLES& GOBAL STREETS at the WELTKULTUREN MUSEUM in Frankfurt where she spent her residency designing a collection from their ethnographic anthology.

January 2013 Akib was selected to show her SONS OF ODUDWA collection at the CAPSULE trade show New York , where she was featured in ESSENTIAL HOMME magazine quoting "KEEP AN EYE ON BUKI AKIB".

In May 2013 Akib was part of URBAN OUTFITTERS Bazzarr Pop store launch in LA where her accessories where sold.
January 2014 Buki Akib took part with DRAFTSPACE Gallery in the THE SKIN exhibition in New York were her bag pieces where exhibited.
Akib plans to open a studio factory in Ghana with the support of the government to reignite African textile and artistry. 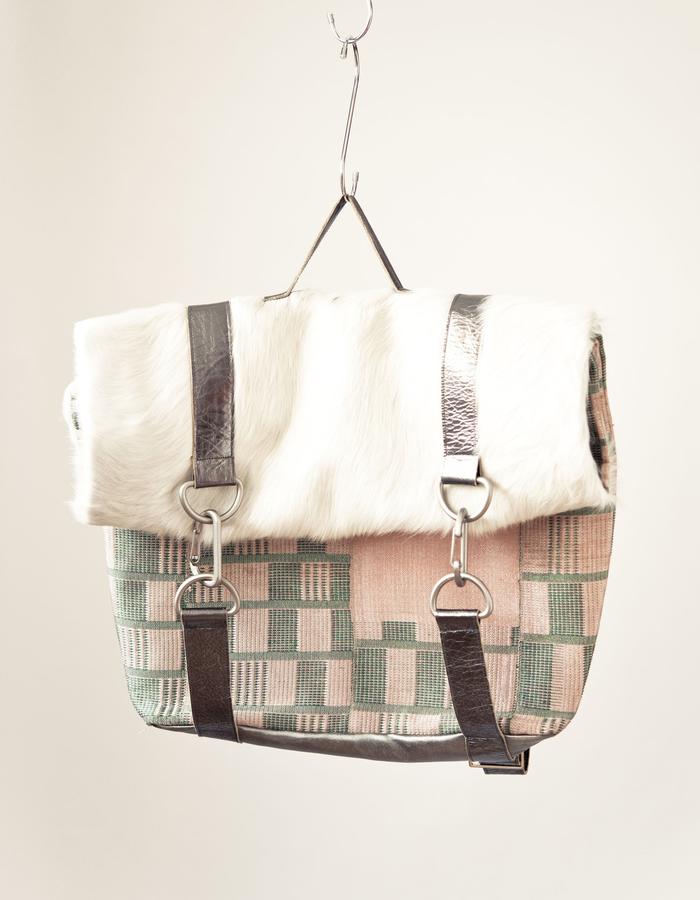