Corrine Anestopoulos is the founder and designer of BIKO - a modern jewellery brand designed and manufactured with love in Toronto, Canada. Inspired by nature, contemporary art, architecture and travel, BIKO is known for its high level of craftsmanship, luxe materials and playful aesthetic. Behind the brand for 15 years, Corrine has collaborated with retailers such as Nordstrom and Hudson's Bay Company, celebrities such as M.I.A., FKA Twigs and Bianca Andreescu, and international companies such as Mattel for Barbie's 60th Anniversary. BIKO has graced the pages of Rolling Stone, Elle Canada, In Style, Billboard, Glamour, Nylon and WWD, and remains focused on giving back through partnerships with charitable organizations, such as RETHINK Breast Cancer. BIKO has been nominated for the Canadian Arts & Fashion Awards "Accessory Designer of the Year Award" for the last two consecutive years - 2018 and 2019. 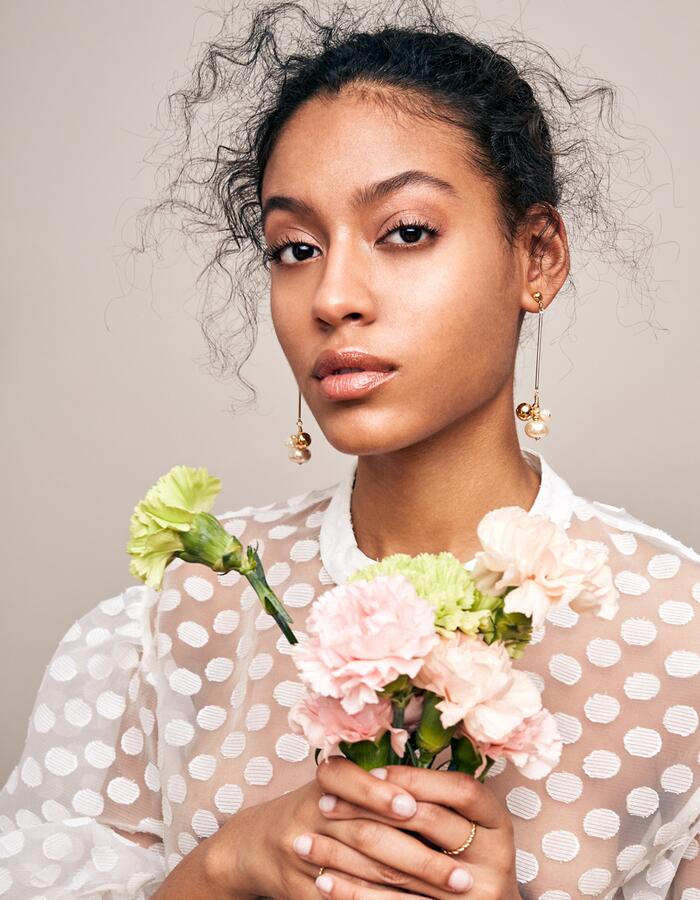 For SS20, BIKO drew inspiration from that magical time of year when blooms appear on trees, days grow longer, and beachside getaways become the perfect weekend escape. The jewels are playful, celebrating floral and feminine shapes that layer beautifully together to create the perfect BIKO statement.