Founded by Sara Lundberg in 2012, this Swedish label A.BERG seeks to investigate and question different philosofical and lifestyle phenomenon.
After examining in may 2012, the collection FRAMING FOREST was asked to participate in Designers Nest during Copenhagen fashion week, and was published in Vogue Italia September Student Talent Issue 2012. After presenting in Stockholm Fashion Week, Lady Gaga asked to borrow one of the outfits for her Swedish tour. FRAMING FOREST was also shown at London Fashion Week in September. The launching of A.Berg took place in nov with a LIFEpresentation, part 1 of 2 in the LIFETIME project. The LIFEpresentation consisted of a life-performance, art- and video work in cooperation with Olof Bandh and Hannes Iversen, and was presented at the WYE in Berlin.
Going back to Sweden in 2013, Sara became a member with MUUSE and started a collaboration for SS14. She is now planning for an exhibition of TIME in Gothenburg and a theater project for the end of summer.
In Autumn she is starting her MA in Fashion at SSOT. 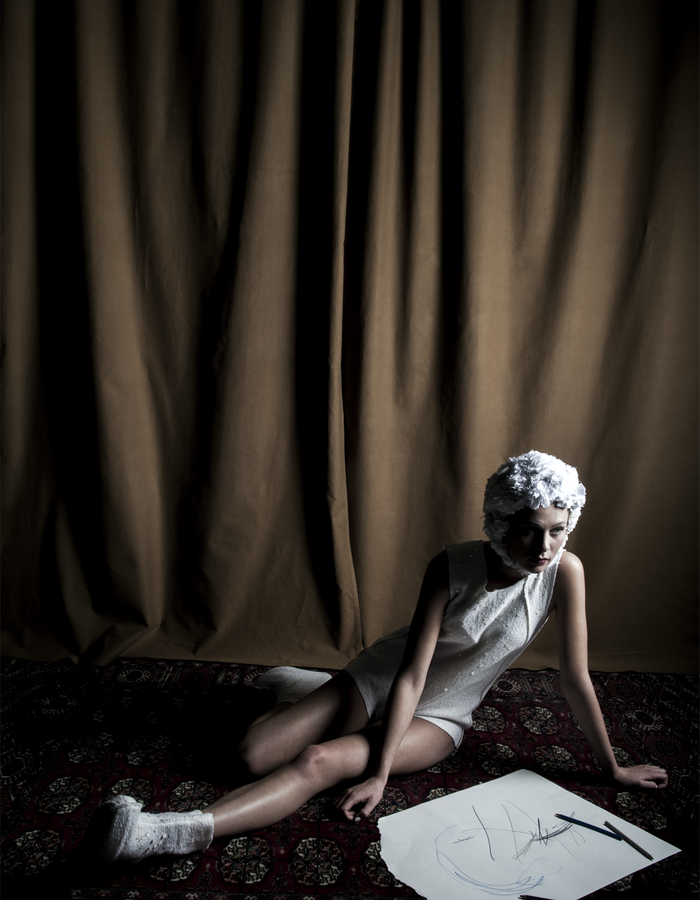 LIFE is experienced in a sequence of TIME, in a sequence of movement and change, in a sequence of development, in different directions. LIFE shapes the subjective experience of these things and develop a PERSONALITY, a self. LIFE grows on to man, challenging.The layers of time creates a siluette of self, a subtile change by comprehension. The innocent Birth is replaced by the fearful Death in the end, the development has no order but change. And life only comes in one direction: towards the end.