Benjamin Bertram believes that no matter who you are, or where you come from, the clothes we choose to wear are own personal statement and a representation of who we are at a particular moment in time; evolving and changing as in life, we do the same.

Benjamin Bertram is a London based directional design label, launching in 2012 after the designer graduated from Sheffield Hallam University with a First Class BA Hons Degree in Fashion Design. His Graduate collection won the Fashion design category of the arts event ‘Brightest Spark’ awarded by Rita Britton; known for her discovery of Burberry CEO Christoper Baily. Benjamin Bertram subsequently showcased his winning work as part of the ‘Brightest Spark’ Installation exhibition.

After undergoing work placements with fashion editorial magazines and London designer J.W Anderson Benjamin proceeded to establish a label in his own right. In 2013 he was a winner of the ‘Who’s Next Paris’ competition in conjunction with Not Just A Label, where he presented a re-edited version of his collection Suburban Boys, subsequently joining the Not Just A Label online store with immediate success.

Currently working on his third collection, Benjamin Bertram has stuck to the belief that designers work should only be released when ready, and not designing for the sake of design. His work in conceptually based, with full exploration of research that is represented through various medias as well clothing.

This form of design has seen collaborations with the likes of wardrobe creatives Kurt and Bart, on commissioned pieces for the Hunger Games, Mockingjay films as well as requests from Kanye West and Jayden Smith. 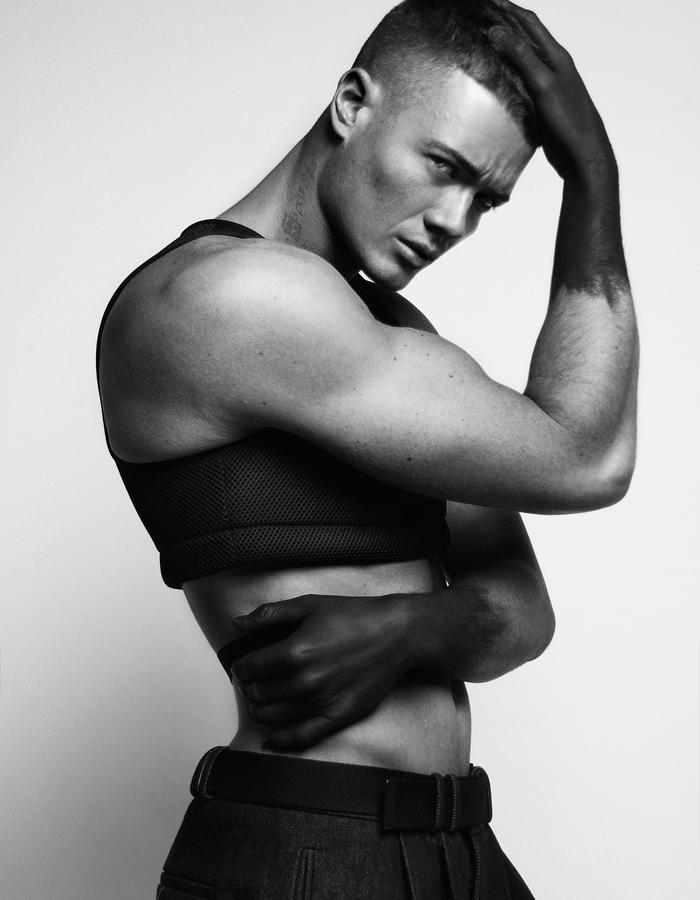 Change Is The Only Constant

Change Is The Only Constant is the concept and title behind London Menswear Designer Benjamin Bertram’s latest collection. This new set of works focuses on the idea of evolution and change through a concept-based one-off collection.

During a current transitional period for the designer, Benjamin set out to refine and but also re-define his design perspective, through a collection of firsts experimenting with previously unexplored areas of his own menswear aesthetic.

Visually, Change Is The Only Constant is inspired by The Film adaptation of the thriller novel The Night of the Hunter; 1955.

The film staring Robert Mitchum is an adaptation of a true story involving Harry Powers. The film depicts a corrupt reverend-turned-serial killer who uses his charms to woo an unsuspecting widow and her two children in an attempt to steal a fortune hidden by the woman's dead husband. Inspired by the angular look of German expressionist films of the 1920s, the film's lyric and expressionistic style set it apart from other Hollywood films of the 1940s and 1950s forming a culturally, historically and aesthetically significant production.

In keeping with the film noir and expressionist aesthetic the collection is built on a foundation of clean, stylized pieces in block formation, redefining structurally garments inspired by the films characters.

Later in the year a project featuring print arts works created by Berlin based multi-media artist Hedi Xandt are expected, with a further exploration of the current collections theme and inspiration.