Gianmarco Barnes is actually working in the
ALTA SARTORIA DOLCE&GABBANA team as
Assistant designer, where he follows all the EMBROIDERY pieces of the collection :
research, design, digital placements on pattern and development.
Before he worked for the Ready-to-wear collection of the same Italian Milan-based brand.
Gianmarco also worked as Assistant designer for BALLANTYNE and MAISON FLANEUR.

In December 2014, he graduated in
BA FASHION DESIGN at IUAV UNIVERSITY OF VENICE.
In July 2014 he was selected with his own collection "DRESSage" for FASHION AT IUAV 2014, BA + MA Graduation Shows; in September he was published as Vogue Talent 2014 by Vogue Italia.
Gianmarco also showed this collection during Milan Fashion Week at the Expo Gate's exhibition "Gateway to Fashion Future".

During his third year of university he had the opportunity to spend 5 months of internship (August-December 2013) at IRIS VAN HERPEN STUDIO (Amsterdam, the Netherlands), where he improved his techical skills like creative pattern-making, tailoring, digital graphics both for couture and ready-to-wear womenswear collections.
In 2013, he showed "Syndon" for LINEN YARN project, in collaboration with the Marzotto Group, Central Saint Martins and Polimoda, at PITTI IMMAGINE UOMO, 84TH EDITION (Florence, Italy).
Before Fashion Design, Gianmarco studied in ART SCHOOL AMEDEO MODIGLIANI (Padua) specialized IN ARCHITECTURE. 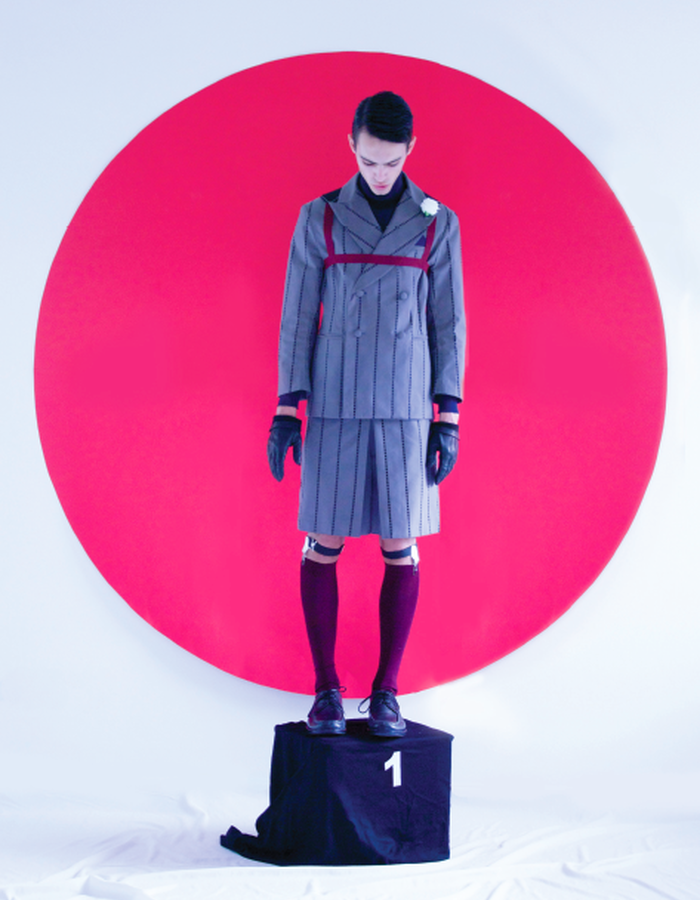 30s. Specialized in horse-riding clothes, Huntsman is proud of counting the Duke of Windsor among its customers. DRESSage is based on a precise heritage. The twill patterns are replicated as vectorial graphics, laser engraved: tailoring tradition and digital intervention collaborate in defining a historical legacy, always looking to the future.