The brainchild of designers George Azzi and Assaad Osta, is a Couture House that began to take shape when the duo joined Esmod Beirut in 2004. They graduated top of their class, which earned them an internship at ELIE SAAB design studio, at the end of which they were hired as assistant designers working directly with the designer himself. With their common interest in mid century inspirations and vintage art, they decided to launch their Couture house together in 2010.
Their encounter with fashion was nurtured from their early childhood. George was inspired by his tailor grandmother and spent much of his time creating outfits from leftover scraps of fabrics, while Assaad watched his mother sewing her own clothes with meticulous attention to detail. George’s love for history, surrealism and the science of fabric and Assaad’s aesthetic eye and unconventional approach came together in perfect harmony making their signature style, one to notice.
Their expert manipulation of fabrics gave rise to structured, swirly volumes and contoured silhouettes. Their vintage style has a contemporary twist, which, combined with the delicate embellishments and embroideries, resulted in impactful creations for the modern sophisticated and glamorous woman that also appreciates tradition. Their creations of unique, elegant and eclectic couture tailored for the modern woman, have caught the eye of a number of international celebrities such as Beyoncé, Cardi B and Kendall Jenner.
The designer duo knew it was the right time to launch RTW into the daily scene , giving their signature DNA presence worldwide, launched Spring 2019. The Ready-to-Wear collection is now available in stores worldwide. 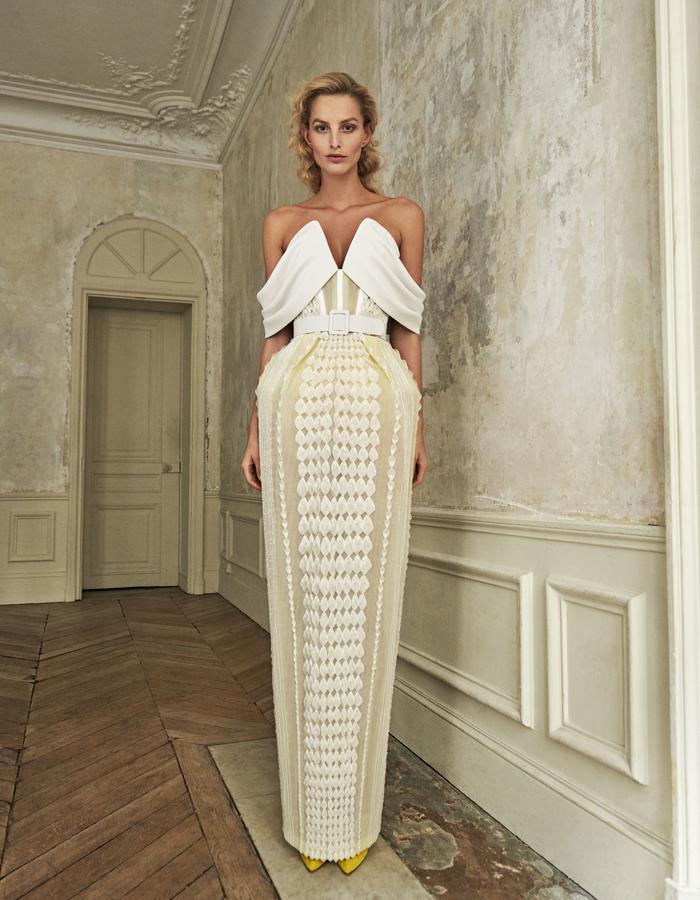 It is the Spring of 2020. A beating pulse of passion lines the streets.
To mark the brands 10th Anniversary, AZZI &amp; OSTA presents a deeply personal collection. Far
from a nod to a rebellious uprising in a different land, a different time, Thè au Trianon is a
celebration of the art of legendary Parisian Pâtissiers told through the repertoire of Haute
Couture with lashings of prettiness and sensuality.