Designer Gautam Gupta has added his own touch of class to the innovative creations that make Indian fashion designs shine globally. He is the force behind “Vinayak couture” that has been carefully nurtured for decades and has now found its identity amongst all those who patronize good craftsmanship and astute aesthetics. His designs are a sign of developed taste with an eye for detail and high on style quotient. Gautam joined his mother in 2003 and injected new energy into its classic oeuvre. While his mother Asha was involved with the warp and weft, Gautam helped contemporise the brand and build it into a luxury offering appealing to discerning customers across the globe. The fact that he was young, bursting with fresh ideas with creativity running in his genes, gave impetus to the heritage fashion house. He was not just an heir apparent but a second generation with dreams and a dogged drive that is only characteristic of a new gen pacesetter.

In 2010 he enrolled himself in the esteemed NIFT (National Institute of Fashion Technology) to upgrade his theoretical knowledge in western wear before launching “Autre” in 2011. Autre is a French word which means “Different”. His design philosophy was to design something which is not only unique but also fun to wear due to which he started working on creating his own prints. His love for quirkiness, bold prints and colours seems to get deeper with each collection. He says “I never want to be stagnant as a designer so I will keep on using innovative textures and weaving to write my design story but for now Prints are the only thing which inspires me.” 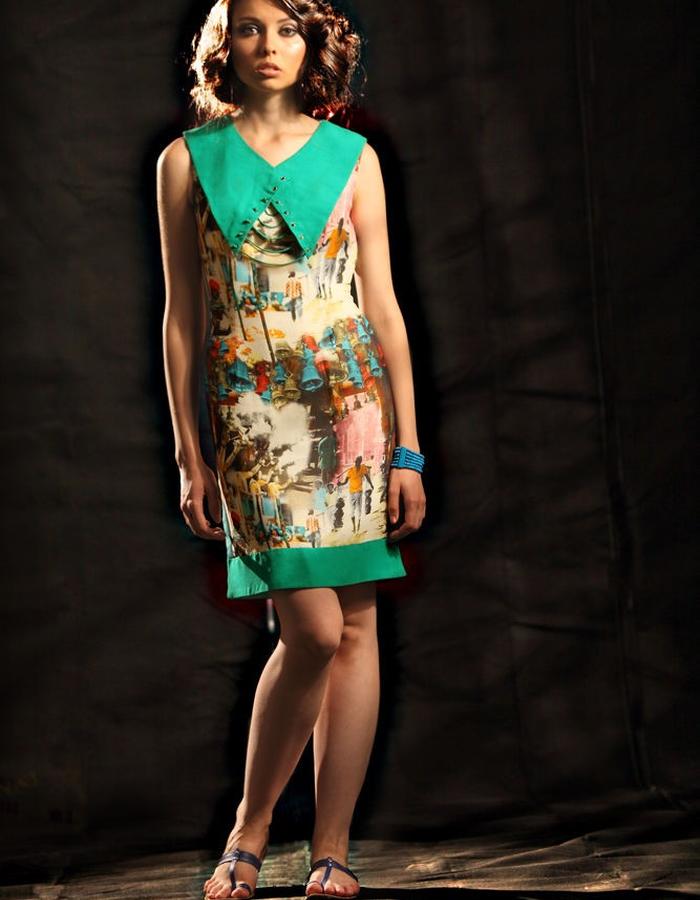 Designer Gautam Gupta's Autumn Winter collection carries smouldering nostalgia with a spell of glamour. Each piece looks like it has a story of its own and is a throw-back of a bygone era we would still like to reminisce and recreate. The collection is a blend of age old charm interwoven with modern techniques and tradition prints used on western silhouettes for a unique expression. The collection dons the emblem of the culture, streets and people of the historic city of Banaras. The epic scenery of every day life by the ghats of Banaras are imprinted on the eclectic collection. The designer drew inspiration from his many visits to the city for his ethnic wear, when he decided to incorporate his learning and give it a more universal appeal. The western silhouettes with a bright yet subtle colour palette feature the recurring theme of the banks of the ganges, sacred temples and a holy resonance, alongside highlighting the regal past. The silhouette and cuts are purposely kept simple to express the beauty of Banaras through the fabled prints. Straight tunics are made along with the cropped jackets, accessorized with collars, and cowl pants with short shirts in the hues of green, blues, yellow and pinks.

The fabrics such as georgette, cotton silk and crepe all add to the luxe feel of the season. As Autumn also announces the onset of the party season, the collection helps you effortlessly slip into the glamorous yet elegant avatar and wear your style at all times.The clothes complete the Parisian look, for the simple fact that they are no-fuss, flattering, graceful and individualistic; all the same. A look that urges you to dress delicate, act smart and fall in love, all over again! Every woman's fashionable armour.