Atagata is a label found by Agata Mickiewicz, polish fashion designer. After graduating from fashion department at Amsterdam's Rietveld Academy, she was working for such a fashion houses like Viktor&Rolf in Amsterdam, Rick Owens - Paris, Gosia Baczynska - Warsaw and also for polish commercial label Riskmadeinwarsaw. She was producing costumes for theaters, art performances and music videos. By gaining a lot of experience she decided to start her own label based in Warsaw.
Atagata designs woman’s and men's ready-to-wear clothing with astral fascination and modern urban egde, it has also multicultural and ethnographic references. The label by playing with contradictions and juxtaposing the contrary elements like pop and spiritual, prehistory and si-fi, military and anarchy, tries to embrace the now with sophisticated meaning. 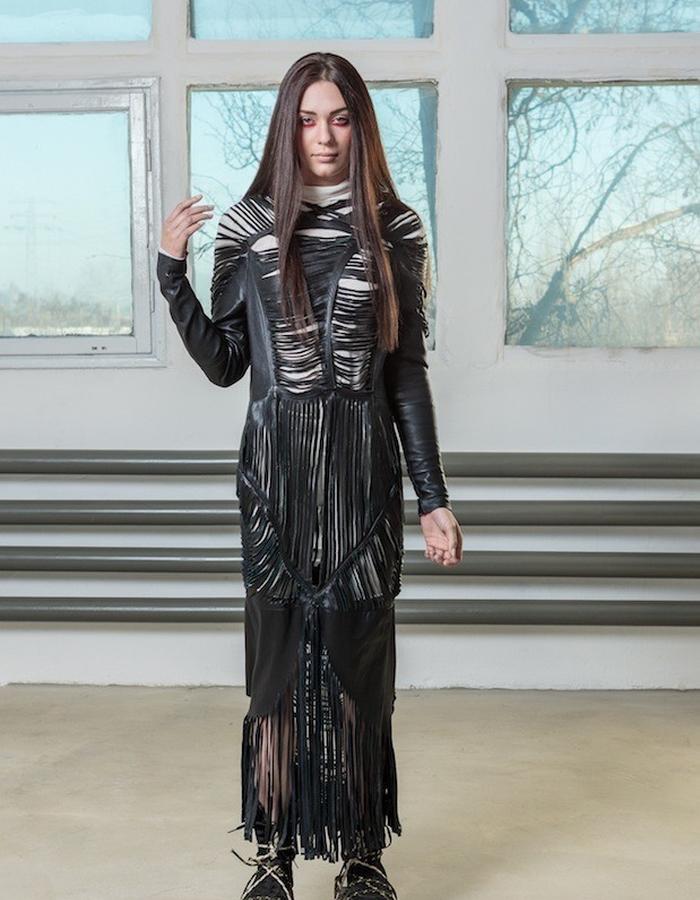 "Rhiannon" is the witch, priestess of the present and astral being, a protecting sister of endangered urban tribe. She connect our souls with the space and can always appears when you spell her name.