In speaking to Los Angeles-based Ashley Childs, you immediately get a sense of the artisan behind the dynamic sensual jewelry she creates. She is passionate about capturing the feeling of motion, balance and proportion in the forms that comprise her collection. “When people think of sculpture in art or jewelry—they immediately think of stagnant or inanimate objects but there is such a vitality when you determine how to allow the energy and movement to come through in the designs.”

As serious and meticulous as Childs is about her metalsmithing— prior to launching a jewelry collection, she poured bronze and forged iron to create Damascus knives out of steel- she also has a humorous side to her which is revealed from time to time. “Does this sound like a dude’s bio,” she quips when reading the last few sentences.

But it is Ashley’s badass approach and belief in the lasting value of metal as wearable art—bold, sensual “dynamic fine jewelry” as her tagline reads, which propels her to create pieces that are not only beautiful in their execution but tactile and sculpted to move with the feminine form and take on the lines and curves of a woman’s fingers, wrist and neck.

When asked if she was into jewelry as a young girl, she explains, “I was always working with my hands. My dream of creating a piece of jewelry was realized through selling my first pair of beaded earrings on the playground when I was in 4th grade. They were of the time period and really not very attractive but I guess one of my class mates thought they were worthy of being worn.”
In high school, she continued to experiment with different mediums as a hobby and sold more of the found object type of pieces to friends and family, “who, sort of had to buy them to help build my confidence,” she smiles.

With a blood-line consisting of engineers, she also had to know how everything worked. “My obsession around movement first began with clocks and how they were made, which then began to translate into how all things are made,” Ashley explains.

In college, she was involved with silver-gelatin printing, portrait photography, interior architecture, wood-shop, ceramics, light-metal casting, mold-making, sculpting with plaster of Paris, and when she spent a year abroad in Prague, she was part of creating a giant fabric installation. She first learned the art of iron forging when she traveled to Buenos Aires and worked with a crew on a project. “I’ve always been intrigued by different mediums, learning what I can from others and investigating the process, which is so important in any art form,” Ashley adds.

Her first foray into jewelry was when she lived in Chicago, she landed a job with designer, Ellie Thompson, doing her photography, overseeing Ellie’s production and learning history as Ellie appraised jewelry for Leslie Hindman Auction House. This all became part of her collective knowledge and urged her to launch a collection from the pieces she was creating on the side at home.

When she moved back to the West Cost, she worked on each piece slowly, by hand and at the same time built up her aesthetic for the boldness of pared down essential pieces that would wave and dip and curve with an energy that would come to define her collection named Synergy. It was during the summer of 2017 that she launches her collection to press and retailers with confidence and a true understanding of all of the different aspects that brought her to this point. “I will always go that extra mile in the painstaking process of creating and developing designs. They are fine works of sculptural art on their own, when shown in the entirety of my collection it makes sense to the retailer and ultimately the woman who is going to buy and hopefully collect my jewelry. Gold and metalsmithing has lasted throughout the very primitive ancient civilizations to the innovative techniques and tools we have at our fingertips today. My dream is that my pieces and my process will be part of this history of working with our hands to create pieces that women will be proud to wear on their own hands, wrists and necks for years to come.” 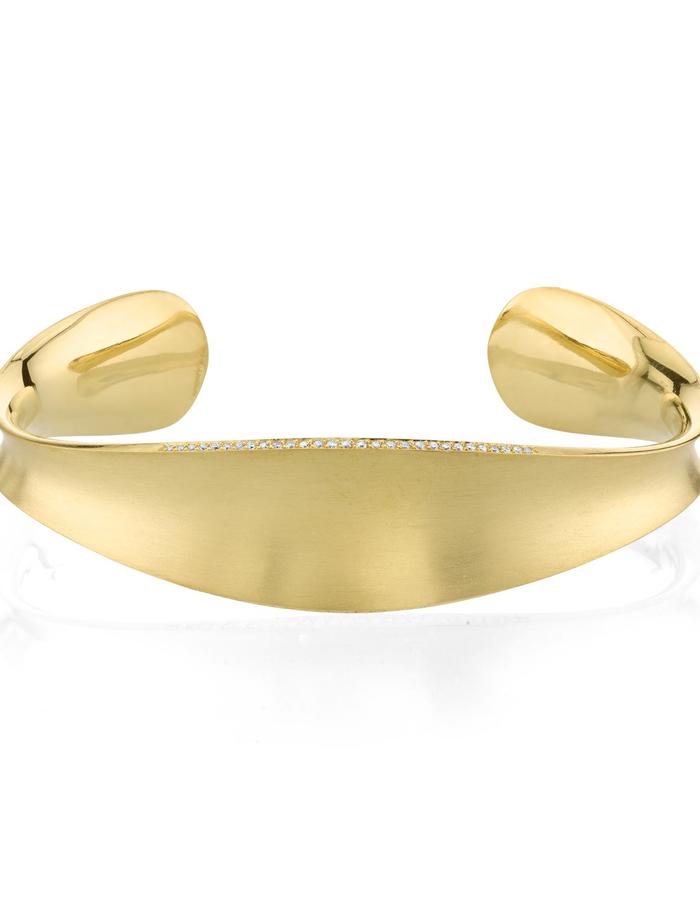 Los Angeles, CA. August 2017—After hand making jewelry for the past 13 years and perfecting her craft as a metalsmith, while she worked in other mediums and for other jewelry designers, Ashley Childs launches her first collection, named Synergy. A true artisan, Ashley’s collection not only possesses sculptural qualities, they are miniature sculptures to wear. “Many people believe that this is an art form that is stagnant but there is so much motion and energy that is captured in my pieces. I have been obsessed watching how women gesture with their hands, how their necks gracefully go up and down as they speak and listen and how each part of the body moves with fluidity and often-powerful determination. These are all aspects that I have worked into my designs which will then be worn on many of the same parts of the body I have studied.”

The name Synergy came about when Ashley found she was also influenced by other types of motion and the balance of opposing forces in all of nature's surroundings. “It is so interesting how a very structured shape can be combined with a more fluid form and create a brand new silhouette that you have never imagined before,” explains Ashley. She also was inspired by the stars as they shoot across the evening sky and how many of those stars are named after strong, powerful goddesses of ancient times, each with a legend all of their own. “The different stories associated with the celestial world, names and patterns are all so different yet when you think about them all together, they all have a clear message – that of love, strength, life and vitality — all of which I am hoping to evoke with my pieces.” She continues, “This is the reason many are named after the galaxies, goddesses and stars.”

The collection is in 18K gold and/or platinum and a number of the pieces are accented by a sprinkling of asymmetrically set shimmering diamonds. There is a sensual, bold quality to each piece.

Although Ashley eschews the word trendy, her jewelry is trend with the singular, statement making pieces that are so popular today— curvaceous hoop earrings, adulating cuff bracelets and wavy rings which go from wide to narrower and can be worn alone or stacked.

What distinguishes Ashley Childs’ collection and aesthetic is that it comes from the point of view of a sculptor; only Ashley works her enduring magic into pieces that are comfortable, versatile and luxurious to wear.