It was in the first quarter of 2017 that slow fashion and the idea of producing a small capsule collection came alive for ARSHYS designer, Arshia Khan. By taking
the time to ensure quality production and giving value to each individual look, Khan created a collection, -PEACE-, of just 5 looks, each with its own positive
voice, complete with messages of peace and love. MinDubai quickly followed, with Emirati motifs and Arabic text, which then became the brand's signature.
With visuals used to communicate individual identities and a unique aesthetic curated by the designer, the collection was composed of nearly ten looks. The
emotional connection between the designer and the brand translates in each delicately-crafted piece. It didn't take long for ARSHYS to receive both local and
global recognition in respected publications such as Marie Claire and Condé Nast Traveller Middle East. Named a 'Black Sheep' on Not Just a Label and often
times called a 'designer to watch from the Middle East', ARSHYS collections will undoubtedly continue to create a commotion. 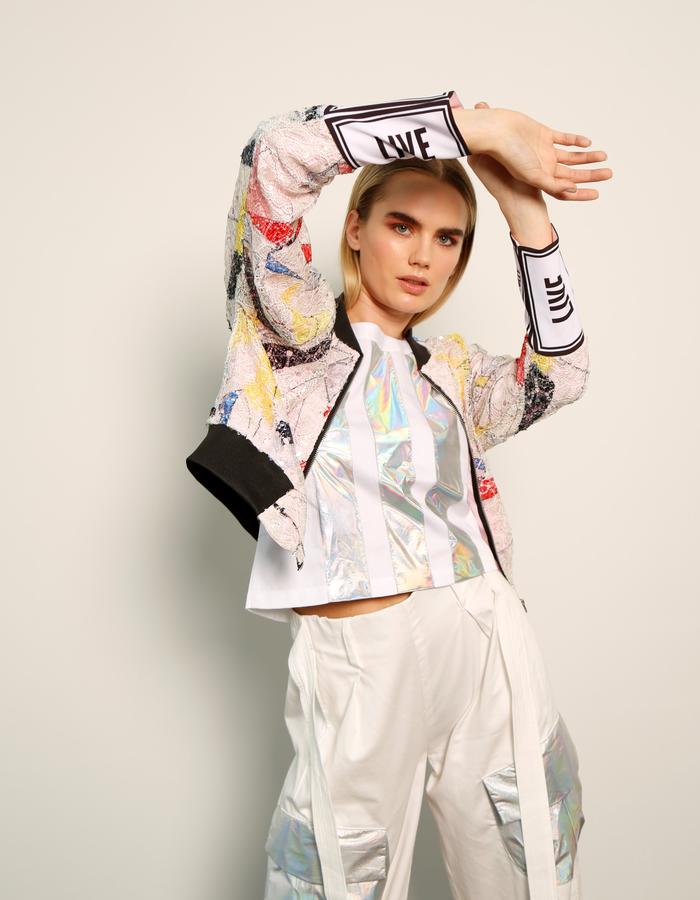