Award-winning fashion artist, based in London, working at the intersections of sculpture and fashion design.
Specialised in synthetic polymers, metal and leather.

After receiving an international MA scholarship from University of Arts, London in 2010 for the prestigious
Fashion Artefact course at London College of Fashion, Ana won the LCF Best Design Award 2012
and the Accessories Collection of the Year at ITS (International Talent Support) 2012 in Italy
for her collection of bespoke head pieces ANIMAL: The Other Side of Evolution.
Exhibited in London, Paris, Rome, Trieste, Berlin and Istanbul.

An architecture graduate, her first sculpture exhibition Wired (2009) featured disassembled mannequins impregnated
with metal strings. Her armor inspired fashion collection UNHUMAN (2009), handmade in leather, metal and rubber,
envisioned a world of dark and elegant beauty. She has exhibited her Virgin dress - made of metal, thermoplastics
and hair - at Dis-patch festival 2010 and Belgrade Design Week 2011.
Ana has also stepped in the areas of film, with her own co-produced fashion film Encounters, screened at Rotterdam
International Film Festival (2011) and Berlin Fashion Week (2010). 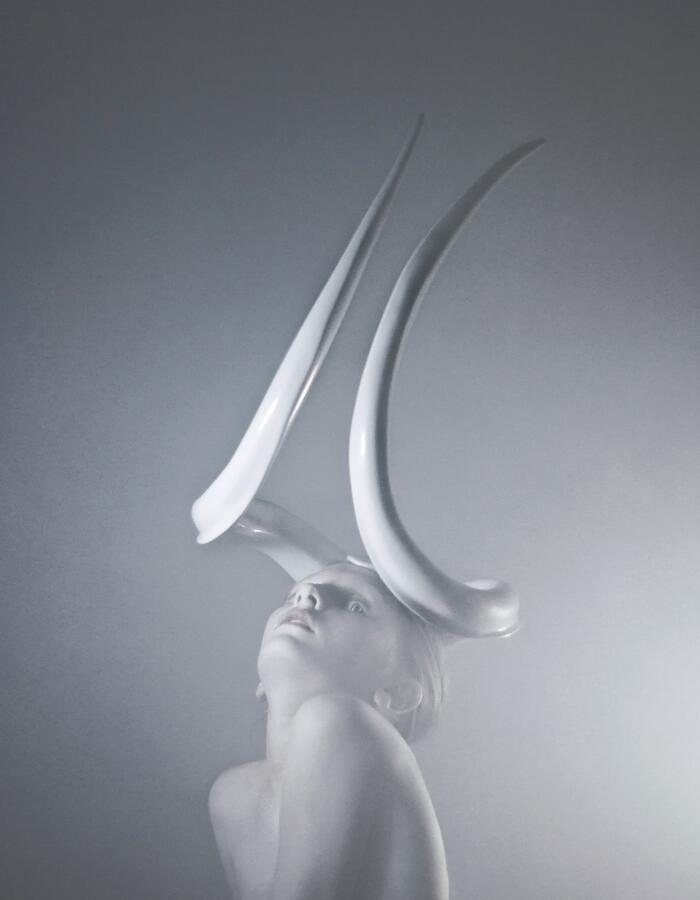