Turkish designer Ali KOC was born in 1990. He graduated with a master's degree in Istanbul Moda Academy -Fashion Design After his graduation, he worked in design departments for Pierre Cardin, US.Polo Assn. and Cacharel until 2013. Then he started working for Koton (a ready-made clothing brand) as an Assistant Designer. In 2014, he worked for Broteks (a knit-wear company) as a designer for international brands(Zara, Topshop, etc.) Currently he is working in exporting company ORKUM Textile as a head of designer and giving design assistance for brands as Hugo Boss, Bonmarche, Cecil etc.
He was invited by Remix 2016 to participate in Remix 2016 X VOGUE TALENTS international fashion and fur competition. The designer awarded ‘2.silver prize by Sara Maino, the senior fashion editor of Vogue Italia, among 300 designers from all over the World. His project ‘DMT: The Spirit Molecule' was published in Vogue Italia’s TALENTS section. .

DMT; The Spirit Molecule, also known as N, N-dimethyltryptamine (DMT) is secreted by the pineal gland, which is a buried treasure stored in the center of the brain. It is accepted that the release of these molecules is the most powerful hallucinogenic neurotransmitters (reaction to stimulants) known to human.

The collection was created by combinations prepared on a dimensional transition moved and lost by illusion designs symbolizing feminine forms, volume parts, and the visual richness of DMT. I tried to create the overall form and details of the collection on the basis of the visual structure of the theme and the textural richness of fur material. While the collection represents the image of minimal, futuristic and a strong woman, it also has a pure a detail adorned with naive and exquisite details 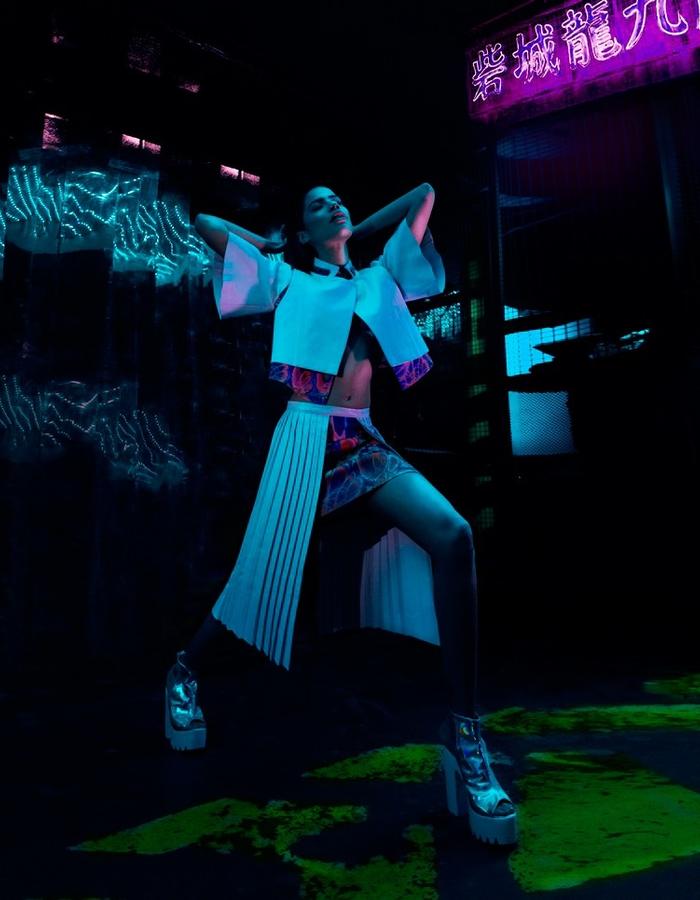