Alexandra Nam is a New York City based, raised in Korea, womenswear designer who studied clothing and textile in Korea before attending Parsons the New School for Design for a Fashion Design BFA.  Her thesis collection was one of a few selected to run the catwalk at Parsons Benefit Fashion Show 2012. The collection was also selected to be displayed on main show window at ‘Saks fifth Avenue New York’ for graduation show of Parsons. After graduating, She moved to Paris, France where she furthered her fashion education in a Master class from the Arts of Fashion Foundation where she cultivated her interest in mixing details from classics with architectural shapes as well as honing her craftsmanship in techniques such as Le Sage embroidery. Her capsule collection was exhibited at the Hall des Marechaux at Les Arts Decoratifs, Palais du Louvre as well as at the Arts of Fashion Symposium in San Francisco. Her new Spring/Summer 2016 collection was selected to be presented at Fashion Scout London Exhibition in September 2015.

As she spent most of her youth in her father’s science lab, she has always found the process equally if not more fascinating than the result.  She believes that the process of creating should have a dynamic rhythm that sustains one's excitement throughout the period that one lives with the concept.  Through mixing conscious and subconscious decisions, one can offer a garment with a depth which carries through not just as a style but also an object that communicates a philosophy. 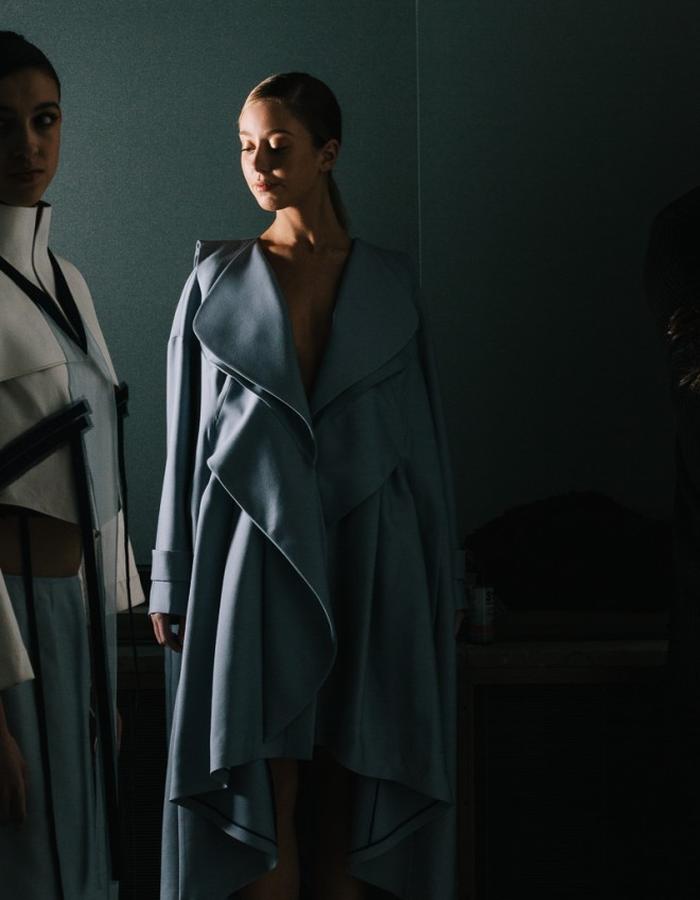 Behind the scenes : Contour + Epistrophe