Sahar Etezadzadeh was born in Shiraz, Iran in 1983 and grew up there. She completed her high school studies in art while practicing painting, drawing, and patina. Her early interest in fashion design began assisting her grandmother tailoring followed by illustrating sketches for her personal clothing until her determined decision for pursuing fashion design at Accademia di Belle Arti in Bologna, Italy in 2009. Since then she has been active in designing women’s clothing and accessories and has participated in several workshops and exhibitions in Italy and Iran. Her designs have been shown on dedabo.blogspot.com. She took part at L.U.N.A Lab Store exhibition and cooperated with La Boheme clothing store in Bolonga. Her style is innovative expressing individuality, uniqueness, and femininity. That is a combination of pop art and traditional elements mostly from eastern cultures especially her hometown. Albaetez was found in 2015 aiming to design clothes for women who are confident. 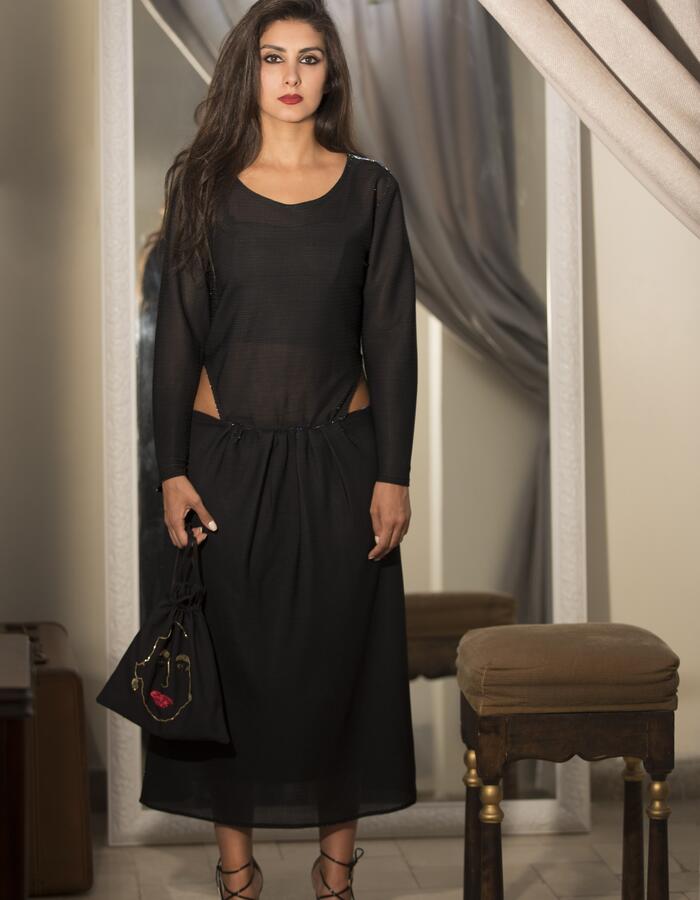 My grandmother was the most impressive person in my life, the strong motivation to start this project. She was truly an artist besides being an expert in sewing, embroidery and stitching. She has always believed in exploring new materials and the magical power of learning new skills. She was the one who inspired me the most and I’m happy to present my work in details that I learned such as sequins, beads and pearls the only regret is that she is not here with us to touch the beauty I creat today.