Beck has interned for both Diane Von Furstenberg and Phillip Lim, and is currently working on her follow-up collection. 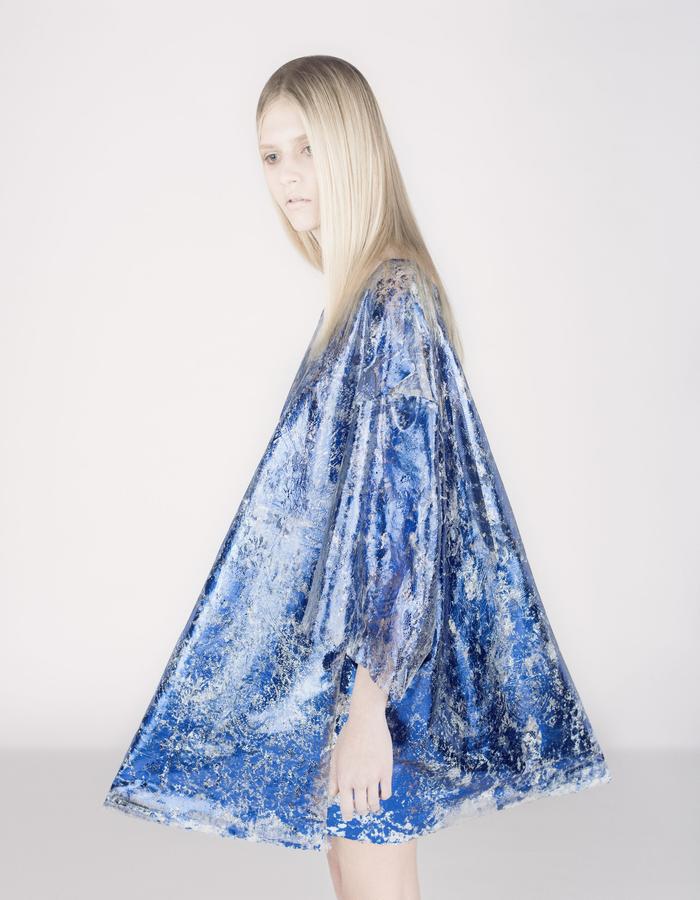 Beck’s collection tells a tale of journey through personally developed prints with emphasis on exploring the use of new mediums. Featuring her new relationship with denim and metallic foiling, the capsule collection is a balance between relaxed femininity and severe serenity.