Aideen Gaynor was born in Brooklyn, New York and raised in Dublin, Ireland.
She graduated with a BA from the National College of  Art and Design, Ireland in 2016. She continued her studies on the MFA Fashion Design and Society program at Parsons School of Design, New York. Where she graduated in 2019 and showcased as part of her class at New York Fashion Week.
​She was awarded "Designer to watch" by Brown Thomas fashion director, Shelly Corkery. She exhibited work as part of Brown Thomas Create 2016. Aideen is also a recent participant in the Mittelmoda 23rd edition as part of Milano Unica, where she was selected for the "most creative collection" prize by Camera Nazionale della Moda Italiana and the Mittelmoda Jury. 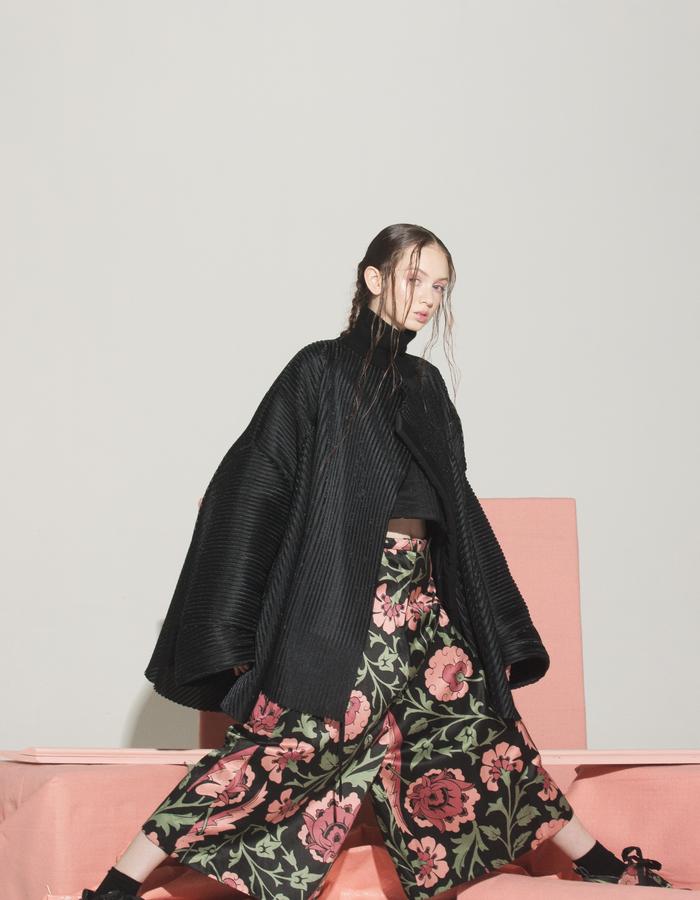 Influenced by the novel Hard Boiled Wonderland and the End of the world by Haruki Murakami.
The concept under pinning this womenswear collection is to create a narrative between two coexisting worlds. Reality colliding with a world of childhood memory. Research derives from visual representations of Victorian children's clothing, corsetry, the portraits of the " Hidden Victorian Mothers" and makes use of the work of Glaswegian Victorian textile designer Christopher Dresser.