Aboud Jammal is a Lebanese designer from Beirut,Lebanon.

At an early age, his interest in Women’s fashion grew high over the years and knew it would be more than just a temporary hobby.

In 2012, Aboud Jammal enrolled to ESMOD International Fashion University where he had the opportunity to do an internship at Zuhair Murad. Eventually earning his BA in Fashion Design in 2015.
Upon graduation, Aboud was selected to participate in the Beirut young fashion designer competition where out of 25 other talents, Aboud earned the first place trophy.
The collection that was presented grabbed immense attention to the judges and outside of the competition, beginning his journey as a well known fashion designer.

In early 2016, at the “International fete de la mode a Tunis”, Aboud showcased his Fall/Winter collection as the only Lebanese designer.
Luxurious and sophisticated Arts Era combined with modern
hallucinatory vision is the accurate description of Aboud Jammal’s next collection.
In 2016, ‘’the rise of venus SS17’’ pret a couture collection was
presented in Beirut fashion week following great commercial
success locally and abroad. 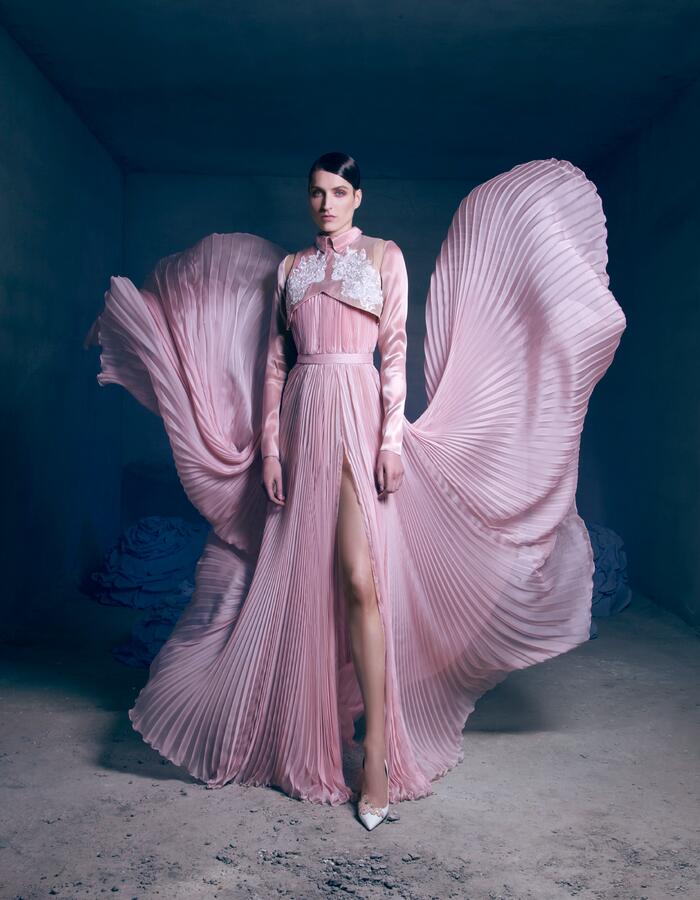