Seoul born and Hong Kong trained designer Sue Suh's first debut show at Hong Kong Fashion Week 2015 was first awarded the Brand Ready Award and Collection of the Year Award, the international awards and recognition continue to distinguish Sue Suh (a.k.a 8CUFF) as a young talent and a design innovator. 8 stands for the symbol of infinity and the cuff follows the connection between good and bad, which means the world we live in is an endless loop of condemn and condone. Sue Suh explores gender boundaries in her design aesthetics and tries to find innovation between the commercial and avant-garde industries. Awarded the Silver Award in the Avant-Garde Menswear category at the International Design Awards in Los Angeles in March 2015, 8CUFF stood out from 1,000 entries submitted by designers from 52 countries throughout the world. Further recognition includes: 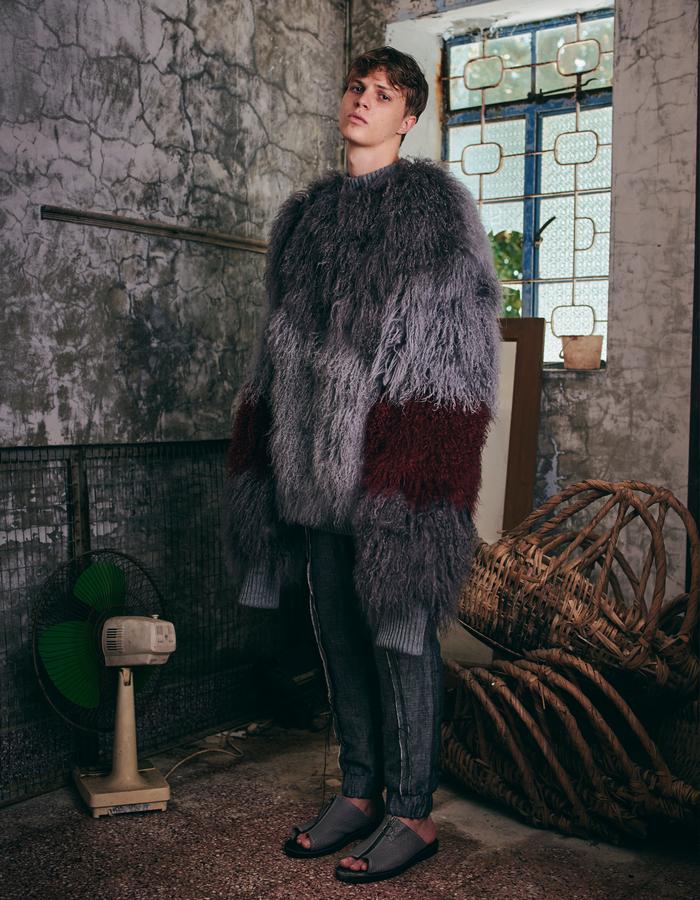 Sometimes anxiety creates the desire to escape; a will for various forms of immortality which may lead to surreal obsession.

The original inspiration for this collection comes from a Hungarian film, Taxidermia. The story is about different kinds of desire and obsession through 3 generations with gore and an eccentric mood. The story line is very extreme but this inspired me with feelings of ‘uncertainty’ which intrigued me in various way.

"I am making a collection hoping this could be my legacy but I don't realise this might be false hope because I have to believe in myself." The kind of anxiety loop comes to those creative people when it comes to what they desire. The uncertainty makes people move, to jump in to another challenge and to desire, but it may drag someone down to an obsession.

This collection is a form of my obsession desiring to describe the uncertainty of reality.