As an Internet-born generation, we are all familiar with the most infamous domain error: 404 “not found”. 404 Studio stands as an analogy between the obsolescence of Internet, that is constantly being shaped to our modern needs, and the traditional metier of crochet, which is the brand’s main technique.

404 is an emerging fashion brand - born and based in Spain - whose approach to Fashion is based on seeking uniqueness and reinventing tradition through a contemporary vision, by the design and production of handmade and limited edition knitwear garments.

However, the whole concept goes far beyond a mere fashion brand, being considered as a laboratory of creation.
In addition, 404 merges fashion with different creative expressions such as art and cinema, each collection being aroused by a movie - such as Lolita by Kubrick, Twin Peaks by Lynch, Suspiria by Argento, The Prisioner 1967.

Thus, it brings out a reinterpretation of the chosen screenplay’s imaginary and aesthetics through the garments, which - at once - is communicated by different artistic manners.

The brand recreates an artistic universe, offering an experience that allows people to glimpse into 404’s creative atmosphere and further understanding of the cultural idea expressed in the film. 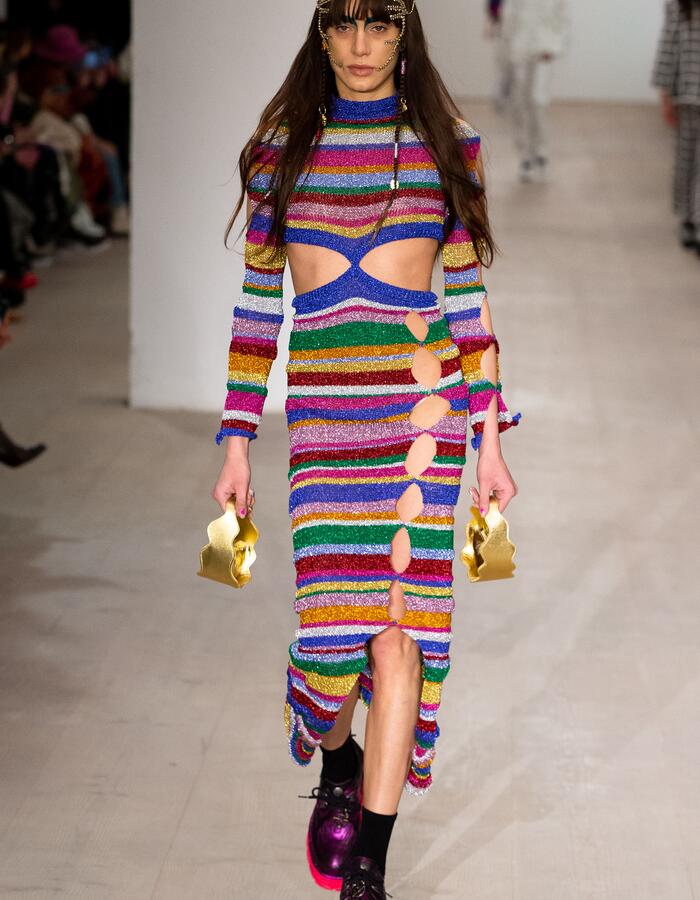 This is your week, this is your chance to see the collection that will connect you with the gods that the great Jodorowsky imagined back in 1973. If you are seeking immortality, you are in the right place. Through this show, you will dive in a new dimension, one that is sacred and surrealist; a universe that is inhabited by the Holy Mountain characters. They will be the ones guiding you through the solar system to reconnect with yourself. Do not be afraid, trust the stars and open your spirit. Let yourself go with the beauty of 404 Studio’s handcrafted clothing, as well as the capsule collections that complement this season: the shoes by New Rock, the bags from Belfry, hats by Pardo Hats and a collaboration with Lois Jeans.
This experience will expand your universe and will become the excitement you were seeking. Also, in this year of changes, we recommend you to dive in the eclectic rhythm of Allan Parrish and the artistic energy of Alex Marco.
Show your gratitude to Vijusa every morning and you will only hear good news. Anais Vauxcelles, creative director, wishes you luck on your quest to the Holy Mountain.